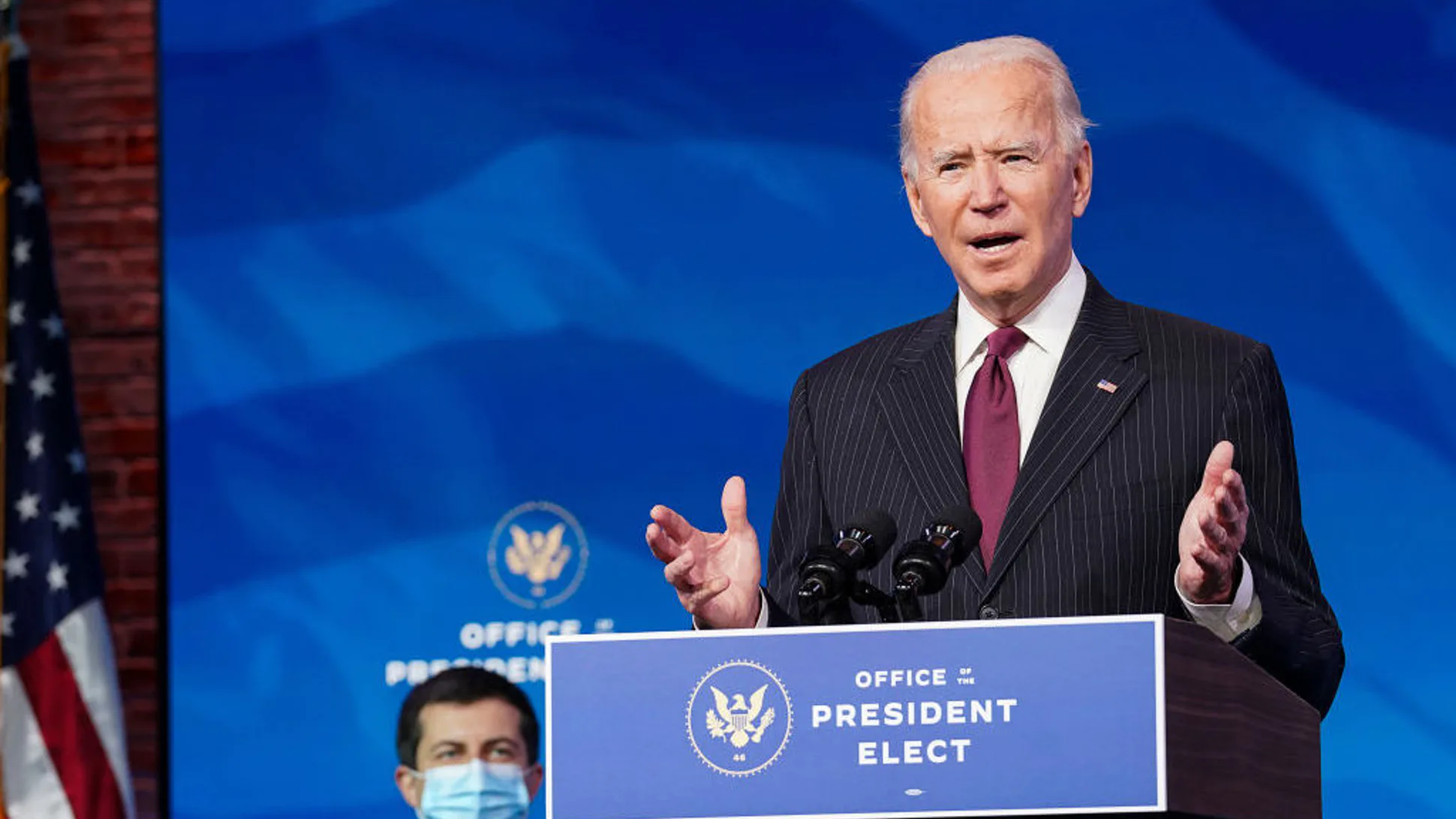 Joe Biden blasted President Donald Trump late Saturday ver the president’s decision not to sign a coronavirus relief bill before funding for the federal supplemental unemployment benefit ran out Saturday night. Biden called Trump’s veto an “abdication of responsibility,” though both Democrats and Republicans agreed to the $600 stimulus checks the president finds objectionable.

“It is the day after Christmas, and millions of families don’t know if they’ll be able to make ends meet because of President Donald Trump’s refusal to sign an economic relief bill approved by Congress with an overwhelming and bipartisan majority,” Biden said in a statement.

“This abdication of responsibility has devastating consequences. Today, about 10 million Americans will lose unemployment insurance benefits” Biden continued. “In just a few days, government funding will expire, putting vital services and paychecks for military personnel at risk. In less than a week, a moratorium on evictions expires, putting millions at risk of being forced from their homes over the holidays.”

Trump vetoed the bill late last week after it passed both houses of Congress by overwhelming majorities. Although the White House was involved in negotiating the final coronavirus relief deal, along with Speaker of the House Nancy Pelosi (D-CA), the president decided, after the bill passed, to object to the $600 individual stimulus checks to be sent to taxpayers.

“Trump first denounced the $900 billion relief package on Tuesday, calling it a ‘disgrace’ in a video posted on Twitter,” USA Today reports.

Trump lashed out at “pork” spending contained in the relief bill and its sister omnibus spending bill: “It’s called the COVID relief bill, but it has almost nothing to do with COVID,” Trump said. “I’m asking Congress to amend this bill and increase the ridiculously low $600 to $2,000 or $4,000 for a couple.”

Trump retweeted his comments on Sunday, pressuring Congress to reach a deal.

Instead, the president demanded $2,000 per taxpayer — and Democrats, pressed by their left flank, quickly agreed that the amount of each individual stimulus payment should be tripled.

Congress was not able to get a measure, upping the payments, passed by unanimous consent before adjourning for the Christmas holiday on Thursday. The next chance for negotiation will be Monday, but Congress also needs to hammer out either a full compromise that includes the omnibus spending bill designed to fund the full federal government through 2021 or pass both a coronavirus relief package and a continuing resolution, funding the government temporarily until it can hammer out a bigger bill.

Trump said Friday that he is now directly involved in pressuring legislators to return to the bargaining table and approve the $2,000 checks.

“Made many calls and had meetings at Trump International in Palm Beach, Florida,” Trump tweeted Friday. “Why would politicians not want to give people $2000, rather than only $600? It wasn’t their fault, it was China. Give our people the money!”

Pelosi said late last week that Democrats are prepared to meet the $2,000 number. Republicans were responsible for blocking the unanimous consent measure on Thursday.