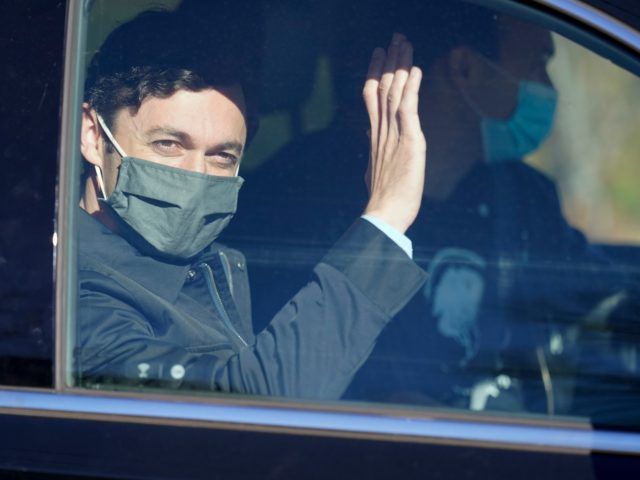 Georgia Senate Democrat Jon Ossoff raised nearly six times more in California than he did in Georgia, according to a recent Federal Election Commission (FEC) report.

Breitbart News reported Sunday that Ossoff, who hopes to defeat Sen. David Perdue (R-GA) in January, became the highest-funded candidate in the history of U.S. Senate elections as he raised $106.7 million between October 15 and December 16.

This is also the record for the most raised in two months.

Ossoff raised $14,731,746 in California and $2,550,267 in Georgia during the latest period. This amount to Ossoff raising nearly six times more money in a state over two thousand miles from the state he wants to represent in the Senate.

Rep. Rick Allen (R-GA) said during a campaign rally with Vice President Mike Pence in December he is “sick and tired” of “limousine liberals” from California and New York having undue influence in Georgia’s elections. He said:

Sen. Steve Daines (R-MT) told Breitbart News during an exclusive interview in December that out-of-state donations flooding into Georgia shows the donations are not “aligned” with Georgians.

“It shows you the money flooding in here is not aligned with Georgia values. This is California and New York liberal money coming into Georgia. We saw that very same thing in Montana,” Daines said.