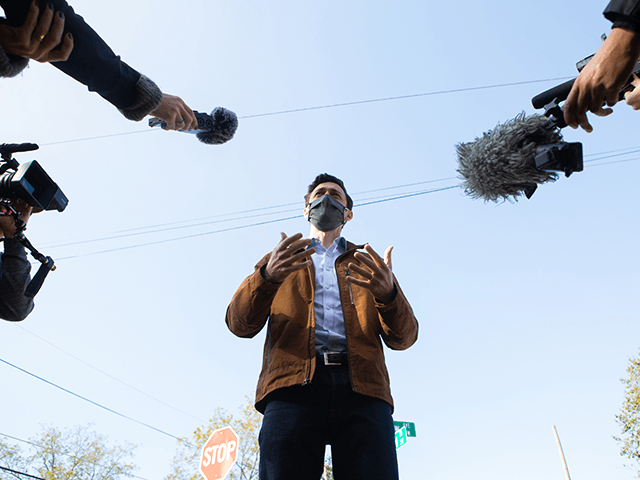 ATLANTA — Jon Ossoff, the Democrat challenging Republican Sen. David Perdue for U.S. Senate in Georgia, is reportedly declining to provide details behind his film company’s financial position, and he has not released his tax returns or made public the sum of his inheritance.

Ossoff, who is CEO of Insight TWI, a company that produces investigative video, reported his company value between $1 million and $5 million on his latest Senate financial disclosure form. The same form estimates Ossoff’s net worth between $2.3 million and $8.8 million, which includes the value of the company.

Ossoff, however, according to a recent Washington Post investigation, has said the details behind his company’s financial status would stay “confidential.” Ossoff also inherited an unknown sum from his grandfather, a lifelong resident of Boston’s North Shore and owner of Ossoff Leather Company, after his grandfather died in 2008, but will not disclose the amount.

Ossoff invested $250,000 along with a friend in Insight TWI in 2013 when he was 26 years old, and then, according to the Post, “eventually invested an unspecified additional amount, making him CEO and majority owner.”

In 2017, Ossoff then turned his focus to campaigning for U.S. House in a Georgia special election, reportedly out of disdain for Donald Trump’s 2016 presidential win. The race was not only the most expensive House race in history at its time, but the Post assessed that Ossoff had boasted his qualifications for Congress by using a “bit too much résumé puffery.”

Much of the focus on Ossoff in the contest was on whether the then-30-year-old had the experience to be a congressman. Ossoff campaigned in that race on the basis that “I’ve got five years of experience as a national security staffer in the U.S. Congress. I held top-secret security clearance.”

In fact, according to a report at the time by The Washington Post’s Fact Checker, two of those years were part-time work while he was a college student, and he held the clearance for only five months. The Fact Checker said his claims about his experience were “misleading enough” to merit one “Pinocchio” (on a scale with four being the worst) and that he had engaged in a “bit too much résumé puffery.”

Ossoff lost the race by three percentage points and refocused on his CEO role.

Insight TWI has done investigative work and made business deals on a global scale, reporting recently, for instance, that it received more than $5,000 in payments from companies based in the U.K., China, Qatar, Poland, Australia, and others.

Ossoff’s significant role in the company, however, has opened him up to criticism for lacking transparency as a full picture of Ossoff’s personal profits from the company is not clear. “I’d like him to explain where his money comes from, really, in his business,” Perdue has said.

Also contributing to the issue of transparency is one payment in particular, from Hong-Kong based PCCW, that Ossoff omitted from his May Senate filing report. PCCW is owned in part by China Unicom, the CEO of which is a CCP member, and is chaired by Richard Li, who openly opposes Hong Kong independence.

Ossoff later added the payment to an amended filing in July, but then told the Atlanta Journal-Constitution in November that he actually received only $1,000 from PCCW despite the filing report asking, “Did you receive compensation of more than $5,000 from a single source in the two prior years?”

Ossoff’s campaign has dismissed questions surrounding Insight TWI, saying the company “is a healthy, 30-year-old organization with a sterling reputation, ongoing international businesses, and no significant third-party debt” and has called concerns about the CCP-linked payment a “laughable smear campaign.”

Perdue’s campaign, however, has called the outstanding questions “shady” and pointed to Ossoff’s campaign message about fighting corruption and Ossoff’s constant attacks on the finances of Perdue — who is one of the wealthiest U.S. senators — as an indication of hypocrisy. The campaign has also called for more insight into Ossoff’s company’s finances.

“Jon Ossoff demands transparency from everyone but himself,” Perdue campaign spokesman John Burke said. “After spending months and millions of dollars peddling discredited lies about Senator Perdue’s finances, Ossoff should not be allowed to escape scrutiny through stonewalling and obfuscation.”

“Ossoff must be held accountable for his shady activities and release all financial records from TWI,” Burke added.