Waters Claims Trump ‘Compromised’ by Putin; Says We Must ‘Rely on Biden’ 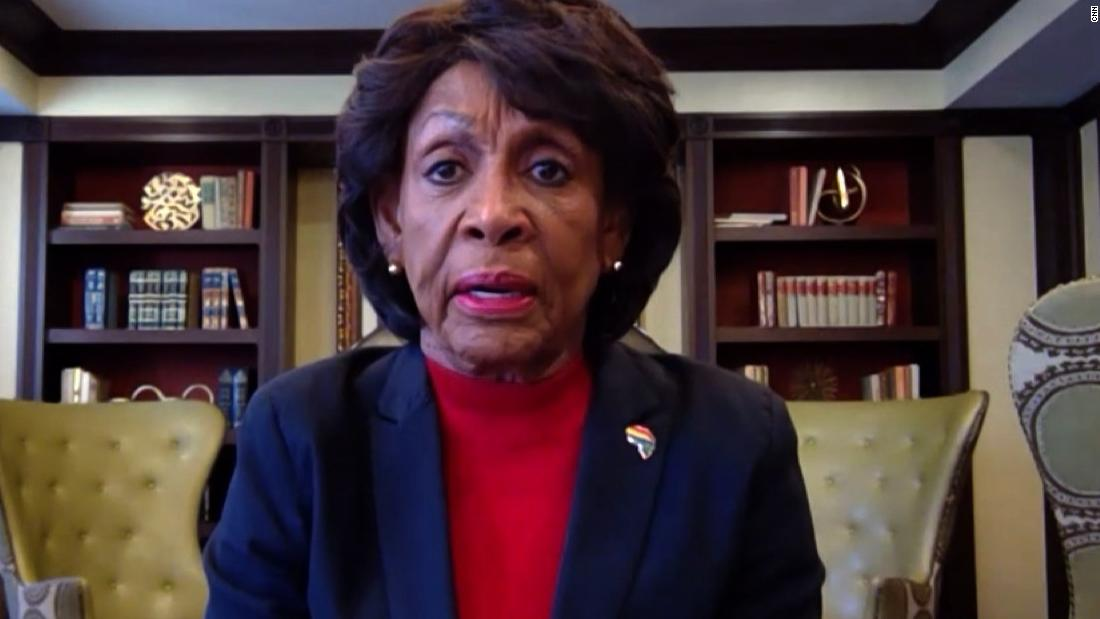 California Democrat Rep. Maxine Waters has gone off the deep end again with her latest comments about President Donald Trump.

During an interview on CNN, Waters claimed that Trump was “compromised” by Russian President Vladimir Putin.

When asked about Russia’s alleged hack of the U.S. government and technology companies, Waters said, “Well, here’s what I know about Russia and Putin. They have, in fact, you know, compromised this president. And this president will not condemn them, will not criticize them. And even when he knows it’s a threat, whether it is our election systems or to our energy systems, he is not going to do anything to disagree with them because he’s a compromise president.”

She continued, “He’s a president whose allies here in the United States are connected to the oligarchs of Russia. They have money agreements, et cetera, et cetera. So, we cannot expect any pushback. We’ve got to rely on Biden. And we’ve got to rely on the new administration to stand up to Russia. And to stand up to China and to be the kind of government that’s looking out for the best for their country and America. That’s what we’re relying on. We cannot expect anything from this administration.”

When asked if she believes Russia was behind the hack, Waters said, “Oh, absolutely. As a matter of fact, all of the intelligence has supported that. His own, you know, administration, folks in the administration are saying that this is true. It’s only the president who can’t open his mouth and basically live up to the expectation of the American people for support against the enemy.”

Rep. Maxine Waters: "Here's what I know about Russia and Putin -- they have in fact compromised this President." pic.twitter.com/4r54fGIZ4f

Waters has been vocally anti-Trump for nearly four years.

“On my 3/2017 pinned tweet one can see [Paul] Manafort, [Michael] Flynn, [Roger] Stone, all of whom have been pardoned [and] more of them to come. They know the criminal [and] illegal relationship [between] Trump [and] Putin! They’re part of it! We missed our opportunity to impeach him for treason. [New York] can make up for it!” Waters tweeted.

On my 3/2017 pinned tweet one can see Manafort, Flynn, Stone, all of whom have been pardoned & more of them to come. They know the criminal & illegal relationship btw Trump & Putin! They’re part of it! We missed our opportunity to impeach him for treason. NY can make up for it!

During an interview last month on “The Joe Madison Show” on SiriusXM, Waters blasted black Trump voters as “shameful.”

Waters said: “I don’t even know where any blacks would be coming from that would be voting for Trump. It just hurts me so bad to see blacks talking about supporting Trump. I don’t know why they would be doing it. I don’t know why it is on their minds.”

“He’s a racist,” Waters continued. “He does not have any appreciation for black people and black women in particular.”

He’s a racist. He does not have any appreciation for Black people and Black women in particular. He’s talked about it so bad. He talked about John Lewis so bad. He talked about Cummings so bad. He has no respect for us. He’s not doing anything for us. And for those Black young men who think somehow they can align themselves with Trump. Trump, not only their [sic]. Any of them showing their face, I will never ever forgive them for undermining the possibility to help their own people and their own communities. It is absolutely unconscionable. It is shameful.