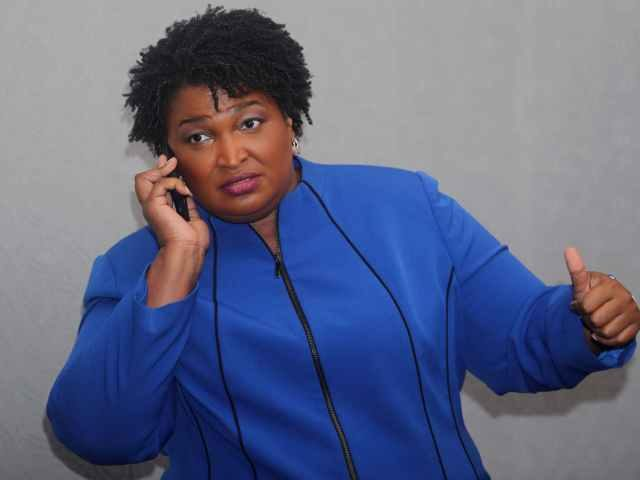 Gardner on Monday ruled in favor of Majority Forward, the nonprofit organization of former Clinton campaign attorney Marc Elias, who remains at the helm of many of the voting challenges seeded throughout the U.S. He contended that Republicans tried to “disenfranchise” thousands of voters, particularly 4,000 in two Georgia counties — Muscogee County and Ben Hill County — based on groundless “change-of-address” data.

A voter named Ralph Russell brought forth the challenge in mid-December, alleging that he “had compared evidence from publicly accessible voter registration databases to prove that these voters had moved out of Georgia,” per Politico.

Russell reportedly told the board that he believed that the individuals “as a result of registering their name and change of address to a location outside of Muscogee County, removed to another state with the intention of making the new state their residence.”

The Ben Hill County board supported a similar challenge from Fitzgerald city council member Tommy Roberts. The challenges are part of True the Vote’s greater effort to expose voter fraud across the U.S., particularly on behalf of Georgia voters as the runoffs quickly approach. Breitbart News detailed:

True the Vote has submitted 364,541 written Elector Challenges on behalf of voters in Georgia, representing all 159 counties.

News of the challenge came in a press release in which the organization defined the challenge as a “unique feature in Georgia law,” identified as GA. CODE ANN. § 21-2-230.

According to True the Vote, the law “allows a voter to challenge the eligibility of any other voters in his or her county if probable cause exists to show that the challenged voter does not meet the qualifications legally required to cast a ballot.” In addition, it “represents one of the few vehicles that states have to update voter rolls ahead of an election without compromising any legitimate voters’ right to have their vote counted.”

“Ongoing debates about the November election throughout the country have Americans focused intently on improving the integrity of our elections and restoring the faith of voters,” True the Vote founder Catherine Engelbrecht said in a statement.

“Today we assisted concerned Georgia voters in taking a stand for the sanctity of every legal vote,” she added.

Gardner, however, sided with the plaintiffs, concluding that the counties “improperly relied on unverified change-of-address data to invalidate registrations”:

The suit, brought by national Democratic Party attorney Marc Elias’ group Democracy Forward, followed an effort to challenge the lengthy roster of voters simply because their registrations appeared to match U.S. Postal Service change-of address records. Voting officials in the two counties agreed to remove the voters, despite warnings from Democrats that such postal data is not a reliable or conclusive indicator that a voter has given up their local residence.

The Court has considered Plaintiffs’ motion for temporary restraining order, supporting authorities, and the evidence and pleadings of record, and finds that: (1) Plaintiffs are likely to succeed on the merits of their claim; (2) Plaintiffs will suffer irreparable injury unless this Court issues an injunction granting relief; (3) the threatened injury to Plaintiffs outweighs possible harm that the injunction may cause the opposing parties; and (4) the injunction is in the public interest. The Court thus finds that Plaintiffs have clearly established their burden of persuasion as to each of these four factors, and accordingly Plaintiffs’ Motion is GRANTED.

“This makes no sense. A judge (the sister of Stacey Abrams) ruled that when someone tells the US Postal Service they have moved they still can vote from their old address,” Ari Fleischer, former White House press secretary under George W. Bush, remarked following the news of the ruling:

This makes no sense. A judge (the sister of Stacey Abrams) ruled that when someone tells the US Postal Service they have moved they still can vote from their old address.

Rules have no meaning any more. This is nuts. https://t.co/X9FUkto3td

Elias referred to the ruling as a “blow to GOP voter suppression” — a narrative commonly touted by Democrats, including the judge’s sister, Stacey Abrams:

Republicans tried to disenfranchise over 300,000 Georgia voters. This victory means 4000 voters in 2 counties are protected.

We continue to monitor how other Georgia counties respond to the suppression scheme. Where necessary, we will sue and we will win. https://t.co/bcIYjkZwp8

Abrams will be joining actress Julia Louis-Dreyfus on Tuesday for what has been described as a final grassroots fundraiser to flip Georgia “blue blue blue.”