Check out WGN’s story about an executive board member at the Chicago Teachers Union. 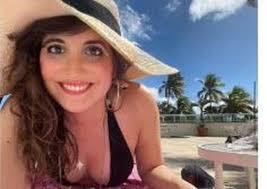 Hypocrite Sarah Chambers enjoying some time away from the Rona.

“As recently as Thursday,” according to WGN, Sarah Chambers “tweeted to rally special education teachers not to return to work Monday because it’s unsafe. Just a few hours earlier, Chambers posted a picture on Instagram that appears to show her pool side in Puerto Rico and talking about going to Old San Juan for seafood.”

According to WGN, the post also mentions she previously had COVID, got a negative test result and consulted her doctor before traveling. Once the story broke, Chambers quickly deleted all evidence of her hypocrisy and nuked her instragram account.

Chambers, you may remember, was part of that solidarity mission last year by CTU members to communist Venezuela we wrote about.

At the time, she said on Twitter that “The USA does not want people to realize that another world is possible with justice and love.” Chambers also wrote on Twitter that the delegation hadn’t seen a single homeless person during their trip. No mention that housing might be plentiful because over three million people have fled – about 10% of the population. 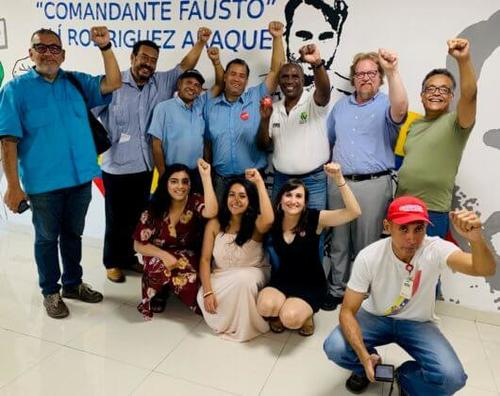 In 2017, the school district fired her for, as reported by WTTW,“leaving her own classroom to barge into classrooms of other teachers and issue her own instructions to students, interfering with statewide tests, and participating in a scheme to remove and transport students without any chaperone who had cleared criminal background checks, without alerting school officials which students would be missing from class and which students were unaccounted for….”

However, she claimed she was fired in retaliation for other matters and the CTU got her reinstated, the union says.

Props to Ben Bradley at WGN for catching this story. We might have missed it because Sarah, as good communists tend to do, blocked us on Twitter long ago.