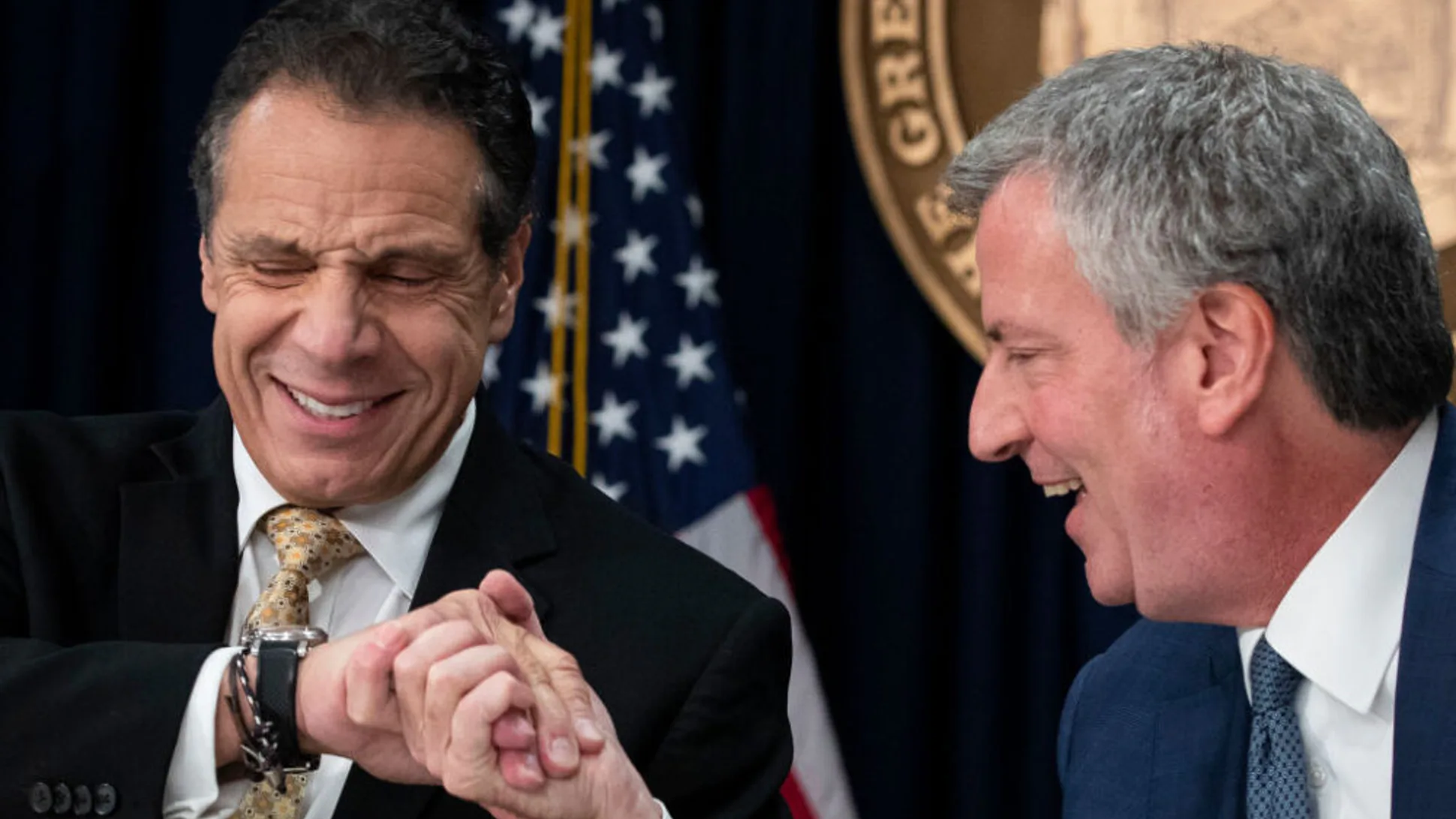 New York has administered less than a third of its allocated COVID-19 vaccines and New York City has administered just a quarter of its shots, state data shows, despite Governor Andrew Cuomo’s complaints about the Trump administration’s virus distribution plan.

The New York Post reports that only “around 630,000 vaccine doses have been sent to the Empire State, but just 203,000 doses had actually made their way into New Yorkers’ arms as of Wednesday, state data shows.” New York City fares even worse, with just “around 22.5 percent of the 12.4 million doses distributed.”

“In New York City, some 88,000 people have received a first dose over the last three weeks, as the vaccine began being administered to health care workers and nursing home residents,” the outlet reports.

This is despite Cuomo’s decision to criticize the Trump administration’s vaccine distribution plan, which he said was an “affront” to justice, according to CBS News, because the administration refused to prioritize low income and minority citizens.

At one point, Cuomo even threatened to sue the Trump administration to force them to reconfigure how they dole out the millions of vaccines.

“We will fight to make sure every life is protected equally because enough people have died and enough injustice has been done during COVID,” he said. “It stops now and it stops with this vaccine.”

Unfortunately, it seems New York has bigger things to worry about than where ethnic minorities fall in line to receive a coronavirus jab.

“We are far, far behind where we need to be,” said Councilman Mark Levine told the Post. “We should be vaccinating 400,000 people a week.”

The problem is, no doubt, partly the fault of flaws in the federal vaccine distribution plan. Manufacturers like Pfizer and Moderna have shipped more than 12 million vials, but only 3 million people have so far received the first dose of the vaccine, and both Pfizer and Moderna say patients will need two doses for them to reach full immunity and for the United States to have any hope of achieving herd immunity.

“But that doesn’t absolve New York officials, particularly when Cuomo has held himself up as the coronavirus king par excellence, even writing a book praising his own leadership,” the New York Post editorial board added in its own commentary on the problem.

Levine also says on Twitter that New York is having a particularly difficult time inoculating residents.

“Vaccination in New York City is basically only occurring during regular business hours. Very little on weekends. Almost none on holidays,” Levin notes, with a chart showing that New York is vaccinating fewer than 10,000 people per day — and often fewer than 5,000.

Vaccination in New York City is basically only occurring during regular business hours. Very little on weekends. Almost none on holidays.

We are in a war-like situation. We need to be vaccinating TWENTY FOUR-SEVEN. We are losing precious time. pic.twitter.com/BpOpCRHVby

Levine is drafting this own plan, demanding that the city open one 24/7 vaccination site in each ZIP code, that it activates members of the Medical Reserve Corps, and that the city creates an emergency program to train anyone willing to volunteer to administer the shot.