Campaign Director: Warnock ‘Absolutely’ Backs Defunding Police, ‘Most of Them Are Bad’ 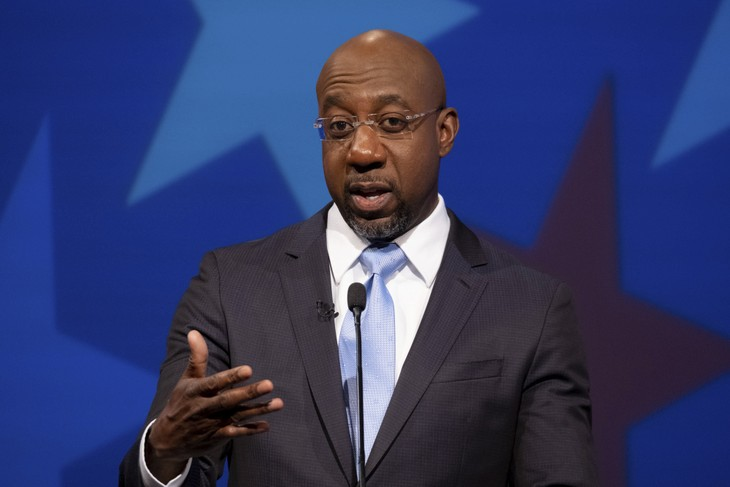 Project Veritas Action went undercover with the campaign for Georgia Senate candidate Raphael Warnock, revealing some duplicity in the radical Democrat’s campaign messaging. While Warnock officially does not support defunding the police, his campaign staff said he “absolutely” would defund “these suckers in blue.”

“So, he avoids using defunding the police, because he knows that the Republicans are gonna try to grab onto it and attack, right?” Derrick Bhole, finance assistant with the Warnock campaign, told an undercover Project Veritas Action journalist. “But in reality, his whole platform with police reform is along the lines of the same people who are saying defund the police.”

“Just not using the same rhetoric, you know,” Bhole added.

Sasha Williams, director of small business development for the Warnock campaign, also told a Project Veritas Action journalist that Warnock is “absolutely” on the side of radical activists who would defund the police.

“But he is on our side for defunding these suckers in blue, these police?” the undercover journalist asked Williams in a conference call.

Later on in the call, Williams admitted that black-on-black crime is a serious problem in Atlanta — a problem that black people must address without blaming it on racism.

Williams lamented one particularly tragic death of a 7-year-old girl shot while sitting in a car at Lenox Mall. “Black people did that, it wasn’t white people.”

“There has to be a contract between black people that we won’t kill each other,” she insisted. “We’re responsible for that little girl dying, a seven-year-old girl dying, yes. That had nothing to do with racism, that was, there was no white person involved.”

Yet Williams went on to insist that she’s still on the side of Black Lives Matter, claiming that there is structural racism in police departments.

“You know, police officers are not all good, you know what I’m saying? Most of them are bad, we know that,” she argued.

Project Veritas Action also published a rather disturbing quote from Williams that did not make it into the 4-minute video.

These remarks cast doubts on Warnock’s insistence that he does not support defunding the police. The Warnock campaign did not respond to PJ Media’s request for comment by press time.

Warnock is running against Sen. Kelly Loeffler (R-Ga.) in the special election runoff on Tuesday. Loeffler has slammed Warnock as a “radical liberal,” noting that Warnock carried water for the late Cuban dictator Fidel Castro after his death in 2016, that Warnock worked at a church that hosted Castro in 1995, and that Warnock’s church hosted the infamous Jeremiah Wright in 2014. Former President Barack Obama distanced himself from Wright — who became infamous for his “God damn America” sermon — but Warnock publicly defended the firebrand.

Warnock is far too radical for Georgia.