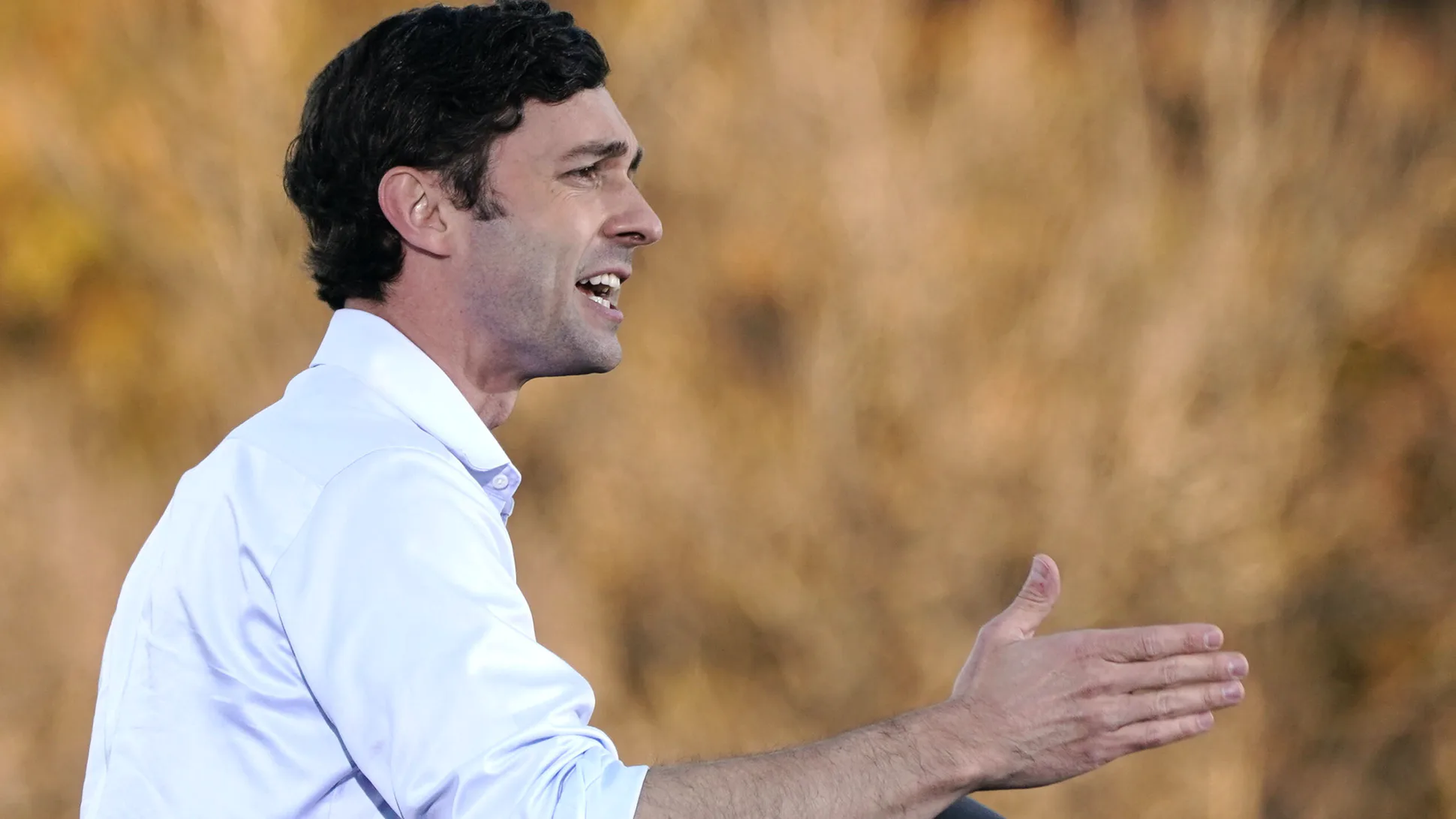 Ossoff’s attacks on Loeffler, falsely claiming that she has been “campaigning” with a member of the Ku Klux Klan, was so categorically false that left-leaning CNN ran a fact-check report on the claim last week.

“This is false,” CNN ruled. “A former member of the KKK took a photo with Loeffler while she was campaigning earlier this month. Loeffler’s campaign said the senator did not know who the man was and would have removed him from the event had she known. This is not, at all, the same as ‘campaigning with a klansman,’ as Ossoff claimed. Politicians often take pictures with people they don’t know.”

CNN noted that there was “no evidence” that Loeffler recognized or sought the support of the man in the picture. Loeffler’s campaign condemned the man, saying, “Kelly had no idea who that was, and if she had she would have kicked him out immediately because we condemn in the most vociferous terms everything that he stands for.”

Tapper pressed Ossoff about the claim during an interview on Sunday on CNN’s “State of the Union,” which comes just two days before election day in Georgia.

Transcript of the exchange below:

JAKE TAPPER: You attacked Senator Loeffler this week, Loeffler, who is running against Democrat Raphael Warnock. You said that, quote, “Kelly Loeffler been campaigning with a Klansman” — unquote.

That’s not true. I mean, there — it is true that a former member of the Klan took a photo with Senator Loeffler at a campaign event. Her campaign says she didn’t know who he was at the time, and she has condemned him.

I’m sure you have taken photos with thousands of strangers. Isn’t it important for candidates to tell the truth?

JON OSSOFF: It is. And it’s even more distressing that this isn’t an isolated incident. Kelly Loeffler has repeatedly posed for photographs and been seen campaigning alongside radical white supremacists.

And I believe they’re drawn to her campaign, because her campaign has consisted almost entirely of racist attacks on the Black Lives Matter movement and on the black church. And so the fact that these elements continue to be drawn to her, to support her, to campaign alongside her, to appear in photos next to her is deeply distressing. And it’s happening at the same time that Kelly Loeffler and David Perdue and Georgia Republicans are mounting a vicious assault on voting rights in Georgia, lawsuit after lawsuit to disenfranchise black voters, purge the rolls, remove ballot drop boxes.

And I believe that one of the reasons we’re seeing such record-shattering turnout in Georgia right now is that Georgians are defying those efforts to rip away their voting rights and standing up and saying, we’re going to make our voices heard.

TAPPER: All right. But, just to be clear, she was not campaigning with a Klansman. That wasn’t true, what you said.

“Just to be clear, she was not campaigning with a klansman. That wasn't true, what you said."