Nancy Pelosi: Small Inauguration Is ‘Not a Concession to the Terrorists,’ but ‘Recognition of the Danger of COVID’ 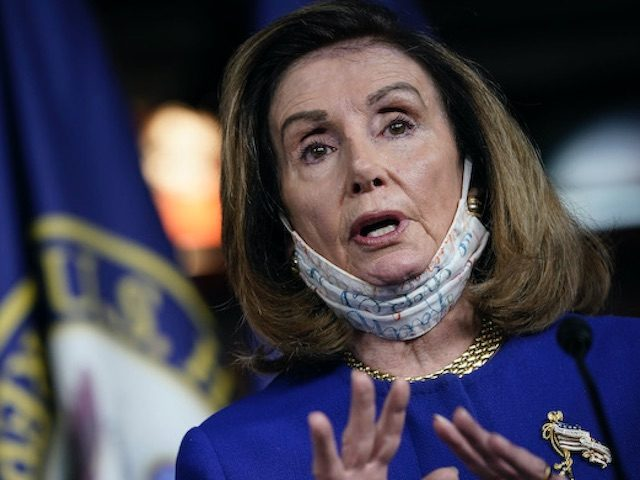 House Speaker Nancy Pelosi (D-CA) on Friday defended what is expected to be a small inauguration for President-elect Joe Biden (D) next week, emphasizing that the scaled-down event is “not a concession to the terrorists,” but a “recognition of the danger” of the Chinese coronavirus.

“For a long time now, weeks, it has been determined that we would have a very small inauguration because of COVID,” Pelosi told reporters during Friday’s press conference, adding, “that in order to have the distancing and the rest on the platform and then some people down below, it would be necessary to limit it,” she continued.

Pelosi said it is “most disappointing” because “we’re excited about nominating a new President of the United States, but not at the risk of people’s health and well-being and, indeed, their lives.”

“So this is always going to be small,” she said before mentioning the Capitol protests that occurred on January 6, adding that it necessitates additional security.

“Now, with the insurrection of last week, it is necessitated by security to have more security but hasn’t changed the nature of the swearing-in,” the 80-year-old lawmaker said.

“I think it’s important for people to know that,” she continued. “This is not a concession to the terrorists. It is a recognition of the danger of COVID.”

The inauguration is expected to be fairly unconventional, with the inaugural committee announcing this month that Biden will have a “virtual” parade, forgoing the traditional march because of coronavirus-related concerns.

President Trump will not attend Biden’s inauguration and is expected to leave the White House that morning. He will reportedly hold a farewell event at Joint Base Andrews before heading to Florida.