While statues of Founding Fathers are being toppled in the West, a new monument to Soviet leader Vladimir Lenin was just erected in Germany.

The Marxist-Leninist Party of Germany (MLPD) installed the seemingly privately-owned statue in the western German city of Gelsenkirchen, which sparked controversy among residents.

‘Seemingly’ private-owned because while the news reports don’t make it crystal clear, they did state that the statue was erected in front of MLPD’s headquarters. 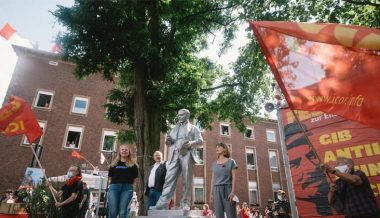 And you’ll probably see the irony in a privately-owned Lenin statue.

“The time for monuments to racists, anti-Semites, fascists, anti-communists and other relics of the past has clearly passed,” said MLPD chair Gabi Fechtner. “Lenin was an ahead-of-his-time thinker of world-historical importance, an early fighter for freedom and democracy.”

The statue wasn’t erected without controversy, however, as the mayor and the council unsuccessfully tried to block its installation. 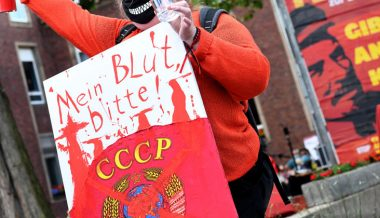 “It’s hard to put up with the fact that a dictator from the 21st Century is being placed on a pedestal and a memorial is being made out of it,” the mayor stated. “Unfortunately the courts have decided otherwise, we must accept that, but not without comment.”

There’s something ironically expected about the erection of a Lenin statue while statues of George Washington and other historic figures – including well-known abolitionists – are being vandalized or outright destroyed by protesters in the West.

Don’t be surprised if a Mao Zedong statue is soon erected somewhere in the United States.