Since last year the Department of Defense and other federal agencies have had a ban in effect on Chinese made surveillance cameras and tech believed tied to the Chinese government, with the The National Defense Authorization Act of the past two years including amendments and language ensuring federal agencies are prevented from purchasing surveillance cameras which Beijing could use for spying.

With major firms like Huawei, Dahua, Hikvision, and others already under US military and intelligence scrutiny and spotlight for China potentially using them for ‘Trojan Horse’ type surveillance activity in the US, the Pentagon is about to release a bombshell which will no doubt further escalate tensions between Beijing and the White House.

Reuters reports the Pentagon has cleared for public release its list of companies it deems owned or controlled by China’s military.

According to the breaking report:

The Trump administration has determined that top Chinese firms, including telecoms equipment giant Huawei Technologies and video surveillance company Hikvision, are owned or controlled by the Chinese military, laying the groundwork for new U.S. financial sanctions, according to a document seen by Reuters on Wednesday.

In total the list is said to include 20 companies under the aegis of China’s PLA:

The list of 20 companies that Washington alleges are backed by the People’s Liberation Army also includes China Mobile Communications Group and China Telecommunications Corp as well as aircraft manufacturer Aviation Industry Corp of China. A U.S. defense official speaking on condition of anonymity confirmed the authenticity of the document and said it had been sent to Congress.

Axios later in the day Wednesday obtained the list and published it: 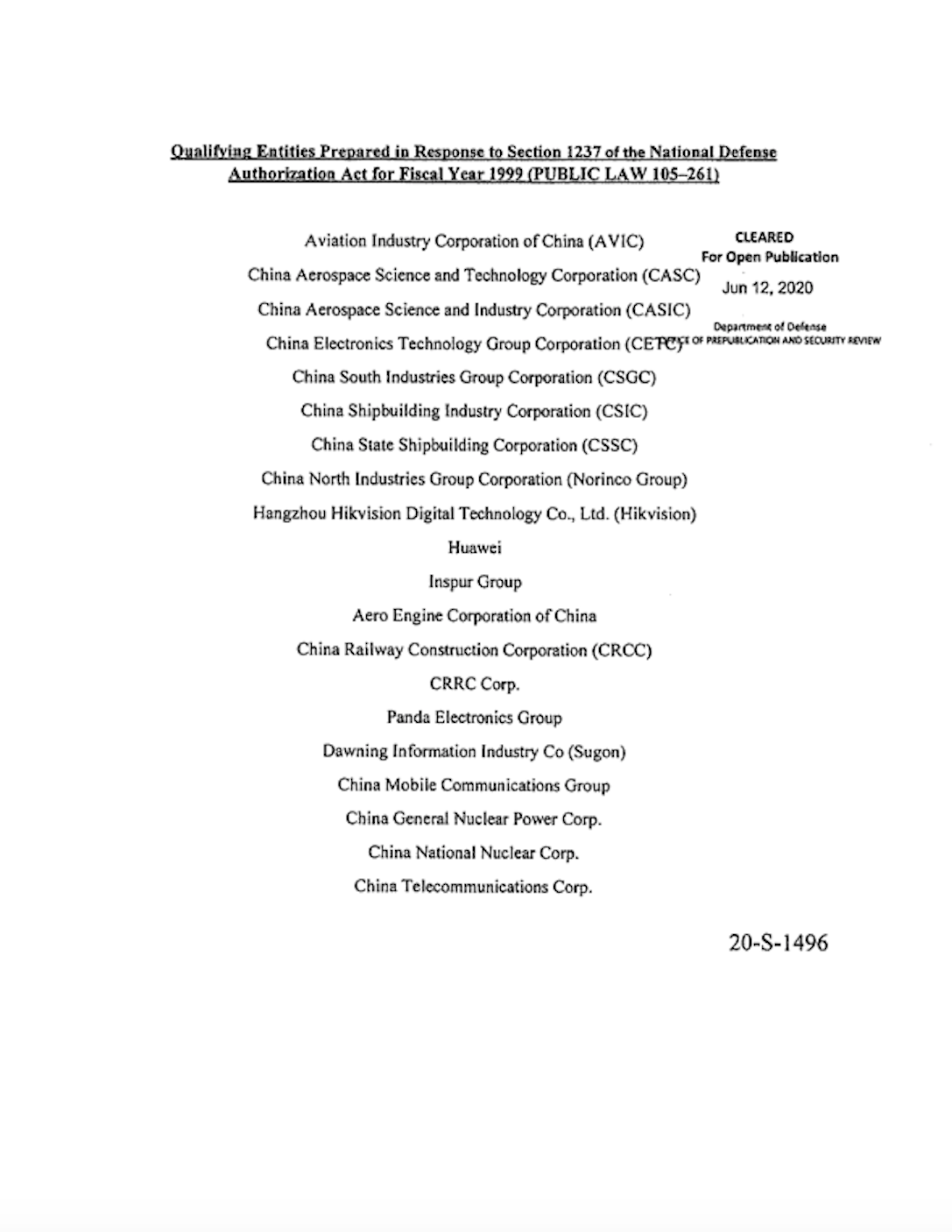 Meanwhile much closer to home, we wonder if these “concerns” are still being looked into?

May or may not??? General Dunford, @thejointstaff, has publicly warned for months there most certainly is concern about Google’s China business: FROM MARCH: https://t.co/NRha2buz8d https://t.co/T6UntbhKv2

What’s more is that it’s seen as paving the way for further US sanctions and financial restrictions aimed at disrupting the companies ability to do business in the United States and in the West more broadly.