3,500 Mile-Long “Godzilla Dust Cloud” Will Hit US Southeast Within Hours 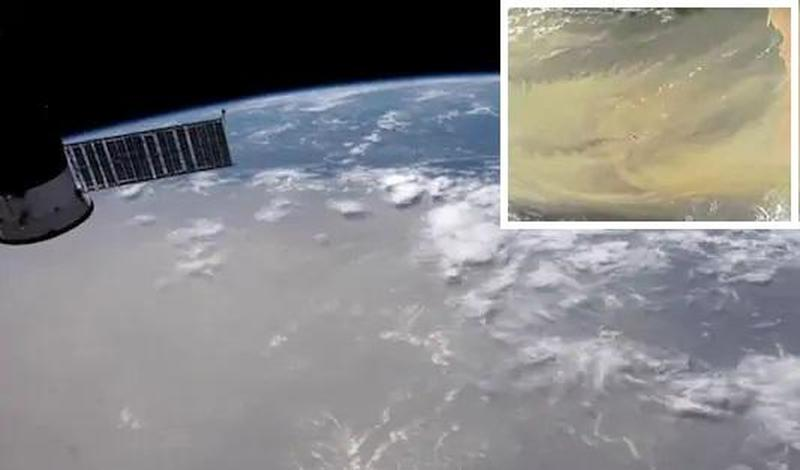 A giant dust cloud which has traveled 5,000 miles from North Africa is touching down on the US Southeast this weekend, and will cause a brown haze and raising respiratory health concerns amid the coronavirus pandemic, according to Reuters.

The North African dust storm is an annual occurrence - however this year it’s the most dense it’s been in more than 50 years according to meteorologists, which some have dubbed the “Godzilla dust cloud.”

This weekend it will descend on Florida, moving west into Texas and into North Carolina through Arkansas, according to the National Weather Service (NWS).

“It’s a really dry layer of air that contains these very fine dust particulates. It occurs every summer,” according to NWS meteorologist Patrick Blood. “Some of these plumes contain more particles, and right now we expecting a very large plume of dust in the Gulf Coast.”

This year, the dust is the most dense it has been in a half a century, several meteorologists told Reuters earlier this week as it crossed over the Caribbean.

The Saharan dust plume will hang over the region until the middle of next week, deteriorating the air quality in Texas, Florida and other states where the number of COVID-19 cases has recently spiked. -Reuters

“There’s emerging evidence of potential interactions between air pollution and the risk of COVID, so at this stage we are concerned,” said Boston University School of Public Health professor of environmental health, Gregory Wellenius.

Skies in affected states are expected to be hazy with reduced visibility, along with a blanketing of dust. According to meteorologists, the dry air mass that carries the dust can suppress the formation of hurricanes and tropical storms, and can produce enhanced sunrises and sunsets.