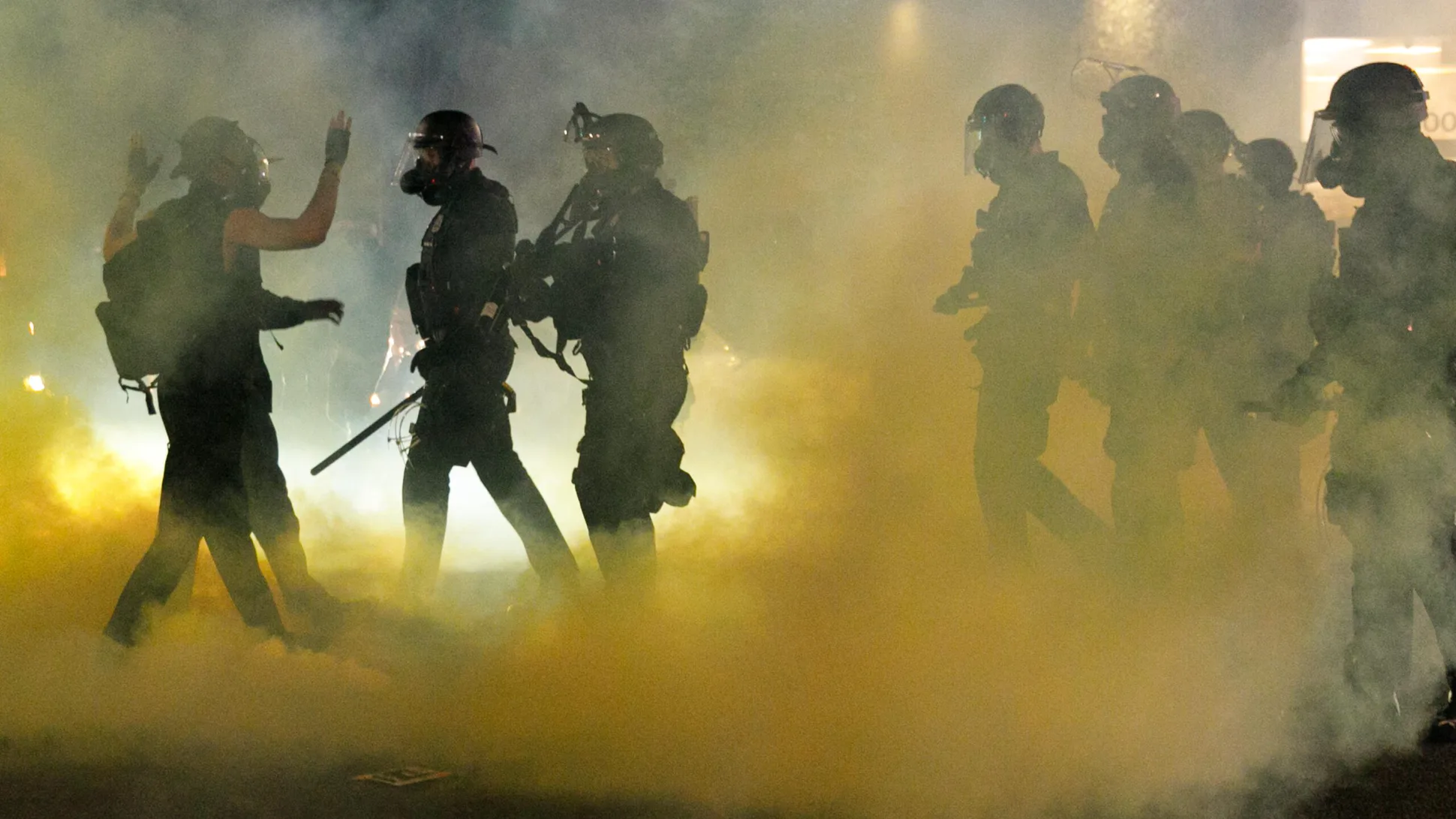 After nearly 40 days of unrest, demonstrators in Portland, Oregon, have successfully evicted law enforcement from a park in the city’s downtown, creating their own “autonomous zone” like the one that was dismantled last week in Seattle, Washington.

“Anti-fascist” protesters have been waging a nightly war against police and federal law enforcement agents in downtown Portland, centered around a federal courthouse that demonstrators were looking to “occupy.” The confrontations gradually became more violent until, in an incident earlier this week, a protester received a gruesome injury from a non-lethal pellet after allegedly throwing a “canister” at federal agents.

Tuesday night, the protesters gave up the fight for the courthouse and instead decided to set up an “occupied” area in the city’s Lownsdale Square, just across the street, according to Fox News.

“Demonstrators began erecting tents in downtown Portland’s Lownsdale Square, across the street from the federal Pioneer Courthouse, one of the federal properties Homeland Security sought to protect by bringing federal officers into the city two weeks ago,” the outlet reported. “A camera at the Portland Standard Building showed protesters beginning to assemble tents late Tuesday night in the same park where ‘Occupy Portland’ set up in 2011.”

The “Pacific Northwest Youth Liberation Front,” an “anti-capitalist” group that the Seattle Times reported Monday has organized and supplied protesters for their nightly attacks on the courthouse, informally announced the creation of an “autonomous zone” Tuesday night and asked for volunteers to staff the area around the clock.

Barricade at the Chinook Land Autonomous Territory (#CLAT).
People are needed here ALL night long, especially in the early morning! Get on over rn! Bring some tents. pic.twitter.com/cP5cG77m9m

The Portland Police also note that a “couple hundred demonstrators gathered at Revolution Hall in Southeast Portland and marched all throughout downtown Portland before ending their march at Pioneer Square,” where they blocked traffic, set up tents, and began erecting barricades using “industrial kitchen appliances, road blockades, and flashing traffic signs.”

“I told the Acting Secretary [of Homeland Security] that my biggest immediate concern is the violence federal officers brought to our streets in recent days, and the life-threatening tactics his agents use. We do not need or want their help,” Wheeler tweeted earlier this week. “The best thing they can do is stay inside their building, or leave Portland altogether. Our goal is to end these violent demonstrations quickly and safely. And in the meantime, I asked him to clean up the graffiti on local federal facilities.”

Initially, Seattle’s Mayor Durkan had the same attitude toward the Capitol Hill Occupied Protest, or CHOP, that sprang up in that city’s Capitol Hill neighborhood, calling the demonstration a “block party” and suggesting protesters would engage in a “summer of love.”

Durkan was forced to use police to dismantle CHOP after three individuals were killed in gun violence inside and near the boundaries of the occupied protest.