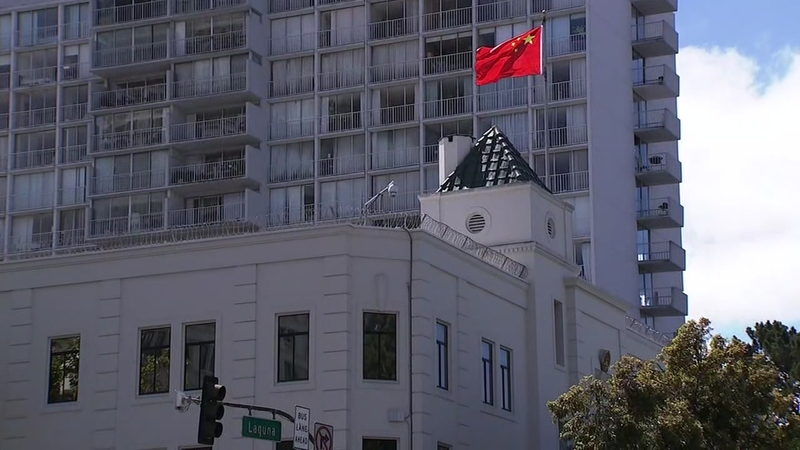 During a regular press briefing, Chinese Foreign Ministry Spokesman Wang Wenbin accused Washington of “political persecution” on Thursday after being asked about the arrest by a reporter.

But Wang stopped short of saying whether Tang was being deliberately sheltered by diplomats.

“We urge the US to stop using any excuse to limit, harass and crackdown on Chinese scholars and Chinese students in the US,” he said.

In addition to Tang, 3 other Chinese nationals have also reportedly been charged.

As the US and China engage in unprecedented tit-for-tat closures of diplomatic missions, destabilizing financial markets and sending a chill through the international community, a DOJ official has confirmed that a Chinese researcher who was reportedly “hiding out” at the Chinese consulate in San Francisco has been taken into custody.

The Chinese researcher, Juan Tang, had been affiliated with the University of California at Davis, and was to be charged with lying about her military service, when she sought shelter at the Chinese consulate in San Francisco.

FBI agents interviewed her last month, and prosecutors had filed a criminal complaint with a federal court seeking a warrant to arrest Tang for visa fraud. Tang was charged along with three other Chinese researchers suspected of lying about their affiliation with the PLA on visa applications. Officials who briefed reporters on Friday declined to discuss the circumstances of the arrest in detail.

It’s still not exactly clear how the researcher/student was apprehended, but the headlines are rolling in:

The news sent the market lower during a session that has already been plagued by fears about the deteriorating bilateral relationship between the world’s two largest economies.