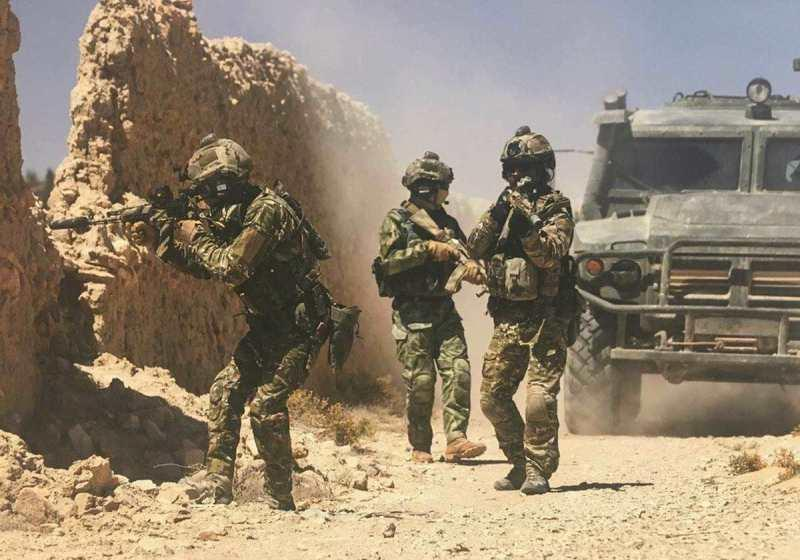 Oh the irony, lost on all those whose foreign policy memory is limited to merely days or weeks ago: the United States has accused Russia of arming Libyan rebels.

So suddenly Washington thinks this is a “bad” thing?

“The Russian Federation continues to violate UN Security Council Resolution UNSCR 1970 by actively providing military equipment and fighters to the front lines of the conflict in Libya,” AFRICOM said in a statement Friday.

The new accusations are based on satellite imagery released by the Pentagon which it says shows continuing kinetic operations by Putin-linked security firm Wagner in support of Gen. Khalifa Hafter’s Libyan National Army (LNA).

Despite a UN arms embargo officially being in place on Libya, multiple external state actors are involved in arming up either side of the conflict, especially Turkey in supporting of the Tripoli GNA, and UAE and Egypt in support of pro-Haftar forces, which are based in the east of the war-torn country. 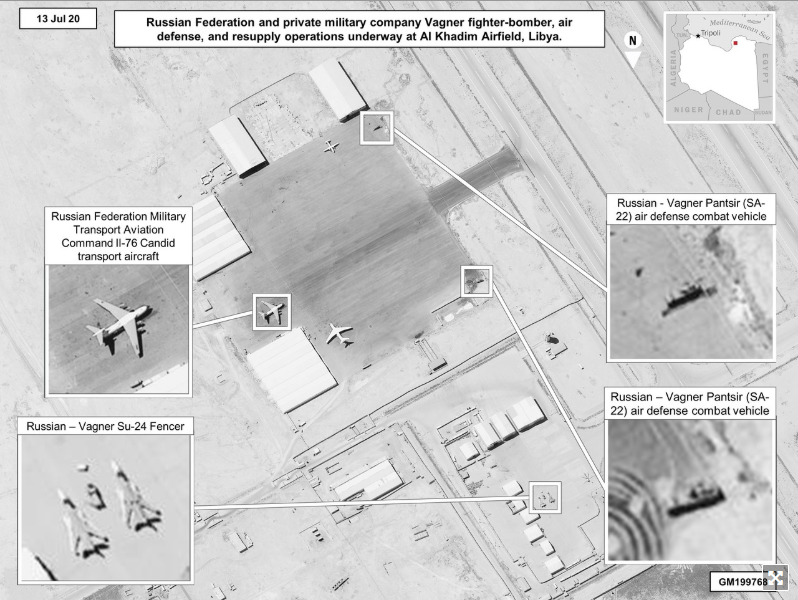 Wagner mercenaries have also been long reported to have a presence in Syria, where Moscow and the US have nearly entered full on the ground conflict at times over the past years. As we detailed last year, Wagner is headed by Yevgeny Prigozhin, commonly known as “Putin’s chef” due to his Kremlin catering contracts and longtime friendship with the Russian president.

Russia has withstood US regime change efforts in both Libya and Syria, with the former country now enduring the chaos unleashed by Muammar Gaddafi’s 2011 overthrow by US-NATO intervention. The US and Europe used jihadist “rebels” to oust and execute Gaddafi, after which jihadists were weaponized in Syria against Assad.

Haftar is seen by many, including the Trump administration, as a “stabilizer” of chaotic Libya - a kind of Gaddafi 2.0 figure, ironically enough. 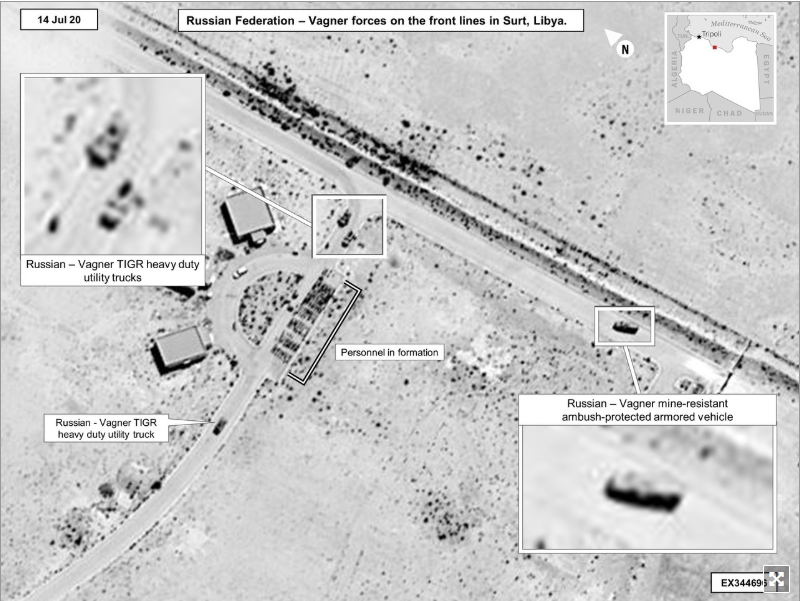 Though Russian mercenaries have long been documented as on the ground in eastern Libya, the new Pentagon satellite images reveal their operations may be much larger than previously thought:

As Africom has documented in a series of media releases, the U.S. assesses that Russia supplied Wagner forces operating in Libya with fighter aircraft, military armored vehicles, air defense systems and supplies, further complicating the situation and increasing the risk for miscalculation, leading to continued and needless violence in Libya.

The latest imagery details the extent of equipment being supplied to Wagner. Russian military cargo aircraft, including IL-76s, continue to supply Wagner fighters. Russian air defense equipment, including SA-22s, are present in Libya and operated by Russia, the Wagner Group or their proxies. Photos also show Wagner utility trucks and Russian mine-resistant, ambush-protected armored vehicles are also present in Libya.

“Russian involvement is evident — which the Kremlin lies about every time they deny it,” the statement said further.

Of course, the Kremlin has accused Washington of the same thing, and on a much larger scale, in places like Syria, Iraq, and Libya. As we’ve said many times, Libya is re-emerging as the next major Mediterranean proxy war.

Already, Egypt and Turkey are close to direct conflict as each side threatens open military intervention in the North African Mediterranean country.