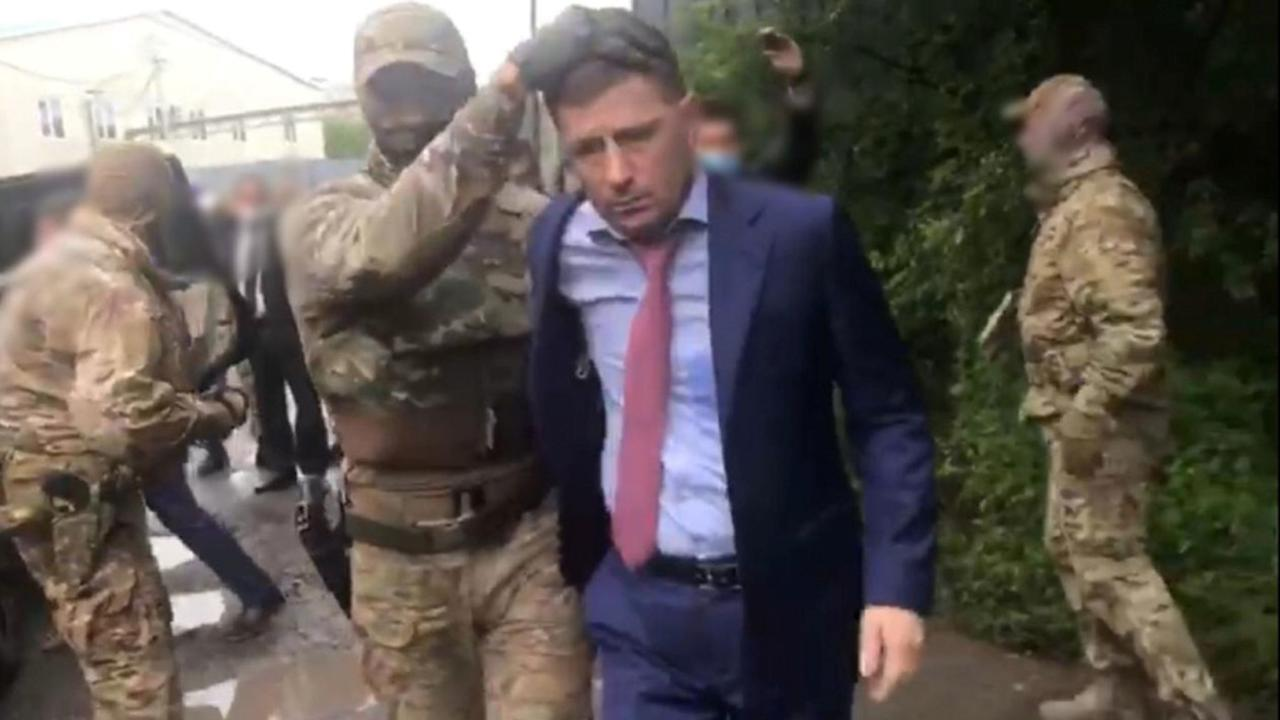 Tens of thousands of Russians marched in the city of Khabarovsk over the arrest of a regional governor on charges of murder, in what is now the second week of protests against the Kremlin.

Another video from the large-scale #protest march today in #Khabarovsk, eastern #Russia, where estimated 95,000 people are protesting against Putin:

Protesters claim the charges against Furgal are unsubstantiated, and he should be allowed to stand trial at home. He stands accused of involvement in the murders of several businessmen in 2004 and 2005 when he was a businessman in the timber and metals industries - charges which he has denied.

“People are offended,” said protester Dmitry Kachalin. “I think people take to the streets because their vote in the 2018 election was taken away.”

Unlike Moscow, where police usually move quickly to disperse unsanctioned opposition protests, authorities haven’t interfered with unauthorized demonstrations in Khabarovsk, apparently expecting them to fizzle out over time.

But daily protests, peaking at weekends, have gone on for two weeks, reflecting anger against what local residents see as Moscow’s disrespect of their choice and simmering discontent with Putin’s rule. Local officials’ attempts to discourage people from joining the demonstrations by warning about the risk of coronavirus infection have been unsuccessful. -TIME

“We elected the governor and we want to be heard and decide ourselves what to do with him. Bring him here, and a fair and open trial will decide whether to convict him or not,” said protester Anastasia Schegorina. “We had enough.”

Furgal, a lawmaker on the nationalist Liberal Democratic Party ticket, won the gubernatorial election in 2018 despite the fact that he had refrained from campaigning, and publicly supported his rival who had the support of the Kremlin. His victory was a giant embarrassment to Putin’s administration, United Russia, which has seen its control over the regional legislature slip over the past several years.

Furgal earned a reputation as a “people’s governor,” cutting his own salary, ordering the sale of an expensive yacht that the previous administration had bought and offering new subsidies to the population.

“We want to protect Furgal,” said Evgenia Selina, who joined Saturday’s protest. “If we hadn’t elected him, he would have been living quietly with his family and working at the State Duma. He would have had a normal life.” -TIME

Furgal’s Putin-picked successor, Mikhail Degtyaryov, is also a member of the Liberal-Democratic Party, which was apparently done in an attempt to calm down locals over the change in management. He has thus far refused to address the protesters, and fled the city on Saturday for an inspection of the region.