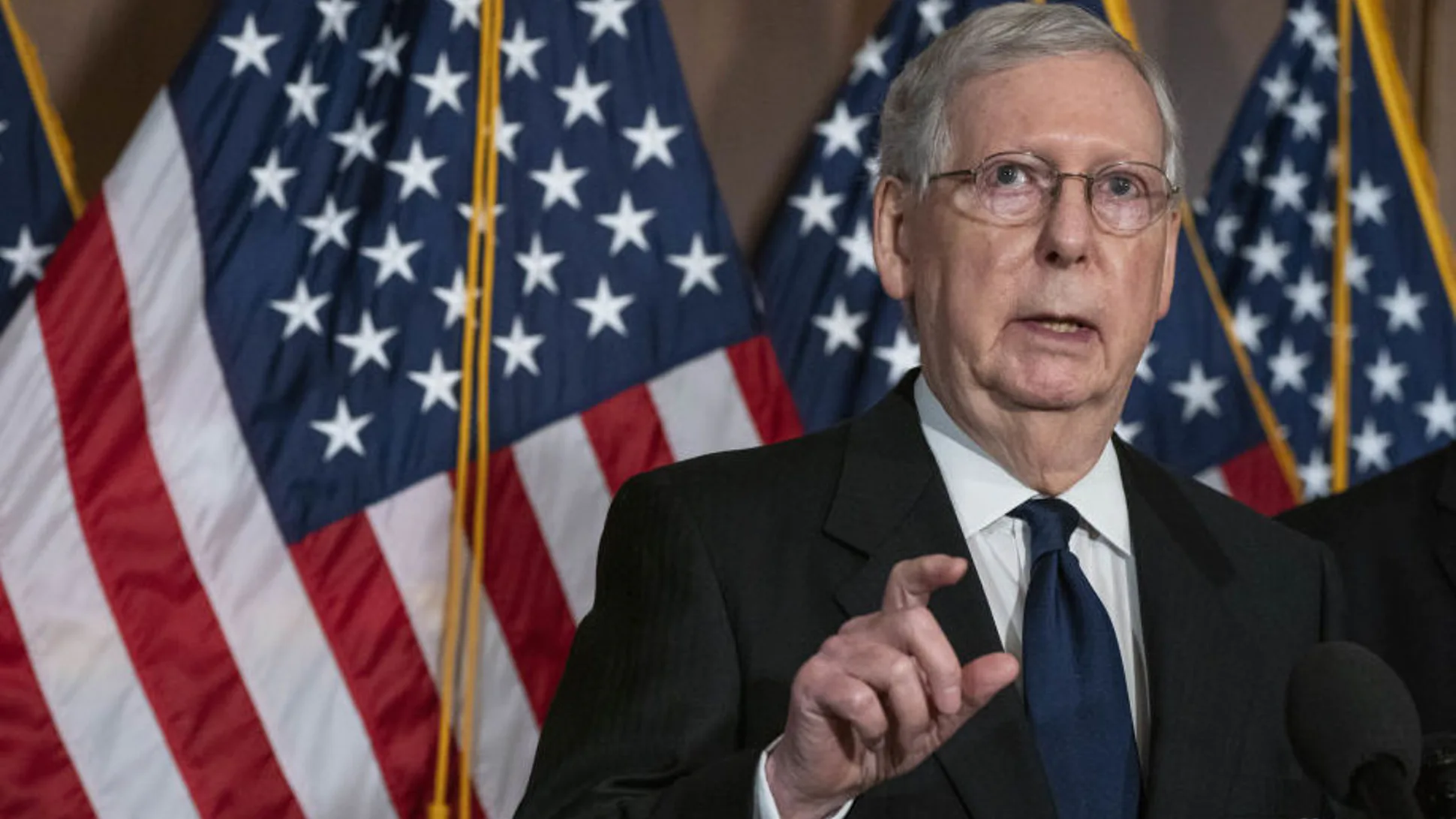 Senate Majority Leader Mitch McConnell (R-KY) outlined Monday the much-anticipated $1 trillion coronavirus relief proposal, which has been presented as a counter to the “multi-trillion-dollar socialist manifesto” passed in the Democratic-controlled House back in May.

“The Senate will not waste time with pointless partisanship. There is a reason why even Speaker Pelosi and Leader Schumer themselves have publicly downplayed the multi-trillion-dollar socialist manifesto they published some weeks back, and have suggested the real, serious discussion would begin when Republicans released our outline,” said McConnell.

“We have produced a tailored and targeted draft that will cut right to the heart of three distinct crises facing our country — getting kids back in school, getting workers back to work, and winning the healthcare fight against the virus,” he said.

Dubbed the HEALS Act, the Republican proposal emphasizes health, economic assistance, liability protections, and schools, and would provide another round of $1,200 stimulus checks — which have demonstrated a sizable degree of bipartisan support — to the same group of people in addition to an extra $500 for adult dependents, according to The Wall Street Journal.

Politico reports that the proposal would also provide $100 billion for schools, $26 billion to develop and distribute vaccines, $20 billion for aid to farmers and ranchers, and $16 billion for coronavirus testing.

The Republican plan also attempts to reign in spending for the boosted unemployment provision, a policy some Republicans objected to in the last coronavirus package due to concerns it could incentivize layoffs.

“Republicans want to continue a federal supplement to state unemployment insurance,” said McConnell. “In fact, we’ll propose a weekly dollar amount that is eight times what Democrats put in place when they controlled the White House and Congress during the Great Recession. But we have to do it in a way that does not slow down re-opening.”

The new unemployment insurance proposal, floated by Treasury Secretary Steven Mnuchin over the weekend, would replace up to 70% of a person’s wages beginning in September, reports WSJ. In the meantime, the $600 weekly unemployment boost would be reduced to $200 per week.

Democrats have been critical of reducing the payout rate for unemployment insurance, having included a provision in the House bill passed back in May that it should continue, in full, until the beginning of next year.

“The reason we had $600 was it’s simplicity. And figuring out 70% of somebody’s wages, people don’t all make a salary — maybe they do — they make wages. And they sometimes have it vary,” Pelosi told CBS News’ Margaret Brenner over the weekend. “So why don’t we just keep it simple.”

“It is the ultimate disconnect with what Americans are dealing with if they think an extra $200 is enough for the families,” said Congressman Dan Kildee (D-MI), reports Politico. “They don’t seem to understand that money is actually supporting that economy.”

It’s currently unclear the degree of support the Republican proposal will have, or how much this support will change amidst negotiations with Democrats. Senator Ted Cruz (R-TX) and Senator Rand Paul (R-KY) have reportedly criticized the idea of spending another trillion dollars, and Senator Lindsay Graham (R-SC) recently said half of the Senate GOP may vote against it, regardless of what the final legislation contains.