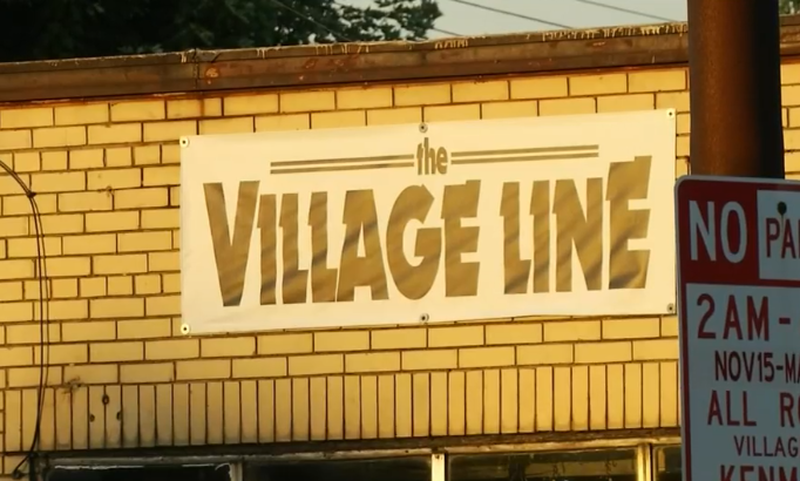 A bar in Western New York says the state suspended their liquor license over a satirical menu which spells out “FUCK CUOMO” - meant to mock the governor over his executive order requiring customers to purchase food with alcohol, according to Spectrum News.

“He doesn’t have a right to selectively enforce laws or directives against certain people just because he has a personal beef with them,” said Chris Gardella, whose brother owns The Village Line in Kenmore.

According to state officials, a State Liquor Authority Investigator entered the bar and asked for a menu. He says he was told that he could order pizza next door and bring it back to the bar. The investigator also says he witnessed three patrons with alcohol and no food - which Gardella said they had probably already finished.

“We didn’t serve anyone alcohol without having food present,” said Gardella. “As far as we can tell, it was someone who came into order wings, which we didn’t have. We recommended they go somewhere else and that was that.”

“The directive that Cuomo had put out was not that you need to have food in front of you at all times while consuming alcoholic beverages. It was: if you are going to go to a bar to drink, you need to order food,” he added.

The bar’s liquor license was suspended following a charge for violating Cuomo’s executive order, and for not having food available - which is required of all licensed establishments. It is one of just seven establishments suspended according to a Thursday afternoon announcement - and the only one from Upstate New York.

Gardella says they not only had food - but their menu had gone viral on social media. 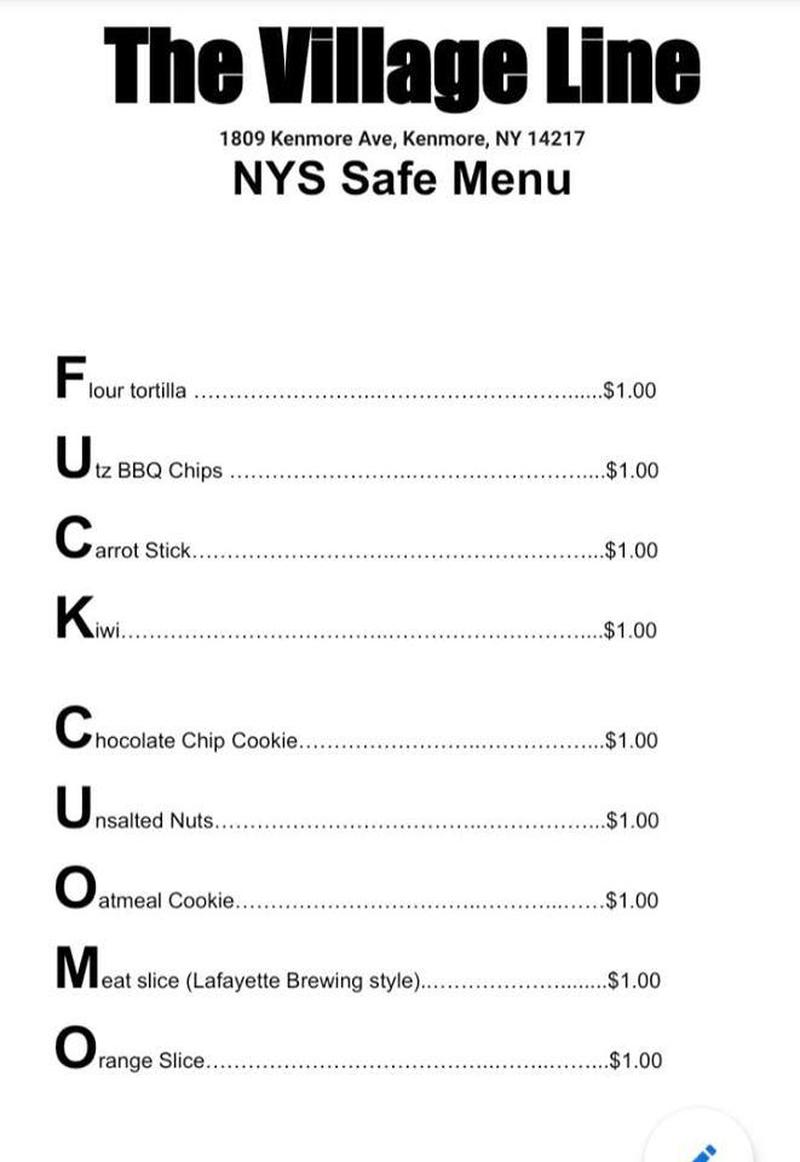 “The messaging was satirical in nature which I think anyone, any reasonable person would be able to understand. With that said, the menu is very much available with all the items listed on there,” said Gardella.

The menu includes flour tortilla, Utz BBQ chips, a carrot stick, going on to eventually create an acrostic spelling out an obscenity and the governor’s last name. Gardella didn’t want to litigate whether the items were in compliance with the liquor license but rather asked if there was a reason the SLA was there in the first place.

“Look at other bars on Elmwood Avenue that don’t serve any food, that if you walk by there on any given day are still operating without any level of harassment from the state,” he said. -Spectrum News

“I can only assume that the governor’s thin skin has led him to purposely target The Village Line,” he said.” If you go to The Village Line, we’re not a well-known bar outside of the neighborhood. This isn’t something that a state official just stumbles upon into because they were taking a walk through Buffalo,” he added.