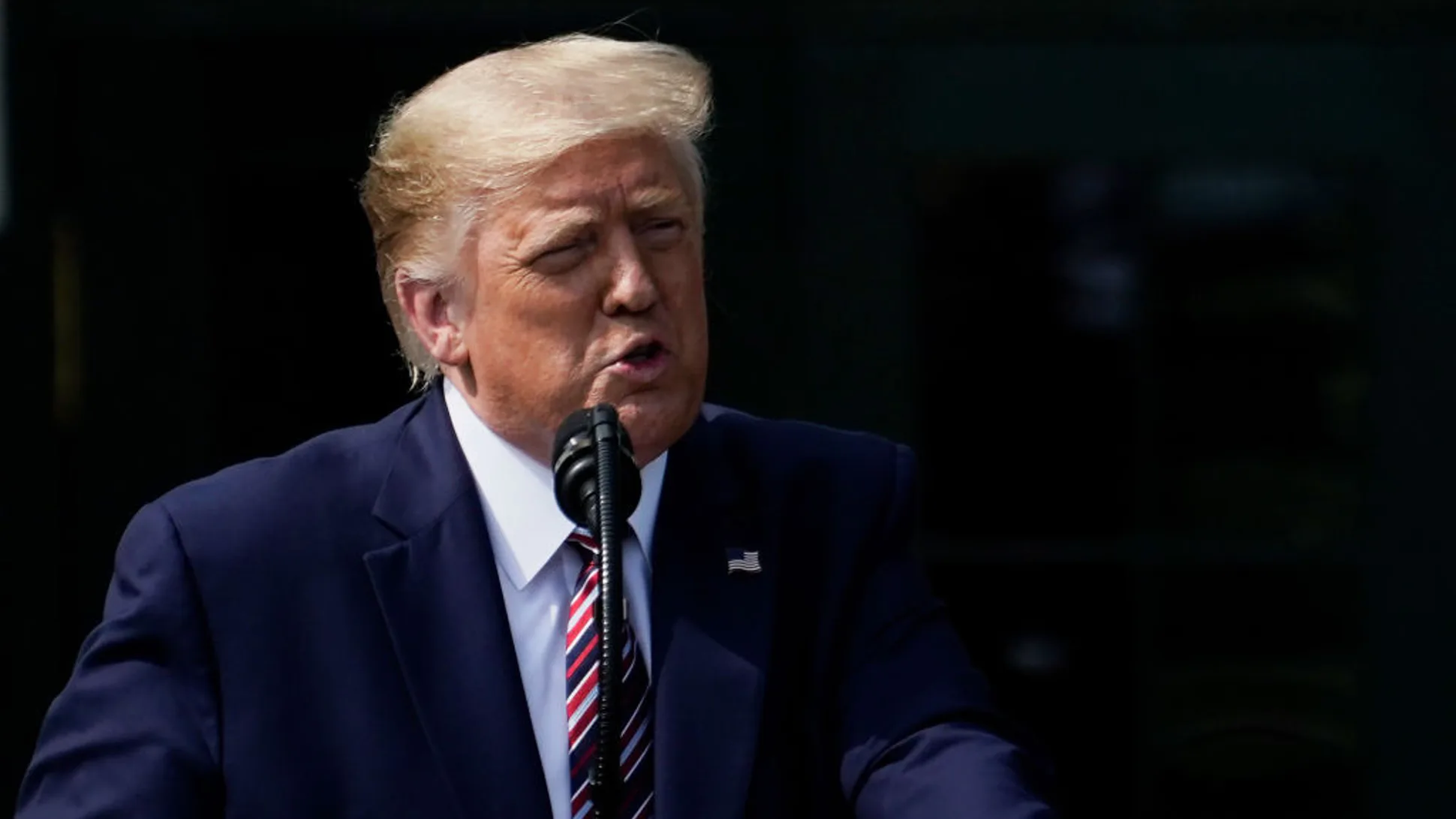 On Thursday, after New York Attorney General Letitia James announced that she was filing a lawsuit to dissolve the NRA, President Trump fired back from the White House lawn, “That’s a very terrible thing that just happened. I think the NRA should move to Texas and lead a very good and beautiful life.”

“I’ve told them that for a long time. I think they should move to Texas … or to another state of their choosing, but I would say that Texas would be a great place and an appropriate place for the NRA. This has been going on for a long time. They’ve been absolutely decimated by the cost of that lawsuit, and it’s very sad, but I would suggest that that’s what they should be doing,” Trump added, as the Daily Mail reported.

Trump also reacted on Twitter, writing, “Just like Radical Left New York is trying to destroy the NRA, if Biden becomes President your GREAT SECOND AMENDMENT doesn’t have a chance. Your guns will be taken away, immediately and without notice. No police, no guns!”

Just like Radical Left New York is trying to destroy the NRA, if Biden becomes President your GREAT SECOND AMENDMENT doesn’t have a chance. Your guns will be taken away, immediately and without notice. No police, no guns!

James stated of her lawsuit:

We are seeking to dissolve the NRA for years of self-dealing and illegal conduct that violate New York’s charities laws and undermine its own mission. The NRA diverted millions of dollars away from its charitable mission for personal use by senior leadership,” she wrote. “Our lawsuit charges the NRA as a whole and four senior leaders, including Wayne LaPierre, with failing to manage the NRA’s funds and failing to follow numerous state and federal laws. These actions contributed to the loss of more than $64 million in just three years for the NRA.

The NRA fired back at James with a lawsuit of their own, suing her and accusing her of defamation and violating the organization’s First Amendment rights.

The NRA’s 19-page civil lawsuit, filed in the federal court of New York, was in response to a lawsuit announced by state Attorney General Letitia James on Thursday morning seeking to “dissolve” the gun rights group over alleged financial “fraud and abuse.” The NRA countersuit alleges that James “made the political prosecution of the NRA a central campaign theme” during her 2018 run, and has continued to denounce the group as a “criminal enterprise” and “a terrorist organization” since, according to Fox News.

The NYAG’s actions are an affront to democracy and freedom. This is an unconstitutional, premeditated attack aiming to dismantle and destroy the NRA – the fiercest defender of America’s freedom at the ballot box for decades. The NRA is well governed, financially solvent, and committed to good governance. We’re ready for the fight. Bring it on.

Lawless liberals have hit a new low in their pursuit of defunding the police, discarding the Second Amendment, and deterring our ability to protect ourselves. The New York Attorney General is shamefully abusing her power to target a political adversary, the same way a Saint Louis prosecutor did last month when she took guns away from citizens trying to protect themselves. This action is no different than what Democrats did during the shameful impeachment of President Trump: an attempt to use the levers of government to go after political opponents.

“From their endorsement of the ‘defund the police’ movement to cancelling our Founding Fathers, and now cancelling our founding principles, there has been a troubling pattern from the Democrat attorneys general in recent months,” Landry continued. “We must stop the madness. Fortunately, the American people can read the tea leaves of this lawsuit – it is a partisan hit job aimed at empowering the mob and endangering law abiding citizens, who respect the Second Amendment.”