China Mobilizes Invasion Craft On Coast Near Taiwan As Top US Official Arrives In Taipei: Report

After Beijing officials have repeatedly charged Washington with violating the decades-long status quo “One China policy”, and amid ratcheting tensions over Taiwan given the highest-level meeting between Washington and the self-ruled island in decades is currently taking place with Health and Human Services secretary Alex Azar meeting government officials in Taipei Monday, the region is on edge after satellite images showing a significant Chinese military build-up near the island have reportedly emerged. 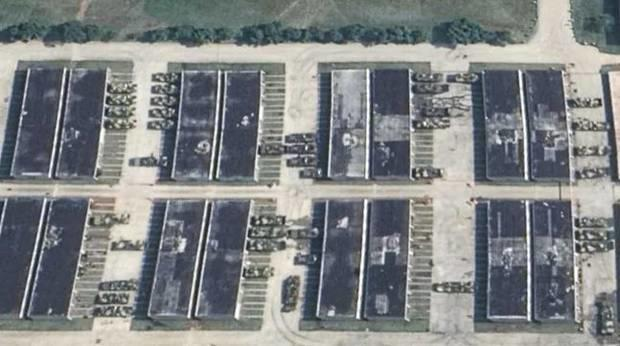 Specifically, according to the report, the images show “the People’s Liberation Army (PLA) moving the military vehicles into the Eastern Theatre Command on China’s coastal cities across the strait from Taiwan, with missile launchers well within range to hit any targets in Taiwan.”

It comes after threats and counter-threats of military build-up between the two, with regional analysts cited in the report saying there’s currently high risk for military clash or incident.

While it’s unclear where the newly published image featured in the New Zealand Herald is ultimately sourced from (the satellite images first appeared in Kanwa Defence Review - a Canadian military magazine focused on East Asian affairs and diplomacy), many are convinced that Beijing is sending a clear signal to Washington and Taipei. However, the satellite image could also simply reveal a military base vehicle storage depot, common at most any nation’s military bases. 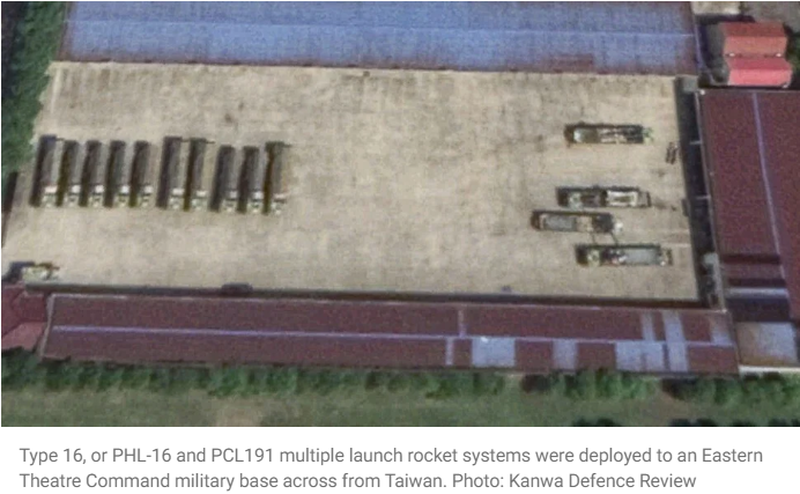 Per the NZ Herald report:

The Type 05 amphibious armoured vehicles are designed to deliver troops from the sea across a beachhead battlefield.

“The PLA are also deploying the powerful Type PCL191 multiple launch rocket systems to the ground forces of the Eastern Theatre Command,” Kanwa Asian magazine defence editor Andrei Chang writes. These have a range of some 350km.

“The Taiwan Strait is just 180km across. The PCL191 rocket launchers are able to destroy all military bases and government buildings on the island accurately.”

Meanwhile, Taiwan has responded by sending a company of about 200 marines to reinforce the Pratas Islands national marine park in the South China Sea – 445km from Taiwan and 300km from China.

The Taiwan marine deployment appears to have kicked off previously, in anticipation of current tensions.