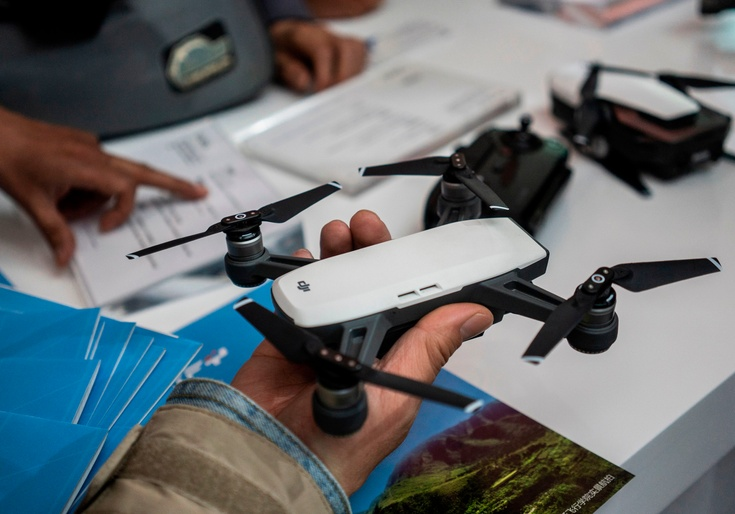 Republican lawmakers launched a probe into U.S. reliance on Chinese-made drones, which have become standard in many state and local law enforcement agencies and are used as espionage tools by the Communist regime.

While Chinese drones have proliferated across America as state and local law enforcement agencies became reliant on the technology, the U.S. intelligence community assesses that China is using these drones to gather information on Americans and the U.S. domestic infrastructure. The federal government banned the use of Chinese-made drones earlier this year due to concerns over spying, but police, firefighters, and first responders in many U.S. states are still employing the technology.

Republican lawmakers in Congress petitioned Secretary of Commerce Wilbur Ross in a letter to launch an investigation into China’s sophisticated spy operations. The lawmakers maintain that the importation of Chinese-made drones poses a national security risk and must be more heavily regulated to ensure that local authorities and first responders are not leaving themselves vulnerable.

The letter comes amid mounting concerns in Congress about China’s espionage operations inside the United States, which reach far beyond the issue of drones. Sen. Martha McSally (R., Ariz.), one of the letter’s organizers, recently introduced legislation that would block federal funds from being spent on Chinese-made drones and similar equipment. Other congressional investigations are focused on China’s economic sabotage and efforts to steal proprietary information from the federal government and the U.S. business and medical communities.

Drones are vital tools for local and state authorities and are employed to deal with everything from wildfires to the monitoring of critical infrastructure. China is a leader in the production of low-cost drones, making it an attractive supplier. China’s drone industry, however, like many Chinese technology sectors, is beholden to the Communist Party, which exerts unilateral control over the information obtained by the drones. For this reason, the Department of the Interior grounded its entire fleet of 800 drones in January, citing security flaws.

“In order to protect national security and the privacy of American citizens, and to protect the essential domestic [drone] industry, we ask that you engage all the appropriate divisions within the Department of Commerce to immediately investigate the national security implications of the importation of [drones] manufactured in the People’s Republic of China and determine any necessary enforcement measures,” the lawmakers wrote in an Aug. 5 letter that was publicly released on Tuesday.

Chinese drones have “flooded the U.S. market, posing a myriad of risks to American citizens’ security and privacy,” the lawmakers said.

As the federal government begins to crack down on these Chinese spy tools, U.S. state and local municipalities must follow suit, the lawmakers said.

McSally’s May legislation specifically bars federal funds from being used to purchase equipment from any company tied to the Communist Party. This would also apply to states that receive federal funding to purchase such equipment.