Navy SEAL Who Killed Bin Laden Had One Message for Rioters: ‘I Can’t Believe I Fought To Defend You’ 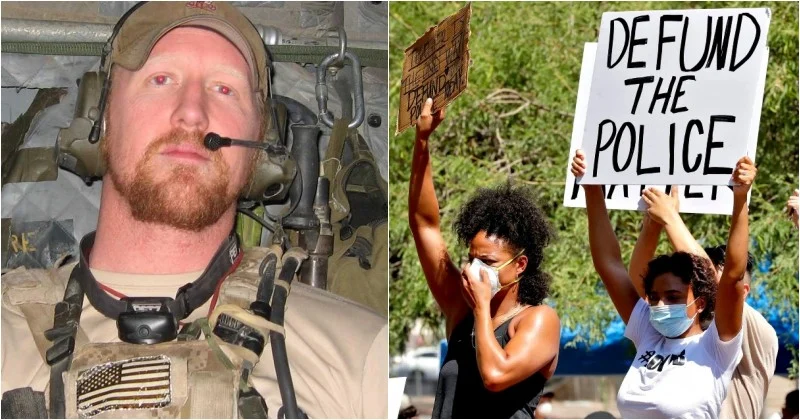 Robert O’Neill killed the most murderous terrorist of all time: Osama bin Laden, the sick mastermind who was responsible for almost 3,000 deaths on Sept. 11, 2001, alone.

He and the rest of SEAL Team 6 are immortalized as American heroes.

O’Neill is stateside now, having retired from the service. And he watched, as we all did, as our country took a turn for the worst in the wake of George Floyd’s death in Minneapolis police custody on May 25.

Make no mistake: That death was a tragedy. So was what followed — looting and rioting that debased not only Floyd’s death but also those who were protesting against it.

There’s nothing that convinces people of the righteousness of your cause less than turning neighborhoods into glass-strewn hulls of themselves. It was painful to watch, particularly in the midst of a generational crisis, both epidemiologically and economically.

Watching from home, O’Neill had eight words for the rioters destroying America:

“I cannot believe I fought to defend you.”

Un. Believable. I cannot believe I fought to defend you.

This was on May 30, as the riots were beginning to pick up steam. This was also when the horrible euphemism “mostly peaceful” began to creep into the media’s lexicon.

O’Neill noticed this, too.

These “peaceful” protesters certainly are violent.

Mind you, O’Neill made clear the obvious — police brutality and racism are both bad. However, whatever chance we had to have a “conversation” about them was being spoiled by looting and rioting.

“I despise racism, I despise police brutality and it kills me that politically-funded terrorists are doing this on the shoulders of both,” he tweeted.

I despise racism, I despise police brutality and it kills me that politically-funded terrorists are doing this on the shoulders of both.

Yes, you’ll say, but that was May 30 — as America was seized with paroxysms of anger. That wasn’t going to be a motif throughout the summer, right? It may be the year of our discontent, but the movement would evolve. There wouldn’t be as much violence and destruction.

Yes, we’re still dealing with it. Chicago, which had already seen its fair share of looting and rioting, has flared up again. This time, however, there wasn’t even a cause worth spoiling with violence.

According to Chicago Sun-Times, the unrest was set off by the police shooting of 20-year-old Latrell Allen. The problem is that, according to police (and apparently surveillance cameras, which caught the altercation on video), Allen shot at them first.

Police had responded after a 911 caller said Allen was fighting in a local park and refusing to leave.

“We could be talking about another dead child shot in our city,” Assistant State’s Attorney James Murphy said Tuesday, praising the officers who responded.

Chicago has seen numerous children killed this summer, including six within one week in June.

Allen’s family said he didn’t have a gun and stressed officers weren’t wearing body cameras. However, police surveillance cams managed to catch the pertinent part of the pursuit.

“He was willing to shoot multiple times at armed law enforcement as they were chasing him; he certainly poses a danger and wouldn’t think twice about shooting up a park or anybody else, for that matter,” Murphy said.

“Tempers flared, fueled by misinformation,” said police Superintendent David Brown, who cited rumors that an “unarmed juvenile” had been shot, according to the Chicago Tribune.

Allen is currently in jail on $1 million bail. However, correct information didn’t get to demonstrators nearly fast enough, since they decided to riot in the city’s Near North Side neighborhood.

Members of Black Lives Matter Chicago held a solidarity rally with those who were arrested in the chaos, saying this was just righting historical wrongs.

“That is reparations. Anything they want to take, take it because these businesses have insurance.”

Why should I think too hard about it, though? Atkins didn’t.

This isn’t the state of affairs that O’Neill risked his life for. He served a country where many who are busy destroying it demand to be treated as heroes addressing historical wrongs.

It doesn’t mean he’s deciding, retroactively, that he wasn’t fighting for those people, it sounds like. He just can’t believe these looters are the people his heroism kept safe.