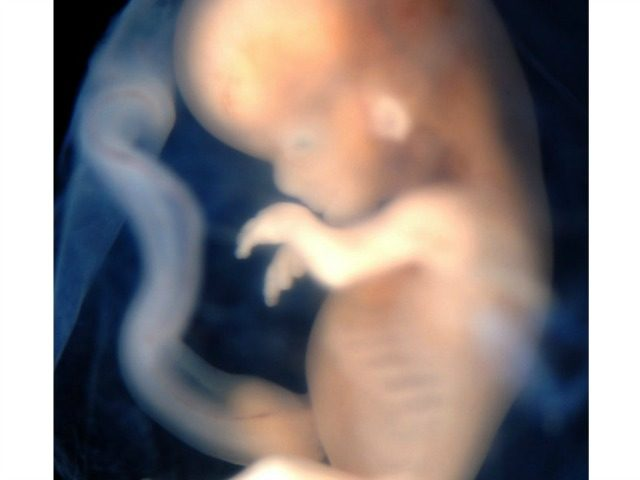 Unsealed video clips released Monday of the sworn testimony of Planned Parenthood officials revealed they admitted to altering how they perform abortions to harvest the most “usable” baby body organs for sale.

Judge William Orrick III, an Obama appointee, who in May ruled in the case in favor of Planned Parenthood, barred much of this evidence and testimony from the jury.

Nucatola appeared in the now familiar first undercover video of the CMP “baby parts” series in 2015 as she ate a salad and drank wine while discussing how she performs abortions to harvest the highest quality unborn baby body parts.

In the original undercover video released in 2015, Nucatola described how, at Planned Parenthood, she uses ultrasound technology to guide her as she flips a fetus to a feet-first, or breech, position for intact removal and the greatest likelihood of whole organ harvesting. Critics say shifting the baby in this way is the illegal procedure known as partial-birth abortion.

The procedure of flipping the unborn baby to breech position with the use of ultrasound technology to attain intact extraction “is the hallmark of the illegal partial-birth abortion procedure (18 U.S.C. 1531), which attempts to draw a bright line between abortion and infanticide by criminalizing the intact extraction of a living fetus for the purpose of killing the child afterward,” explained a CMP press release.

However, during congressional investigations surrounding the original undercover videos, when lawmakers questioned Nucatola about her procedures, she denied that “partial-birth abortions” were used in Planned Parenthood’s fetal tissue research programs.

As the current video confirms, however, Nucatola admitted in her deposition testimony she did alter her procedure to avoid crushing certain of the baby’s organs if “aware that it was a donation case, yes.”

During her deposition testimony, when confronted with her comments on CMP’s earlier undercover recording, she admitted, “We’ve been pretty successful with that.”

When asked to whom she was referring as “we,” Nucatola responded, “I was referring to PPLA [Planned Parenthood Los Angeles],” and when pressed if “PPLA” included herself, she said, “Yes, including me. I worked at PPLA.”

In 2019, the U.S. Court of Appeals for the Fifth Circuit found CMP’s undercover video that showed Nguyen admitting Planned Parenthood could sign a statement denying “intent” to perform an intact extraction abortion and then proceed to harvest an intact baby “was forensically authentic and accurate evidence that Planned Parenthood Gulf Coast had committed partial-birth abortions,” CMP said.

When asked under oath if it was her understanding that an abortion provider could procure an intact fetus as long as the form was signed, Nguyen testified, “Yes.” Additionally, when asked if it is true that intact abortions occur despite the form, Nguyen admitted, “It is true.”

Gatter, who became well-known through the CMP undercover video series for joking during one of the videos that she would like “a Lamborghini” in exchange for the aborted baby body parts, admitted under oath that in the wake of internal discussions within the Planned Parenthood organization, she “evolved” in her thinking and came to believe altering abortion “techniques” to harvest higher quality fetal tissue was an acceptable practice.

However, CMP observed, “the federal law at 42 U.S.C. 289g-1 prohibits any changes to the ‘procedures used to terminate the pregnancy,’ and not simply ‘the procedure’ as a singular category.”

“Planned Parenthood reflexively proclaims innocence to the public and to a compliant establishment press, but when Planned Parenthood abortion leadership is placed under oath, they testify to crimes against women and infants,” CMP founder and project leader David Daleiden said in a statement. “Criminality in the national taxpayer-funded abortion industry will continue to spread unless federal authorities hold them accountable once and for all.”

From the release of the first CMP video, Planned Parenthood and its media and political allies have adhered to the narrative that the videos of its staff engaged in haggling over the price of aborted baby body parts were “deceptively edited.”

However, Judge Edith H. Jones, a Ronald Reagan nominee who wrote for a three-judge panel of the U.S. Court of Appeals for the Fifth Circuit, affirmed the opposite.

Jones rebuked a lower district court, asserting, “The district court stated, inaccurately, that the CMP video had not been authenticated and suggested that it may have been edited.”

Planned Parenthood has yet to be prosecuted for any of the allegations related to profits from the sales of the body parts of babies aborted in its clinics.

On August 6, more than two dozen Republican senators sent letters that called upon the U.S. Department of Justice (DOJ), the U.S. Treasury, and the FBI to investigate both Planned Parenthood’s sales of the body parts of aborted babies and its ability to obtain Paycheck Protection Program (PPP) loans, despite its ineligibility.

On Wednesday, Judge Orrick’s most recent judgment against Daleiden states the pro-life journalist must raise $600,000 within two weeks to pay an appeal bond, or Planned Parenthood may begin seizing his and CMP’s assets.

In a statement sent to Breitbart News, Daleiden said Orrick’s final ruling “makes clear that being pro-life, or even just questioning Planned Parenthood, is a crime in his courtroom.”

“My colleagues and I are not being treated equally or fairly, but it’s not surprising given that Judge Orrick opened a Planned Parenthood clinic in San Francisco yet never disclosed this conflict before five years of litigation in front of him,” he said. “I’m ready to seek justice on appeal and stand up for the First Amendment rights of all Americans.”