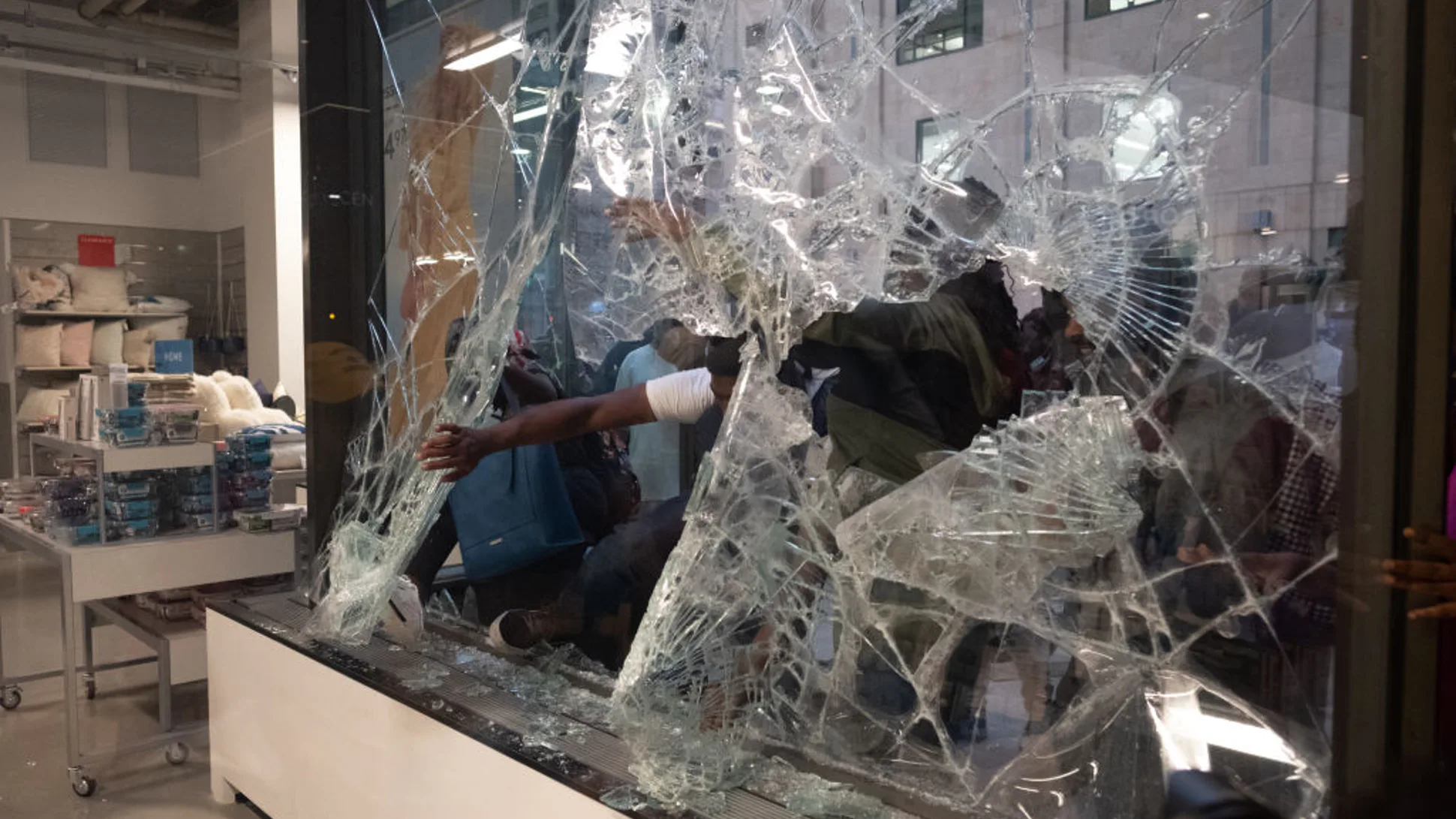 Chapter 535 of the Minneapolis zoning code states: “Exterior security barriers. No retractable metal security gates or grilles shall be placed on the exterior of any portion of an enclosed principal non-residential building façade facing a public street.”

“Nearly 1,500 businesses were heavily damaged in the riots, and many were completely destroyed, forcing owners to clear the site before rebuilding,” the Minneapolis/St. Paul Business Journal noted. The Minneapolis Star-Tribune noted in early June, “Owners and insurance experts estimate the costs of the damage could exceed $500 million. That would make the Twin Cities riots the second-costliest civil disturbance in U.S. history, trailing only those in Los Angeles in 1992 …”

Minneapolis’ sister city, St. Paul, allows business owners to install external shutters if they acquire a permit. But Minneapolis officials said in a report that external shutters “cause visual blight” and imply that an area is “unsafe” and “troublesome,” the Star-Tribune reported.

According to Minneapolis City Council Vice President Andrea Jenkins, business owners are permitted to obtain a variance from the city. She added, “New York has metal shutters that come down at night, and it really does look like a fortress, so I think there were some valid reasons for instituting that ordinance. But everything is subject to change. So I would be open to looking at it given the new realities we are in.”

Sarah McKenzie, a spokeswoman for the city, told the Star-Tribune, “While someone is authorized to file a variance, it is challenging to meet the legal findings that are necessary to grant a variance from this type of provision.”

Chicago-Lake Liquors owner John Wolf, who lost $1 million worth of liquor to looters when they shattered the floor-to-ceiling windows of his business in May, told the Star-Tribune, “Times have changed, I am going to spend millions of dollars to bring my business back, and I don’t want to buy 20 window panes and have them broken the first day. Property owners should have options on how to protect themselves.”

QMI, which claims it provides the most security shutters in the nation, said orders have doubled since the riots erupted that were triggered by George Floyd’s death; Tom Miller, QMI’s vice president of marketing, said, “It’s nationwide, and it’s impacting the whole industry. We have more business than we can handle.”

“Since Minneapolis put the rule into effect 16 years ago, just one business owner has sought permission for external shutters, city records show. The property owner said he needed the shutters to protect his retail shop, which had been burglarized several times after criminals broke in through the windows. The request was denied,” The Star Tribune noted.