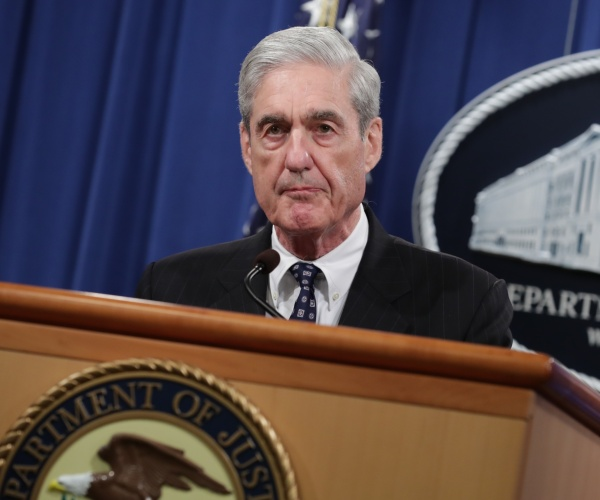 A Justice Department email indicates that Robert Mueller may have interviewed with President Donald Trump for the job of FBI director, contrary to what Mueller has said.

The Washington Examiner reported that an email sent the morning of May 17, 2017, from then Deputy Attorney General Rod Rosenstein had a subject line of “Mueller.” The email body read, “withdrew from consideration for FBI director.”

The message was sent to the chief of staff for Jeff Sessions, the attorney general at the time.

Later that day, Mueller was named special counsel of the Russia investigation, which probed Russia’s meddling in the U.S. election and whether Trump and/or his campaign had illicit ties to Russia.

Rosenstein’s email was obtained via a Freedom of Information Watch lawsuit filed by Judicial Watch.

Mueller previously served as FBI director from 2001 to 2013.

Rosenstein told Mueller’s Russia probe investigators on May 23, 2017, that he considered the possibility of naming a special counsel to probe Trump’s firing of FBI Director James Comey on May 10, the day after Comey’s dismissal, and that he spoke with Mueller about the role that same day.

Mueller and Rosenstein then met face-to-face on May 12, and the following day, according to FBI notes from Rosenstein’s interview for the Russia probe, “Mueller informed them he did not want to be interviewed for FBI director.”

The notes continued, “Rosenstein did not want to interview Mueller and then reject him, so they made it clear they only sought his opinion. Nevertheless, Mueller was placed on the White House’s list of potential candidates for FBI director … Mueller was interviewed for the position of FBI director, but later decided to withdraw from consideration.”