‘Enter At Your Own Risk!’: Texas Police Group Puts Up Billboards Warning Those Entering Austin That City Defunded Police 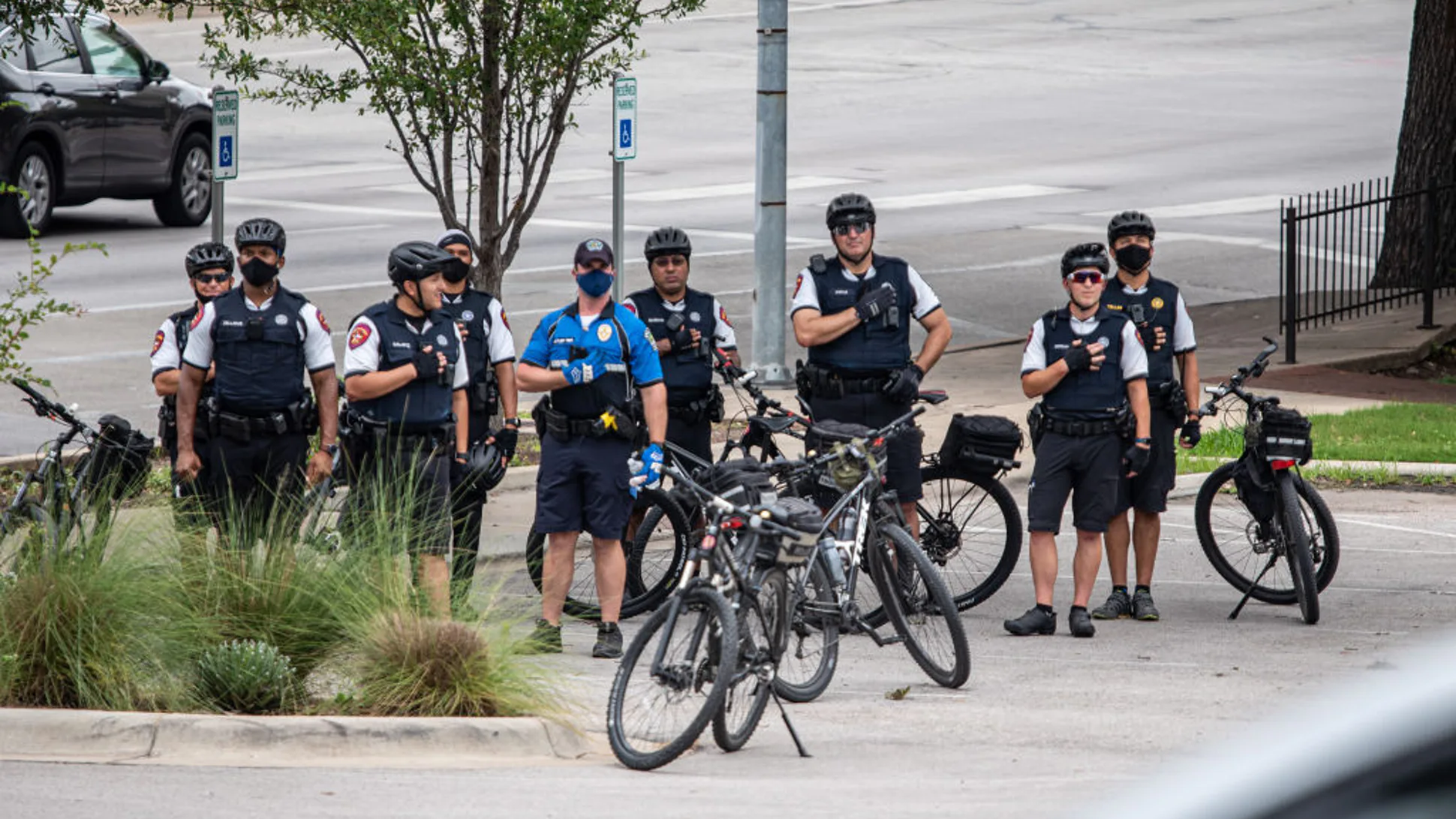 One billboard says, “Warning! Austin defunded police. Enter at your own risk!” CBS News reported. The board is referring to the Austin city council’s vote last month to cut the police budget.

The billboards were put up by the Texas Municipal Police Association, which announced its campaign Wednesday on Facebook:

Today, TMPA released two billboards (pictured below), along Interstate 35, entering Austin, intended to raise public awareness that Austin is a defunded city. This reckless act, a political stunt by the city council pandering to the radical left, will do nothing but endanger the people of Austin.

As the largest police association in Texas, it is our duty and responsibility to stand up for the brave men and woman of the APD, as well as the other law enforcement agencies with jurisdiction within the city limits which will have less of APDs resources to depend on, and to raise public awareness of the dangers of defunding not just Austin, but any city across the U.S.

Thank you to the Texas Municipal Police Association for these great new billboards that went up in Austin today. @austintexasgov ignored public safety and made a dangerous decision to #defundpolice #bigmistake #backtheblue #txlege pic.twitter.com/bGO8X1Hyur

Gov. Greg Abbott (R-TX) also tweeted about the billboards on Thursday and included the hashtag #TexasBacksTheBlue.

Billboard on I-35 warns 'Enter at your own risk!' after Austin votes to defund police.#TexasBacksTheBluehttps://t.co/4RFhUfap10

CBS Austin previously reported that Abbott asked all Texans and candidates for political office to sign a pledge against defunding the police.

“I sign this Texas Backs the Blue Pledge to oppose any efforts to defund the police and to show my support for the brave law enforcement officers who risk their lives to protect and serve. Defunding our police departments would invite crime into our communities and put people in danger. That is why I pledge to support any measure that discourages or stops efforts to defund police departments in Texas,” the pledge states. “Our law enforcement officers have our backs every single day, and we need to show them that Texans have their backs. #TexasBacksTheBlue”

Some who support the slogan “Defund the Police” claim it’s not actually about defunding the police, CBS reported, it’s about “a reallocation of some money from law enforcement to other services that could help the community.”

It serves the same purpose, however, as the Austin city council voted to cut $150 million in funding to the APD and redirect most of the money to social services and elsewhere in the government.

Austin Mayor Steve Adler has said he looked to Denver, Colorado as a model for police reforms. In Denver, mental health professionals are sent to non-violent 911 calls.

As The Daily Wire previously reported, this same approach has been adopted by St. Petersburg, Florida, and law enforcement experts warned a “catastrophe” was waiting to happen. Law Enforcement Today – a police-centric news outlet – tweeted in response to the St. Petersburg Police Department’s announcement of the change by saying, “Not every 911 call starts violent – but many of them end that way. This is a catastrophe waiting to happen… and it’s spreading across America.”

Not every 911 call starts violent - but many of them end that way. This is a catastrophe waiting to happen... and it's spreading across America.https://t.co/V7IFpDDc8a