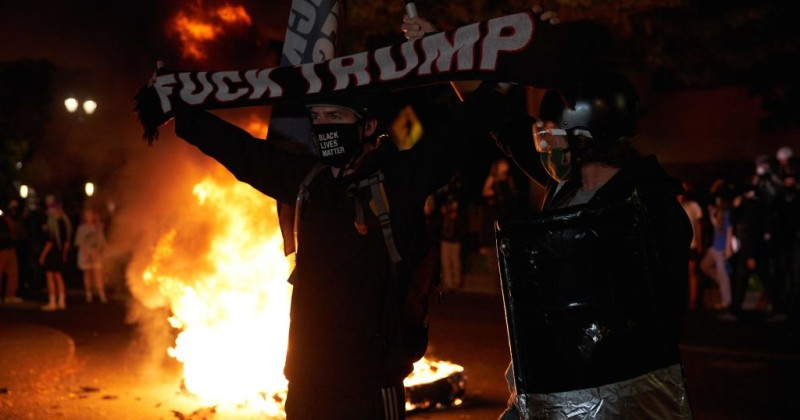 Unrest will continue even if Biden wins because mob will try to take full control of his administration.

A former CIA ops officer who spent decades undercover in the Middle East and South Asia warns that “violence will explode” if Trump wins re-election and will probably continue anyway even if Biden wins.

In an op-ed for Revolver News, Sam Faddis characterizes the recent riots, described as “mostly peaceful” by the media, as nothing less than an “insurrection.”

Faddis says that the rioters are not merely unorganized mobs, but a “manifestation of years of preparation, organization, and sponsorship from a vast network of foundations and front organizations,” including George Soros’s Open Society.

Faddis points out that the rioters have openly stated their goal, the “abolition of the United States as we know it and its replacement with a Marxist state.”

The former CIA officer predicts another wave of violence if Trump wins re-election, but also warns that the unrest will continue even if Biden wins because the revolutionaries will seek to take full control of his administration.

“That is why it is profoundly delusional to believe the riots of the past three months will end with the November election. They will not,” writes Faddis.

“Should President Trump win, his victory will immediately be declared invalid and illegitimate by the mob, and the level of violence will explode. If Biden wins, the people and groups tearing this nation apart will consider him their puppet and will accelerate their efforts at revolution. If Biden proves unwilling or unable to accommodate them, he will suffer the same fate as Portland mayor Ted Wheeler, who endures antifa harassment of his home as the price of failing to submit.”

“This is not about reform. It is about revolution, and revolutions don’t care about elections,” he concludes.

As we previously highlighted, earlier this month a pro-Biden polling firm announced that the results on election night could show Trump winning in a landslide, but that after all the mail-in votes were counted, Biden would be victorious with room to spare.

Facebook founder Mark Zuckerberg also said that Americans must get used to the idea that the election result may take “weeks” to be confirmed after voting on November 3 and that “civil unrest” is likely.

Trump supporters see this as clear intention that Democrats will refuse to honor the election result if the president wins.

Twitter has also announced it will remove any tweets claiming victory before election results are certified, which will essentially blocked Trump supporters from challenging the legitimacy of any delay in announcing the winner.