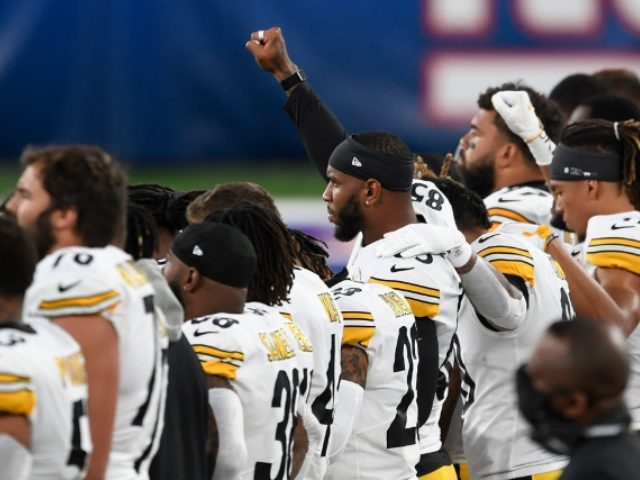 The ratings for ESPN’s Monday Night Football are in, and they are not going to make the folks in Bristol very happy at all.

Against the backdrop of large-scale social justice demonstrations that included Black Lives Matter t-shirts, a giant social justice banner, an entire team standing for the “black national anthem,” and at least 20 players kneeling in protest during the actual national anthem, the Steelers-Giants MNF contest saw a 27% drop from last year.

The second game of the Monday Night Football double-header, saw another notable drop of 2.5 million viewers from last year’s mark.

These numbers are bad, needless to say. However, the full context of how bad they are can’t be appreciated until you factor in two notable variables that have been included in this year’s rating formula which should be helping the NFL, but aren’t.

First, as Outkick reports, roughly 1.2 million fans aren’t attending the games live. Which, in theory, should add to the television numbers since it would be assumed that those fans would be watching at home. Second, speaking of the home, out-of-home viewers are now accounted for in the ratings process for the first time.

Either way, the NFL and their broadcast partners have an enormous problem on their hands.