Portland Police Now ‘On an Island’ Thanks to Non-Stop Violence 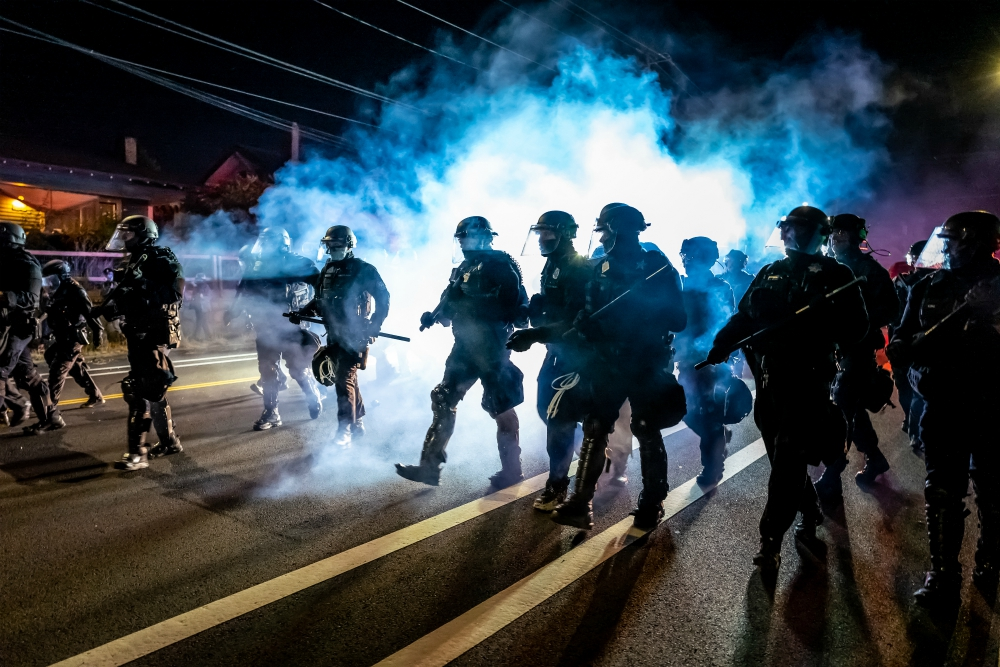 In less than a generation, police in America have gone from hero first responders after the 9/11 attacks to reviled, hated, and hunted.

Though we believe the vast majority of Americans still respect and support their local police, it is obvious they are under assault by a faction of left-wing anarchist groups including Antifa and Black Lives Matter who, with the help of the pathetically dishonest ‘mainstream media,’ have exploited a few incidents involving persons of color to justify their ‘defund’ assault against the thin blue line.

And nowhere are police less supported and more under siege than in Portland, Ore., a city of about 650,000 people where 900 officers used to be enough.

Now, after an endless summer or protests, riots, and murders, police there are past the point of becoming overwhelmed, over-stressed, and burnt out. Officers who can have retired in record numbers; others who can find work elsewhere have left. And many more are nearing their breaking point.

Why has this happened? Because Portland is run by Marxists who back the anarchy at the expense of the police department, which has been forbidden from using common crowd control gear like tear gas and which frequently re-arrests the same perpetrators over and over again because the like-minded district attorney, Mike Schmidt, refuses to prosecute them.

Worse, because of the political conditions in the city, Portland police can’t get any mutual aid support from surrounding departments whose leaders refuse to send officers there only to see them abused while perpetrators and rioters get off scot-free. Thus, officers in the Rose City are now essentially on their own.

“The police are on an island, and no one wants to step on the island because it’s political suicide,” Tim Wonacott, a veteran sergeant with the sheriff’s office in Multnomah County, which includes Portland, told The Wall Street Journal.

After more than three months of daily protests, police in Portland are facing a rise in violent crime and say they are overstretched.

Some in the Portland Police Bureau say they expect protests, which have stopped in recent days as smoke from wildfires clouds the city, to resume. Shootings this year have injured 159 people, compared with 88 at this time last year. Only one is known to have occurred during a protest or march.

Budget cuts and a rise in retirements made it difficult for the department to find enough officers to handle daily demonstrations against racism and police violence. It paid out $6.8 million in police overtime from May through mid-August, a spokesman said. Neighboring jurisdictions that used to provide police to help with big protests refused, not wanting to become embroiled in the city’s divisive politics, law-enforcement officials said.

“I have never seen the police bureau so stressed, personal-strength-wise, never,” Jim Ferraris, president of the Oregon Association Chiefs of Police, who worked for the Portland Police Bureau for nearly three decades before becoming chief in Woodburn, Ore., told the WSJ.

Worse, residents in the city are actually divided over what should be done. The paper notes that roughly half of Portland residents think police aren’t doing enough while the other half (most younger residents) think the police are doing too much.

And cops are stuck in the middle. On the one hand, they are trying to quell violence and property damage using the laws on the books with too few officers who are working far too much overtime; on the other, they are undercut by local Democratic socialist politicians who take away key crowd control tactics, refuse to prosecute offenders, and still expect police to keep a lid on things – all while continuing to answer all of the other calls to the department.

It’s beyond maddening. No wonder the department is disintegrating.