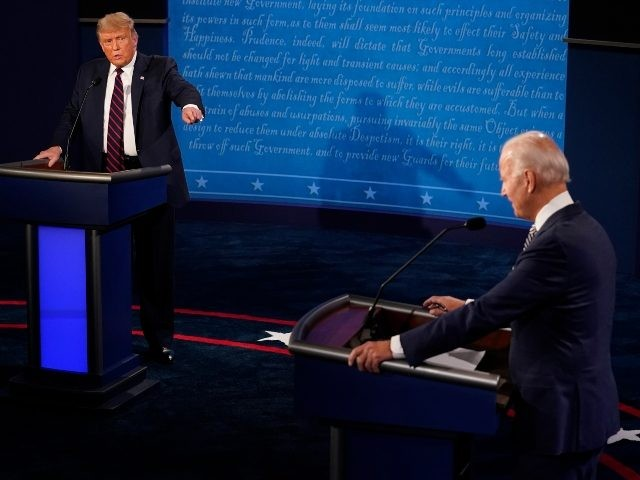 White House physician Dr. Sean Conley said Thursday that President Donald Trump would likely be cleared for public engagements by Saturday after his treatment for the coronavirus.

“Saturday will be day 10 since Thursday’s diagnosis and based on the trajectory of advanced diagnostics the team has been conducting, I fully anticipate the president’s safe return to public engagements at that time,” Conley said in a memo shared with reporters. He said the president had completed his therapy for the coronavirus.

Conley said that Trump’s physical exam remained “stable” and that he was responding well to the treatments he was taking.

President Trump’s campaign soon issued a statement demanding that the scheduled debate for Tuesday take place in person, citing “no medical reason” for the Commission on Presidential Debates to shift to a virtual debate.

The commission announced their unilateral decision to shift the debate to a virtual format on Thursday morning, prompting President Donald Trump’s refusal to participate.

The campaign questioned the timing of the decision, noting that they did not consult experts about the president’s health before changing the terms of the debate.

“The commission must stop protecting Joe Biden from this in-person debate and allow the event to proceed as it was agreed to months ago,” Trump’s campaign manager Bill Stepien said. “The American people can see through this obvious attempt to shield Biden from another shellacking like he got two weeks ago in Cleveland and the CPD must reverse course and let the debate proceed.”