Trump Holds Nothing Back: Calls Kamala Harris a ‘Monster’ 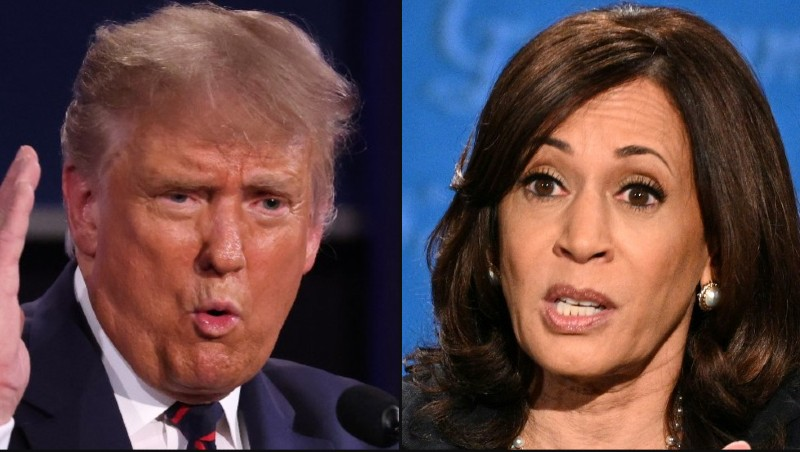 Trump claimed “everything she said is a lie,” adding that he thought Biden wouldn’t “be president for two months” if elected in November.

“And this monster that was on stage with Mike Pence, who destroyed her last night by the way, but this monster she says, ‘No no there won’t be fracking,’” Trump said. “Everything she said is a lie.”

Trump had his first interview Thursday morning since testing positive for coronavirus, telling Bartiromo he would not attend the second presidential debate after the debate commission announced it would be done virtually.

“I heard that the Commission a little while ago changed the debate style, and that’s not acceptable to us,” Trump said. “I’m not going to do a virtual debate.”

“I am not going to waste my time on a virtual debate. That’s not what debating is all about, you sit behind a computer and do a debate, that’s ridiculous, they cut you off whenever they want.”

The Commission on Presidential Debates announced that the second debate between Trump and Democratic nominee Joe Biden will take place virtually after the president tested positive for coronavirus.

The Commission cited a need “to protect the health and safety of all involved with the second presidential debate.”

The candidates will “participate from separate remote locations” while the participants and moderator remain in Miami, it said.

The announcement comes a week before Biden and Trump were scheduled to face off in Miami, Florida.

Deputy campaign manager Kate Bedingfield saying: “Vice President Biden looks forward to speaking directly to the American people and comparing his plan for bringing the country together and building back better with Donald Trump’s failed leadership on the coronavirus that has thrown the strong economy he inherited into the worst downturn since the Great Depression.”