Putin: Democrats Insulting Trump ‘Enhances Our Prestige,’ Plays ‘Into Our Hands’; Trump’s Been Hard On Us; Communists And Democrats Have ‘Common Values’ 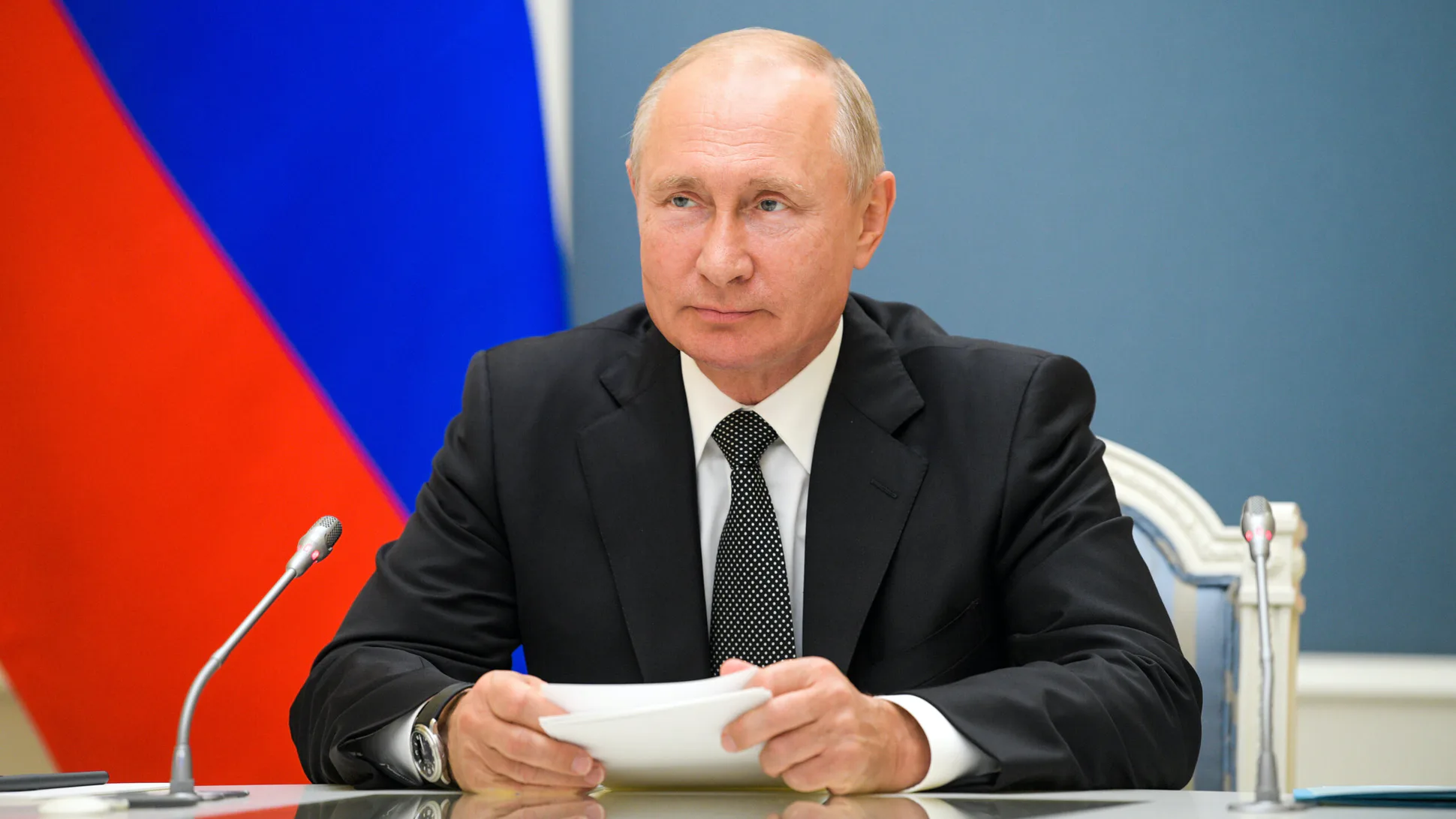 “It was unclear what [Putin’s] goals were — Christopher A. Wray, the director of the F.B.I., warned a House committee last month that Russia was actively pursuing a disinformation campaign against Joseph R. Biden Jr.,” The New York Times reported, “but one possibility was that Mr. Putin was reaching out in case Mr. Biden, who leads in the polls, wins the election.”

Putin made the remarks during an interview on Wednesday with Rossiya 1 TV channel journalist Pavel Zarubin.

“The entire world is watching the final stage of the US presidential race. Much has happened there, including things we could never imagine happening before but the one constant in recent years is that your name is mentioned all the time,” Zarubin said. “Moreover, during the latest debates, which have provoked a public outcry, presidential candidate Biden called candidate Trump ‘Putin’s puppy.’”

“Since they keep talking about you, I would like to ask a question which you probably will not want to answer,” Zarubin continued. “Nevertheless, here it is: Whose position in this race, Trump’s or Biden’s, appeals to you more?”

Putin claimed that Russia does not interfere in U.S. elections, even though Russia was recently named by U.S. intelligence officials as one of the three greatest nation state threats to the upcoming elections.

“Everything that is happening in the United States is the result of the country’s internal political processes and problems,” Putin said. “By the way, when anyone tries to humiliate or insult the incumbent head of state, in this case in the context you have mentioned, this actually enhances our prestige, because they are talking about our incredible influence and power. In a way, it could be said that they are playing into our hands, as the saying goes.”

Putin said that while he appreciated Trump’s openness to improving U.S.-Russia relations, that “the greatest number of various kinds of restrictions and sanctions were introduced [against Russia] during the Trump presidency.”

“Decisions on imposing new sanctions or expanding previous ones were made 46 times. The incumbent’s administration withdrew from the INF treaty. That was a very drastic step. After 2002, when the Bush administration withdrew from the ABM treaty, that was the second major step. And I believe it is a big danger to international stability and security,” Putin continued. “Now the US has announced the beginning of the procedure for withdrawing from the Open Skies Treaty. We have good reason to be concerned about that, too. A number of our joint projects, modest, but viable, have not been implemented – the business council project, expert council, and so on.”

Putin later moved on to addressing his thoughts on Biden, saying that he hears “rather sharp anti-Russian rhetoric” from Biden.

“Regrettably, we have become used to this. But some things are worth mentioning,” Putin continued. “First, the Democratic Party is traditionally closer to the so-called liberal values, closer to Social Democratic ideas, if compared to Europe. And it was from the Social Democratic environment that the Communist Party evolved.”

“After all, I was a member of the Soviet Communist Party for nearly 20 years, or more precisely 18 years. I was a rank-and-file member, but it can be said that I believed in the party’s ideas,” Putin said. “I still like many of these left-wing values. Equality and fraternity. What is bad about them? In fact, they are akin to Christian values. Yes, they are difficult to implement, but they are very attractive, nevertheless. In other words, this can be seen as an ideological basis for developing contacts with the Democratic representative.”

“It is a fact that African Americans constitute a stable electorate, one of the electorates of the Democratic Party. It is a well-known fact, and there is nothing new about this. The Soviet Union also supported the African Americans’ movement for their legitimate rights. Back in the 1930s, Communist International leaders wrote that both black and white workers had a common enemy – imperialism and capitalism. They also wrote that these people could become the most effective group in the future revolutionary battle,” he continued. “So, this is something that can be seen, to a degree, as common values, if not a unifying agent for us. I am not afraid to say so. This is true. Do you remember – well, you are a young man, but people of my generation remember a time when huge portraits of Angela Davis, a member of the US Communist Party and an ardent fighter for the rights of African Americans, were on view around the Soviet Union.”

“Therefore, we believe that this is something we can talk about and that can be used as the basis for mutual understanding but this is far by no means all there is. For example, candidate Biden has said openly that he was ready to extend the New START or to sign a new strategic offensive reductions treaty. This is a very serious element of our potential collaboration in the future,” he concluded. “Therefore, I would like to repeat what I have said more than once before. We will work with any future president of the United State, the one whom the American people give their vote of confidence.”