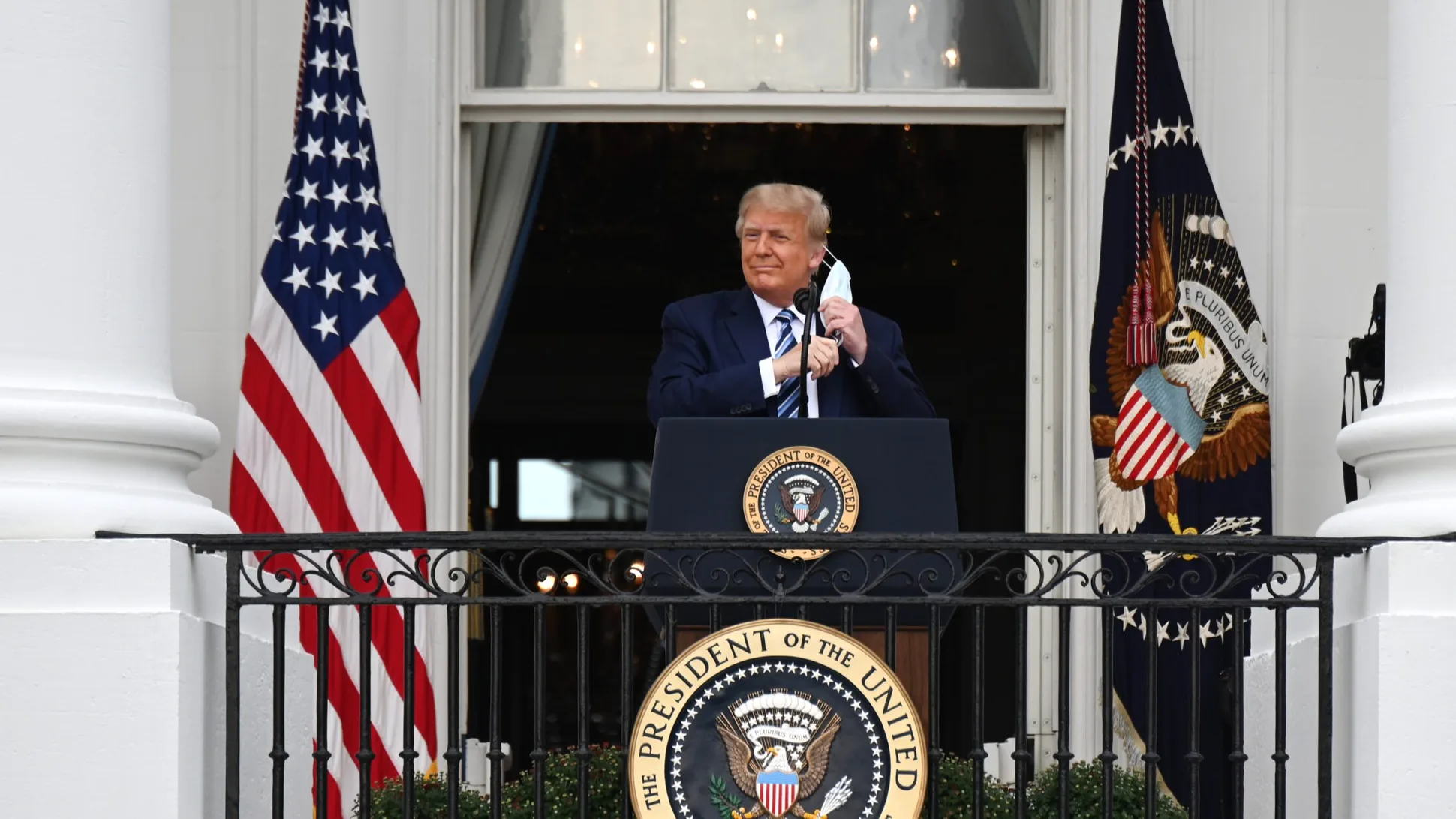 “A total and complete sign off from White House Doctors yesterday,” the president wrote on Sunday, less than a week after he was discharged from Walter Reed National Military Medical Center after three days of treatment for COVID-19.

A total and complete sign off from White House Doctors yesterday. That means I can’t get it (immune), and can’t give it. Very nice to know!!!

The note contained a “learn more” link, but clicking on it takes readers to a page that never discusses the claim Trump made.

Trump also said “it seems like I’m immune, so I can go way out of a basement, which I would have done anyway,” in an appearance on “Sunday Morning Futures” with host Maria Bartiromo.

“I beat this crazy horrible China virus,” Trump said, later adding: “I passed the highest test, the highest standards, and I’m in great shape. And I have to tell you I feel fantastically. I really feel good.”

Early on in the pandemic, reports circulated that people infected with the virus could not get it again. But little was known then.

Now, the Centers for Disease Control and Prevention (CDC) says on a factsheet: “The immune response, including duration of immunity, to SARS-CoV-2 infection is not yet understood. Patients infected with other betacoronaviruses (MERS-CoV, HCoV-OC43), the genus to which SARS-CoV-2 belongs, are unlikely to be re-infected shortly (e.g., 3 months or more) after they recover. However, more information is needed to know whether similar immune protection will be observed for patients with COVID-19.”

The World Health Organization (WHO) has also said there is not enough evidence to support the idea of immunity for those who have caught the virus.

In late August, doctors said they had found a person who was reinfected, Science.com reported.

Scientists have found the first solid evidence that people can be reinfected with the virus that causes COVID-19. A new study shows a 33-year-old man who was treated at the hospital for a mild case in March harbored the virus again when he was tested at the Hong Kong airport after returning from Europe on 15 August, less than 5 months later. He had no symptoms this time. Researchers had sequenced the virus, SARS-CoV-2, from the first infection; they did so again after the patient’s second diagnosis and found numerous differences between the two, bolstering the case that the patient had been infected a second time.

“This case proves that at least some patients do not have life-long immunity,” Kelvin To, a clinical microbiologist at the University of Hong Kong (HKU) and one of the authors of a paper on the case, told the site.

To and his colleagues said the finding means two things: “It is unlikely that herd immunity can eliminate SARS-CoV-2,” the authors wrote, and “vaccines may not be able to provide life-long protection against COVID-19.”