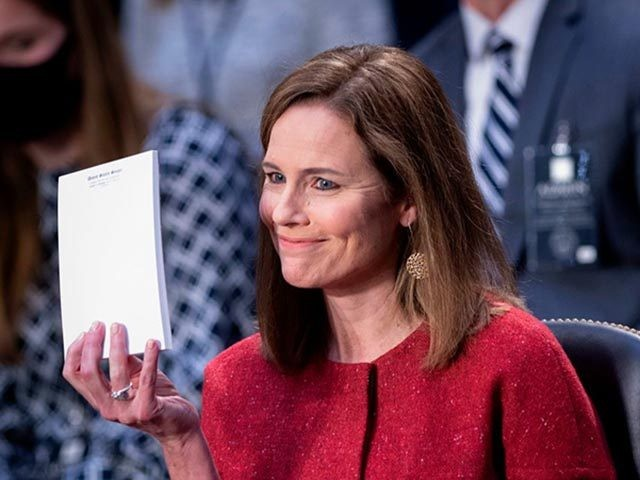 Sen. John Cornyn (R-TX) noted when he had the opportunity to question Supreme Court nominee Amy Coney Barrett that the desk where she sat on Tuesday before the Senate Judiciary Committee was virtually empty.

“Most of us have multiple notebooks and notes, and books, and things like that in front of us,” Cornyn said. “Can you hold up what you have been referring to in answering our questions?”

Barrett held up a small pad of blank paper.

“Is there anything on it?” Cornyn asked.

“That’s impressive,” Cornyn said, and added that it was not impressive that Democrats questioning Barrett implied that she could not be unbiased and would violate her oath of office.

“Judge, the best I can understand the objections to your nomination is not to your qualifications, your experience, or training, but it’s that you have, or you will, violate your oath of office,” Cornyn said. “I find that terribly insulting.”

“They suggest that you cannot be unbiased in deciding a case you have note even participated in yet,” Cornyn said. “I find that insulting as well.”