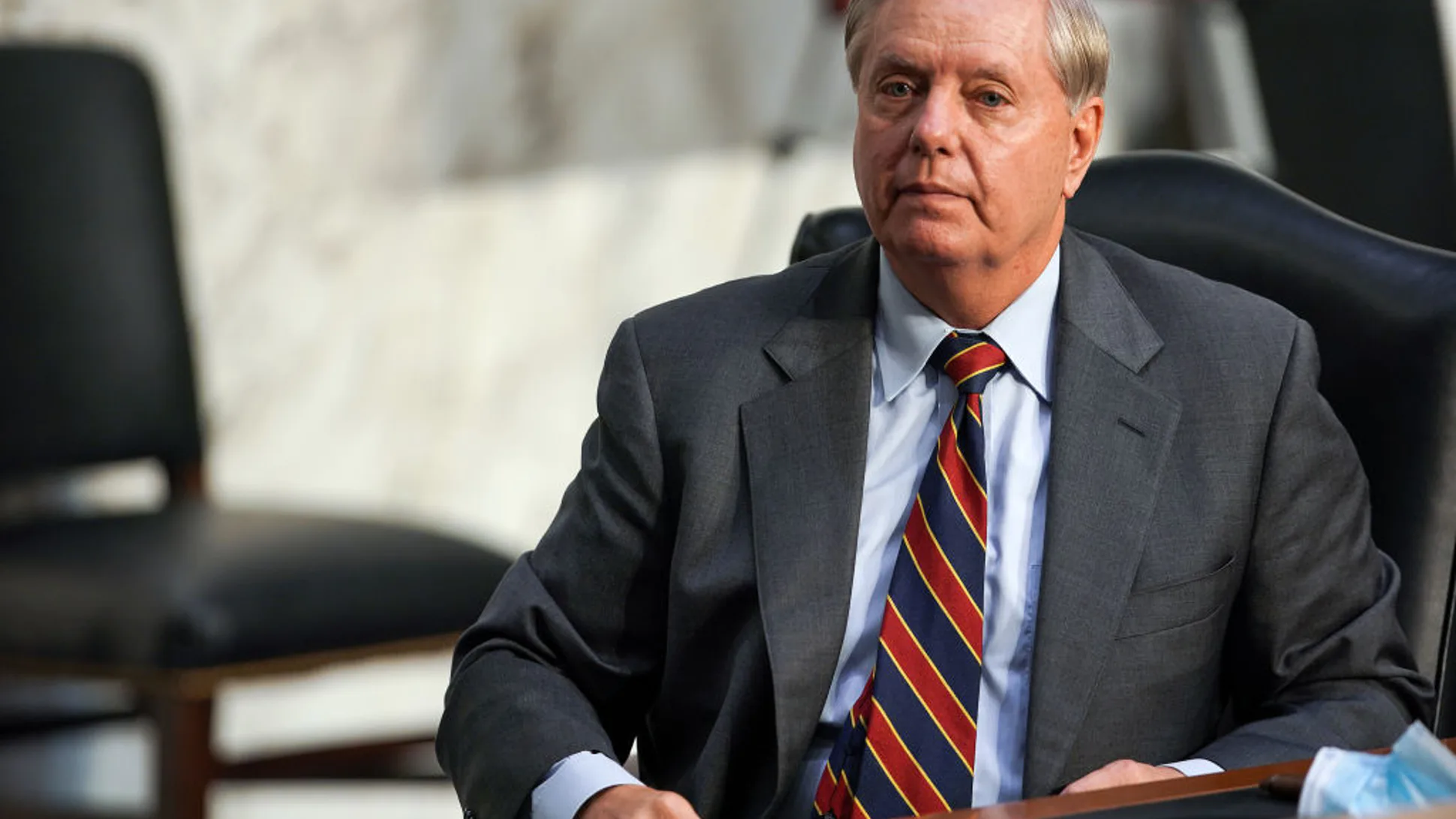 On Tuesday, during the confirmation hearings for Judge Amy Coney Barrett to the Supreme Court, Rhode Island Democratic senator and ardent leftist Sheldon Whitehouse spent his entire allotted time not asking Barrett any pertinent questions, but mansplaining his bizarre conspiracy theory that “dark money” was behind Barrett’s nomination as spoke mysteriously about “forces outside of this room.”

As Whitehouse neared the end of his harangue, the expression on Senate Judiciary Committee chairman Lindsey Graham was absolutely priceless:

We are all Lindsey Graham pic.twitter.com/U5Q2cWJodd

Whitehouse theorized that audiences watching the confirmation hearing on their “little TV box” were watching through the frame of a “puppet theater,” and didn’t understand the “whole story” and the “real dynamic” of “what is going on here. And you’re certainly not gong to understand forces outside of this room who are pulling strings and pushing sticks and causing the puppet theater to react.”

Whitehouse said conspiratorially, “We have colleagues here who supported you, this nominee, before there was a nominee. That’s a little unusual.”

After citing various GOP senators’ comments during the Merrick Garland nomination to the Supreme Court out of context, Whitehouse said in hushed tones, “When you find hypocrisy in the daylight, look for power in the shadows.”

Hilariously, Whitehouse, a member of the same party that has often run to the courts to achieve their goals when they fail legislatively, whined of the GOP, “Why is it surprising to be concerned that you want this nominee to do what you want nominees to do?”

Whitehouse segued back to conspiracy theories by brandishing a sign reading, “The scheme.” He said darkly, “In all cases there’s big anonymous money behind various lanes of activity.” He then targeted The Federalist Society before he cited the Judicial Crisis Network, revealing what he apparently assumed was terrifying information that they had run PR and campaign ads for GOP judicial nominees and that they had received multi-million-dollar funding. He then turned to a range of groups “funded by dark money.”

“What’s behind is is now 80 cases, Mr. Chairman, 80 cases under chief Justice Roberts, that have these characteristics: one: they were decided 5-4 by a bare majority, two: the 5-4 majority was partisan, in the sense that not one Democrat appointee joined the five,” Whitehouse continued. “I refer to that group as the ‘Roberts 5.’ It changes a little bit, as with Justice Scalia’s death, for instance, but there’s been a steady ‘Roberts 5’ that has delivered now 80 of these decisions. And the last characteristic of them is that there’s an identifiable Republican donor interest in those cases, and in every single case that donor interest won. It was an 80-0, five to four partisan rout. Ransacking.”

At that point, Graham expressed his disgust facially in no uncertain terms.

Whitehouse’s penchant for accusing the GOP of being controlled by dark money is nothing new; as Real Clear Politics (RCP) noted in July, “The Rhode Island senator apparently sees no contradiction in giving speeches to liberal groups that accept money from secret Democratic donors, as he did last week, telling the audience that GOP dark money is undermining the U.S. judiciary and the rule of law. Additionally, Whitehouse told a reporter last year he would accept donations from liberal dark-money groups.”

“Whitehouse earlier this month trashed the judicial nominating process during Trump’s time in office as ‘rigged,’” RCP continued. “He argued that Supreme Court Justices Neil Gorsuch and Brett Kavanaugh won confirmation because they were backed by a sophisticated, campaign-style ‘dark-money’ advertising ‘scheme’ funded by corporations and deep-pocketed GOP donors.”