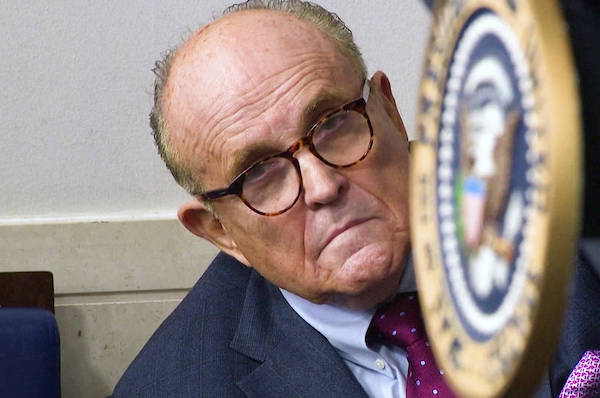 Costello confirmed the bombshell New York Post report that alleges an Apple MacBook Pro that belonged to Hunter Biden was turned over to the FBI in December by a computer repair shop owner.

The Post reported that the broken laptop was dropped off in April 2019, but nobody returned to collect it or pay the bill. It was unclear who dropped off the laptop.

Costello said the laptop was inoperable, but it remained unclear if the FBI retrieved the contents – and if it still existed. However, he underscored that he had in his possession a copy of the hard drive with tens of thousands of potentially damaging correspondence pertaining to Hunter Biden’s Ukraine dealings, which also implicate his high-profile father.

The FBI did not immediately respond to Fox News’ request for comment.

Among the deluge of documents allegedly obtained by Giuliani and Costello: sexually explicit photographs and footage of Hunter Biden, as well as email correspondence dating back to May 2014 that seemingly demonstrated how the son introduced his father – then the vice president – to a Ukrainian businessman and Burisma adviser despite a cloud of ethical concerns.

The email appeared to counter claims by Joe Biden, who has maintained that he has “never spoken to (his) son about (his) overseas business dealings.”

The situation surrounding the Biden’s is picking up steam considering the Senate Homeland Security and Governmental Affairs Committee is now investigating this bombshell development.

Committee Chairman Ron Johnson, R-Wis., told Fox News on Wednesday that the committee has been in touch with the person who provided the emails and was in the process of validating the information.

The emails in question were obtained by The New York Post and revealed that Biden’s son introduced the former vice president to a top executive at Ukrainian natural gas firm Burisma Holdings less than a year before he pressured government officials in Ukraine to fire prosecutor Viktor Shokin who was investigating the company.

“We regularly speak with individuals who email the committee’s whistleblower account to determine whether we can validate their claims,” Johnson said to Fox News. “Although we consider those communications to be confidential, because the individual in this instance spoke with the media about his contact with the committee, we can confirm receipt of his email complaint, have been in contact with the whistleblower, and are in the process of validating the information he provided.”