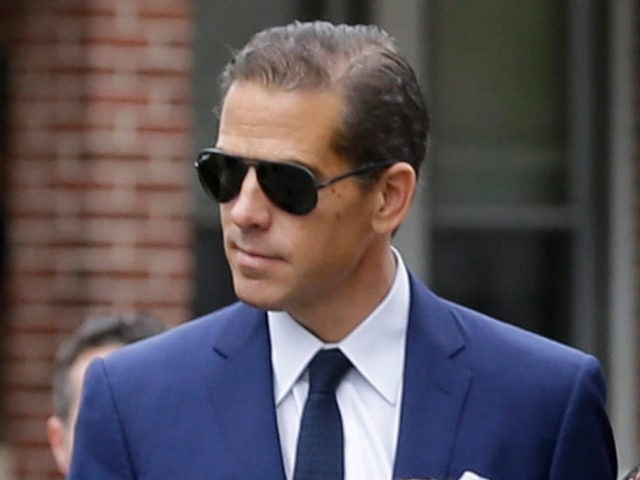 Hunter Biden canvassed possible business involvement with a major Chinese firm as he sought deals that would be “interesting for me and my family,” according to a new batch of emails released by the New York Post on Thursday.

The son of the Democratic presidential nominee corresponded with China’s largest private energy provider, CEFC, messages unearthed by the Post from what is alleged to be Hunter’s personal laptop show.

In one missive sent to Hunter in May 2017 titled “Expectations,” details of “remuneration packages” for six people in a business venture were discussed.

He was identified as the “chair/vice chair depending on agreement with CEFC,” an apparent reference to the now bankrupt Shanghai conglomerate China Energy Co.

Hunter’s pay was “850” and the correspondence also outlined he “has some office expectations he will elaborate.”

The email revelations come barely 24-hours after the Post published other emails that showed Joe Biden lied when he said he’s “never spoken to my son about his overseas business dealings,” as Breitbart News reported.

Gas company Burisma’ adviser Vadym Pozharskyi thanked Hunter for “an opportunity to meet your father” in an email sent in 2015, according to the trove of data given to the Post by Rudy Giuliani.

In the latest cache, one email appears to outline a “provisional agreement” where 80 percent of the “equity” would be shared equally among four people whose initials related to Hunter and three other recipients.

James Gilliar sent the email from consulting firm J2cR, saying: “I am happy to raise any detail with Zang if there is shortfalls?”

Zang appears to be a reference to Zang Jian Jun who was the former executive director of CEFC.

In another 2017 email, Biden reportedly discussed a deal with Ye Jianming, a since-vanished chairman of CEFC.

He also sought to make clear his efforts should not go unrewarded, saying:

“Consulting fees is one piece of our income stream but the reason this proposal by the chairman was so much more interesting to me and my family is that we would also be partners inn [sic] the equity and profits of the JV’s [joint venture’s] investments.”