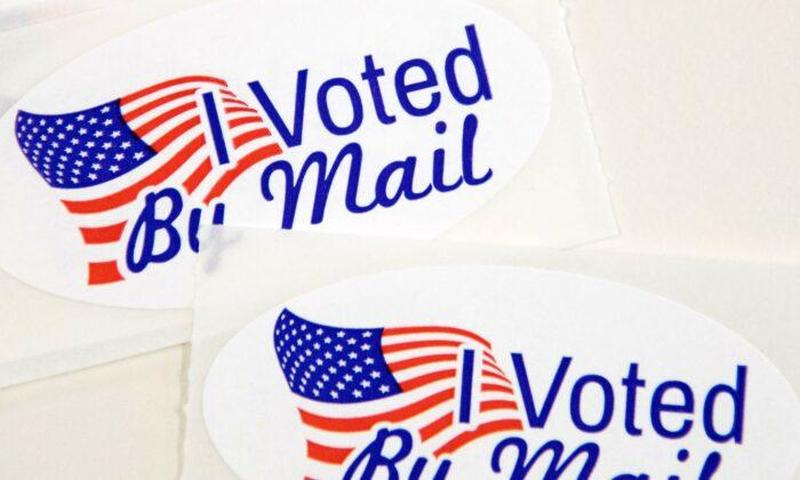 A total of 353 counties in 29 U.S. states have 1.8 million more registered voters than eligible voting-age citizens, according to an analysis by Judicial Watch.

In addition, eight states, including Alaska, Colorado, Maine, Maryland, Michigan, New Jersey, Rhode Island, and Vermont, were found to have statewide registered voter totals that exceeded 100 percent of eligible voters, according to the nonprofit government watchdog.

Judicial Watch compared the registration data available for 37 states with the U.S. Census Bureau’s most recently available American Community Survey (ACS) numbers for the period 2014–2018 on a county-by-county basis.

The nonprofit said its study “is necessarily limited to 37 states that post regular updates to their registration data. Certain state voter registration lists may also be even larger than reported, because they may have excluded ‘inactive voters’ from their data.”

“Inactive voters, who may have moved elsewhere, are still registered voters and may show up and vote on election day and/or request mail-in ballots.”

In a similar study last year by Judicial Watch, 372 counties were found to have more registered voters than those eligible to vote. The ACS data in that analysis covered the period 2013–2017.

States are required under a federal law approved in 1993 to make all reasonable efforts to maintain updated voter registration rolls, but enforcement of the statute was almost nonexistent until recent years when Judicial Watch began suing individual states.

Earlier this month, for example, Judicial Watch sued Colorado seeking to force it to clean up its registration rolls. At least 42 of Colorado’s 60 counties have more registered voters than eligible citizens, according to the latest Judicial Watch analysis. Denver County’s registered voter total equals 103 percent.

The nonprofit sued Illinois in federal court in September seeking to obtain registration data the state has refused to make available, a violation of the 1993 law.

The Supreme Court in 2018 upheld a Judicial Watch settlement with Ohio in which that state agreed to a cleanup program of the registration rolls.

A settlement last year of a Judicial Watch suit against California resulted in Los Angeles County officials agreeing to actions that could result in the removal of 1.5 million inactive voters.

The results of the Judicial Watch analysis come as the nation nears the end of the 2020 campaign, which has been marked by massive efforts by Democratic state and local officials, encouraged by colleagues in Congress, to use mail-in ballots as widely as possible.

The mail-in ballots are claimed to be required to accommodate voters concerned about being in large crowds and thereby being potentially exposed to the CCP virus, also known as the novel coronavirus.

A national lockdown of the economy and restrictions on movement of the populace that began in March remains in place to greater or lesser degrees seven months later, with the strictest restrictions generally being found in Democratic states.

There have been multiple news reports in recent weeks of thousands of mail-in ballots being trashed, along with accusations in several cases that the destroyed or trashed documents were by voters intending to support Republican candidates.

Some of the reports have also included absentee ballots, but there’s less controversy about them because states have long experience in dealing with such voting.

President Donald Trump has repeatedly predicted that the widespread use of mail-in ballots will encourage voting fraud, potentially delaying by days or even weeks a clear determination of whether he or Democratic rival former Vice President Joe Biden, will occupy the Oval Office in 2021.

“There is fraud; they found them in creeks, they found them with the name Trump in a wastepaper basket,” Trump declared during his first nationally televised debate with Biden.

“This will be a fraud like you have never seen.”

In one case, Stefan Neimann, a German journalist living in the District of Columbia, reported receiving three blank mail-in ballots, including one to an individual known to be deceased.

“The chaos that Trump lamented with the delivery of mail voting papers is here. I am not allowed to vote here,” Niemann wrote in a tweet, according to a translation.

“But three ballots came to my Washington address: for the previous tenant who moved five years ago, the landlady living in Puerto Rico, and her deceased husband,” he said.

Biden insisted during the debate, however, that there is “no evidence” of fraudulent mail-in voting.

At least 25 million people have already voted in the 2020 election, thanks to numerous states beginning to allow ballots to be cast prior to Nov. 3, with Florida having an estimated 1.6 million. At the same point in the 2016 election, fewer than 2 million voters had cast ballots.