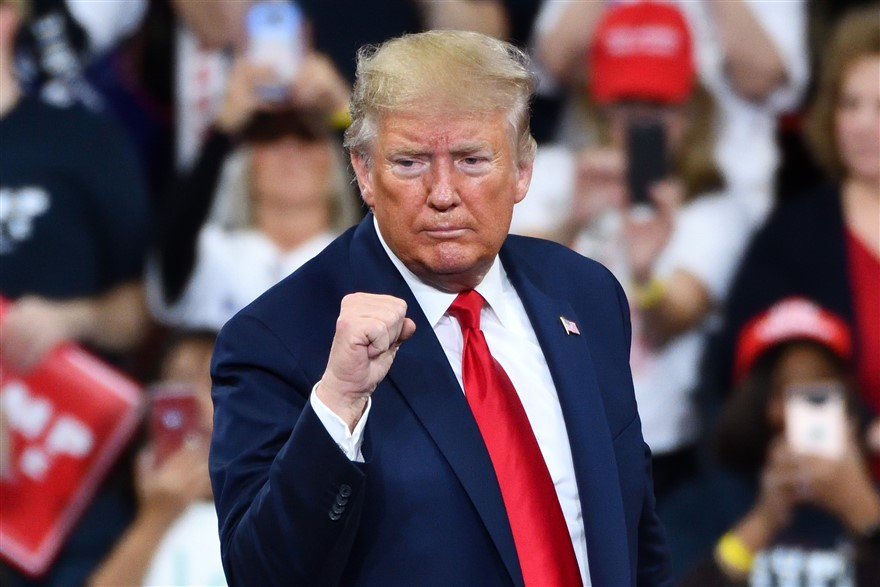 President Trump got a bit of help from an unusual source to prove that Joe Biden is a liar who claimed that he would not cut Social Security at Thursday’s debate.

During a stop on his barnstorming tour through key battleground states, Trump used an ad from socialist Bernie Sanders that dropped the hammer on lunchbucket Joe and his aversion to telling the truth.

At a rally in Pensacola, Florida on Friday, the Trump campaign played the ad that was being run by Comrade Bernie before he was ambushed by the DNC in South Carolina and played for a fool by his fellow candidates who stayed in the race just long enough to siphon off his support before dropping out and endorsing Biden.

The setup for Trump’s big surprise came when he accused his opponent of wanting to cut Social Security and other benefits when he was in the Senate to which Biden replied:

But just as he has with the Charlottesville very fine people “on both sides” hoax, Biden is once again lying his ass off, and thanks to Bernie, it’s all right there for people to see.

The Trump campaign tweeted out the ad as it played for those in attendance at the rally in order to boost the signal.

Playing NOW at the Trump rally in #Florida pic.twitter.com/tf4bf45Z5N

Trump and Biden have battled over the safety of Social Security funds during their presidential campaigns. Biden has claimed that Trump would bleed Social Security coffers dry within three years. Trump has said that Biden attempted to cut both Medicare and Social Security during his decades in the Senate.

Trump then introduced the video which featured footage from a March Democratic Presidential debate between Biden and Vermont Senator Bernie Sanders.

“No,” Biden said. “When I argued that we should freeze federal spending, I meant social security as well. I meant Medicare and Medicaid. I meant veterans’ benefits. I meant every single solitary thing in that government.”

Democrats have been able to get away with lying about pretty much everything due to the failure of the domestic mainstream media but the truth always has ways of getting out.

According to reports, Sanders has his eye on the cabinet position of Biden’s labor secretary if good old Joe “wins” the election but the video may have just shattered that dream.