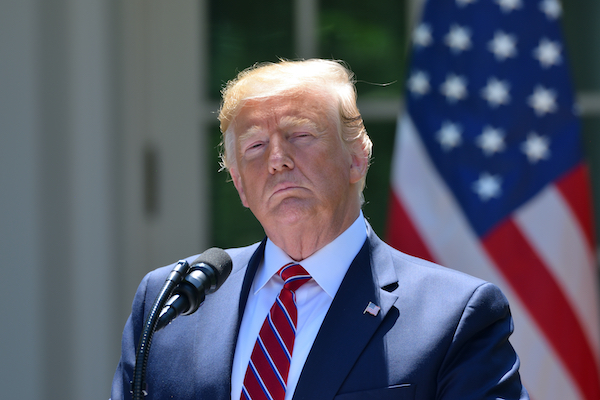 On Thursday, Republican senators in the Michigan legislature called on Michigan Secretary of State Jocelyn Benson to conduct a “full audit” of the 2020 election.

The letter was signed by Tom Barrett and Lana Theis, two state senators, who urged Benson to delay certifying the final results of the election until a full audit was conducted.

“Every citizen deserves to have faith in the integrity of the election process and its outcome. It is our responsibility, as elected public servants, to assure the people of Michigan of the process’s integrity through complete transparency and the faithful investigation of any allegations of wrongdoing, fraud, or abuse,” the senators wrote. “Unfortunately, a number of serious allegations have been made which cannot and should not be ignored.”

The letter first focused on a 6,000 vote error in one county which favored Joe Biden in the state of Michigan.

“Antrim is just one of 47 counties in Michigan that used the software system at issue, Dominion Voting Systems, to process their ballots,” the pair said.

“This is particularly concerning when at least one other Secretary of State, specifically in Texas, refused to certify Dominion Voting Systems for use because the examiner could not verify that the system was ‘safe from fraudulent or unauthorized manipulation,’” they added.

Benson has called claims about a glitch resulting in the skewed results “erroneous” and said that the 6,000-vote error was due to the clerk not updating the software used to tabulate results.

“Third, there are allegations that unsecured ballots arrived at the TCF Center loading garage, outside of sealed ballot boxes, without any chain of custody, and without envelopes,” the from the two Senators’ letter continues. They also cited one allegation that claims 40,000 ballots were taken from “out-of-state” vehicles and all went “for one candidate.”

“Finally, there are allegations of illegal and official intimidation and interference with lawful election challengers and poll watchers, which is an essential aspect of election integrity,” they continue.

The senators noted that all of the claims were “backed up by sworn affidavits of over 100 Michigan citizens, real people, willing to face legal consequences to their lives and livelihoods to stand by their assertions.”

“These claims deserve our full attention and diligent investigation to ensure fairness and transparency in our election process. As such, and due directly to these issues, we are requesting a full audit be conducted of the 2020 General Election prior to the certification of any results,” the letter says.

President Trump’s campaign filed a federal lawsuit in Michigan on Tuesday to stop the secretary of state from certifying election results until allegations of “irregularities, incompetence and unlawful vote counting” can be investigated and all ballots confirmed.

“The suit relies on affidavits from witnesses who say they saw election officials counting ineligible ballots, counting batches of the same ballots multiple times, counting illegal late ballots and pre-dating them, accepting ballots deposited in drop boxes after the deadline, and duplicating ballots illegally,” the campaign said in a statement. “It also documents how defendant Wayne County used faulty ballot tabulators that miscounted votes for President Trump as votes for the Biden-Harris ticket.”