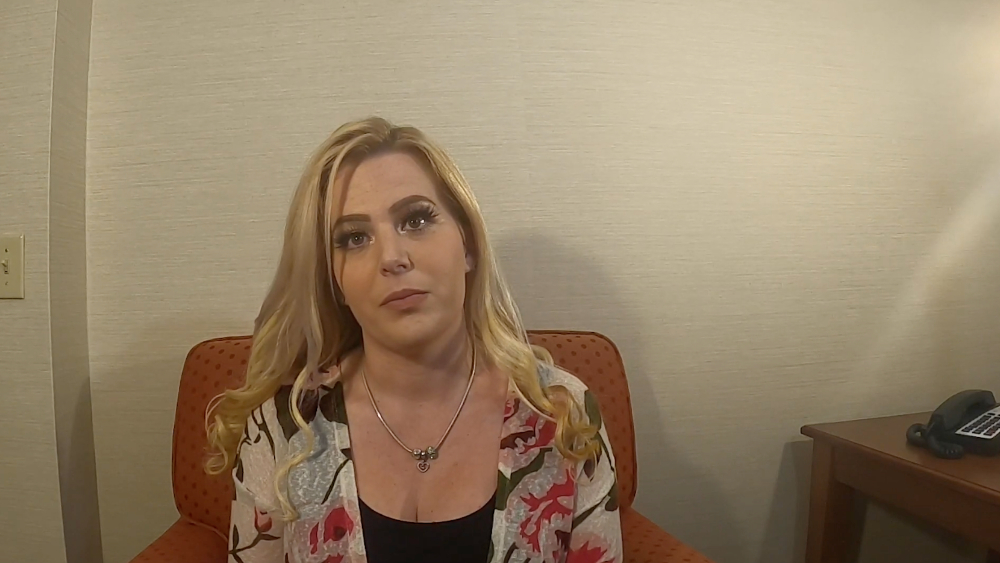 For days, lawyers for President Donald Trump have been claiming his reelection campaign has obtained testimony from scores of eyewitnesses who say they witnessed vote fraud on behalf of Democratic rival Joe Biden.

But we’ve not actually heard from any whistleblowers.

That has now changed.

In video testimony, Detroit IT worker Melissa Carone, who was employed by Dominion Voting Systems as a contractor to keep an eye on ballot-counting machines, says she witnessed poll workers at the TCF Center repeatedly run the same batches of 50 ballots through counters sometimes up to eight, nine, 10 times.

What’s more, she said that while she was not allowed to touch ballots or stand directly over machines, she said only saw ballots marked for Biden during her entire 24-hour shift – not a single ballot for President Trump.

She also testified that there was no legitimate, legal oversight of the balloting process – that Democrats were essentially ‘watching’ Democrats. She also says she saw poll workers duplicating ballots while changing the votes on others, stealing results in the open.

Carone also said she reported her findings to the FBI, but at this point, there is no indication that the bureau – or the Justice Department – has done a thing to investigate.

Her revelations come amid others by Trump campaign lawyer Sidney Powell, who says she and other legal eagles working on behalf of the president have discovered substantial evidence of alleged payoffs, vote alterations, and other shenanigans related to Dominion and certain state elected officials whom she did not name.

But she also appeared on Fox Business Network with Lou Dobbs, and that interview is here:

And here’s some food for thought: If – if – widespread, open vote fraud against this president were going to take place, it makes perfect sense that it would be carried out in Democratic strongholds like Detroit, where there is a corrupt machine already in place.

And to that point, as Rasmussen Reports noted, Biden only outperformed Hillary Clinton’s 2016 performance in four cities: Milwaukee, Atlanta, Philadelphia…and Detroit… ‘where the vote even exceeded the number of registered voters.’

Hang in there, Mr. President. Don’t concede just yet.