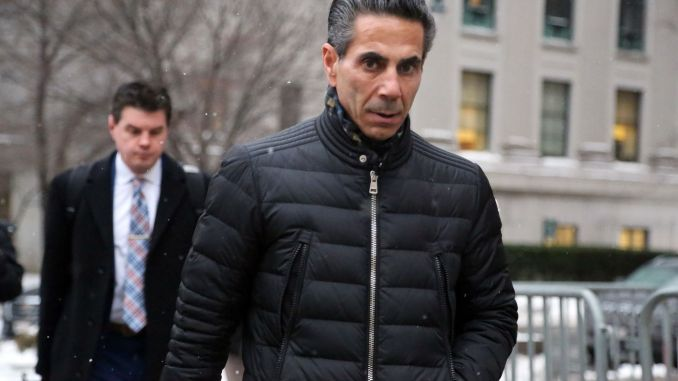 Trump team lawyer, and Executive Director of the American Center for Law and Justice, Jordan Sekulow tweeted an exclusive article from the Buffalo Chronicle that suggests the alleged boss of the Philly mob, Skinny Joey’ Merlino, may be ready to flip on Democrat operatives in exchange for a full expungement of his decades-long criminal record.

In addition to tweeting the link to the Buffalo Chronicle article, Sekulow tweeted: “Follow all leads #Elections2020”

Follow all leads #Elections2020 EXCLUSIVE: How a Philly mob boss stole the election — and why he may flip on Joe Biden: https://t.co/omPjqJv5gW

From the Buffalo Chronicle – An associate says that Merlino might just be willing to flip on Joe Biden and the Pennsylvania political operatives who ordered up some 300,000 election ballots marked for Biden. The source alleges that Merlino and a lean team of associates manufactured those ballots at a rate of $10 per ballot — a whopping $3 million for three days of work. They were then packaged into non-descript cardboard boxes and dropped off outside the Philadelphia Convention Center.

Sources who spoke to The Chronicle on the condition of anonymity say that Merlino picked up those ballots from two private households where a trusted handful of associates were busily marking ballots with Sharpie markers. They were paid more than $1,000 per hour, often producing thousands of ballots every hour for more than 60 nearly-consecutive hours.

The ballots were purchased in cash.

It’s thought that Democratic Party operatives working inside Philadelphia’s election office provided Merlino with crates of raw ballots just hours before polls closed on election night, which he transported to two private households in South Philadelphia. By 10 p.m. that night Merlino’s operation was already generating more than 3,000 ballots per hour, which quickly scaled to more than 6,000 ballots per hour before midnight.

But now, Merlino might just be willing to flip on Biden — in primetime Congressional testimony — if President Donald J. Trump is willing to issue the longtime mobster a full expungement of his decades-long criminal record. And, of course, Merlino wants to be pardoned for the election fraud itself and any crimes to which he may incriminate himself during his testimony.

Jordan Sekulow appeared on Newsmax this morning where he discussed the latest update on what’s happening related to illegal votes in Pennsylvania. If there’s nothing to this article in the Buffalo Chronicle, why would Trump’s lawyer tweet it?

I joined Wake Up America this morning on @newsmax TV to share the latest information on President Trump’s legal challenges. https://t.co/8vxyDeH8tO

We cannot confirm the allegations made by the Buffalo Chronicle, we are simply sharing the evidence we discover that could have an impact on the outcome of the election. The article does list “an associate” and “anonymous sources” in their article, much like the Washington Post and The New York Times listed anonymous sources for the past 4 years to accuse President Trump of a multitude of offenses proven to be completely false.