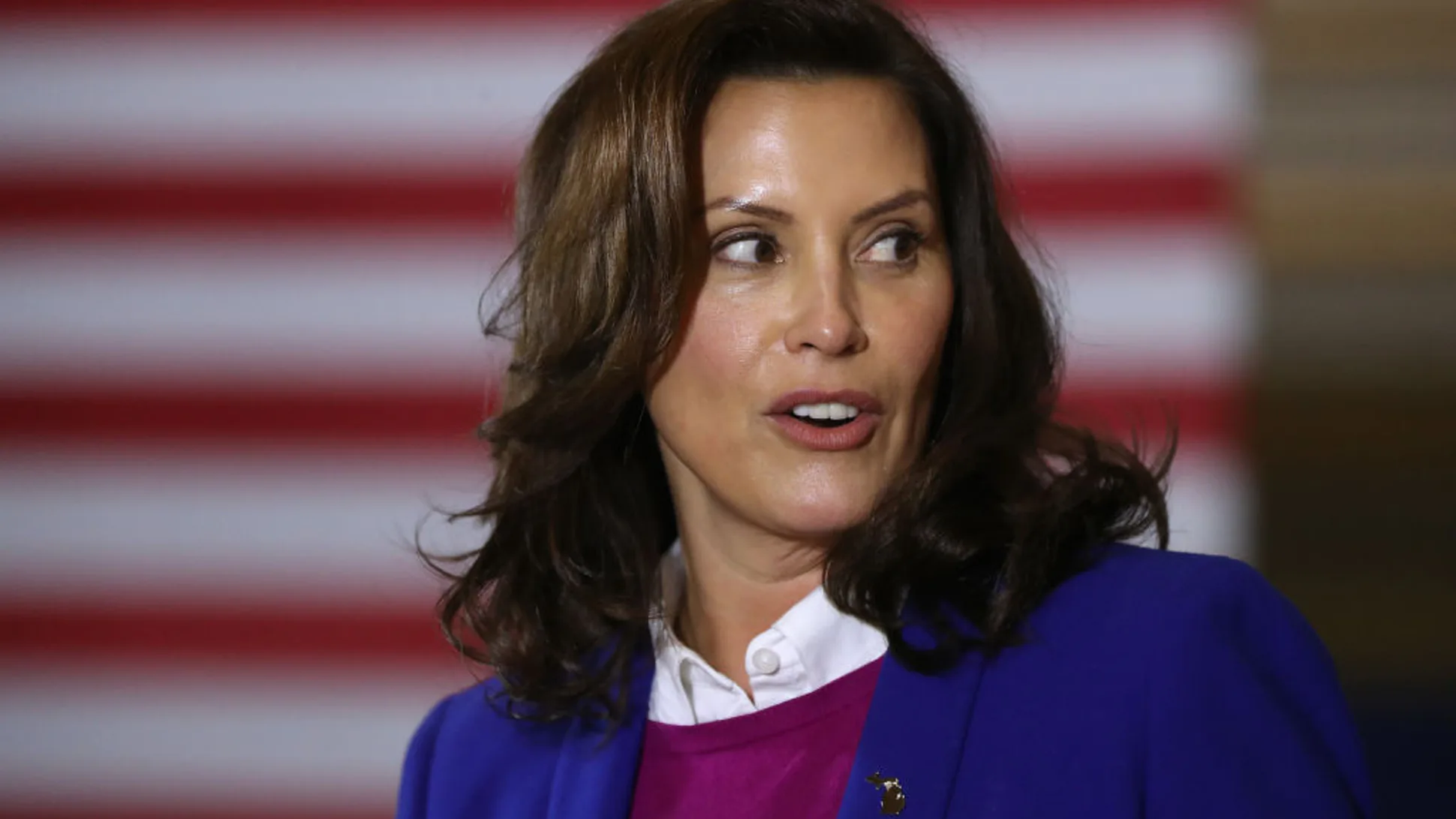 A “growing list” of Michigan state lawmakers are calling for Democratic Gov. Gretchen Whitmer’s impeachment over her handling of the coronavirus.

Michigan state Rep. Matt Maddock, a Republican, tweeted Monday that he and several other state lawmakers will support legislative hearings potentially to remove Whitmer from office. Maddock’s announcement comes after Whitmer placed the state under new lockdown restrictions despite the Michigan State Supreme Court throwing out her emergency orders.

“Today, myself and a growing list of Michigan Legislators have decided that [Whitmer] has crossed the line and will be calling for #ImpeachWhitmer hearings. The list of violations is long and the call is overdue,” Maddock said.

Today, myself and a growing list of Michigan Legislators have decided that @GovWhitmer has crossed the line and will be calling for #ImpeachWhitmer hearings. The list of violations is long and the call is overdue #MIGOP #MILEG

He expanded on his statement in a post on the social media platform Parler. He said that GOP state Reps. Daire Rendon, Beau LaFave, Ryan Berman, and Shane Hernandez, as well as GOP state Sens. Dan Lauwers and Lana Theis have joined the push to impeach Michigan’s governor.

“Michigan voters know she has committed the following impeachable conduct:,” Maddock said before accusing Whitmer of a string of abuses, misconduct, and violations:

Completely ignored due process and the legislature.

Using our kids as political pawns and denied special needs students who depend on the services that occur during in-person classes. Caused the unnecessary death of thousands of our vulnerable elderly who died alone and scared in nursing homes.

I’ve listed the first things that come to my mind. What did I miss?

Whitmer’s office responded to the calls for impeachment in a statement, according to WWMT.

“Governor Whitmer doesn’t have any time for partisan politics or people who don’t wear masks, don’t believe in science, and don’t have a plan to fight this virus,” Whitmer press secretary Tiffany Brown said. “Right now, she is focused on saving lives. The governor will continue to work hard for all 10 million Michiganders. This is about Michigan vs. COVID-19. Governor Whitmer doesn’t care if you’re a Trump Republican or a Biden Democrat. We are all in this together.”

Whitmer announced a new lockdown order over Michigan on Sunday, claiming it is necessary in order to combat a growing number of coronavirus cases across the state. The new order limits indoor gatherings to 10 people and outdoor gatherings to 25, requires all high school and university classes to move online, and restricts a number of other activities.

“We cannot control the fact we’re seeing a surge in cases; we can control how we combat our common enemy,” Whitmer said on Sunday. “If we don’t act now, thousands more will die, and our hospitals will continue to be overwhelmed. We can get through this together by listening to health experts once again and taking action right now to slow the spread of this deadly virus.”

The Michigan State Supreme Court overturned Whitmer’s emergency lockdown orders in early October and later denied a request by her office to leave her restrictions in place for several more weeks until a replacement strategy could be worked out. The court ruled that her orders should never have continued past April when the original emergency order would have timed out under Michigan state law.

The Democratic governor put most of the regulations back in place anyway, citing precedent for the governor’s powers under the 1918 flu pandemic.