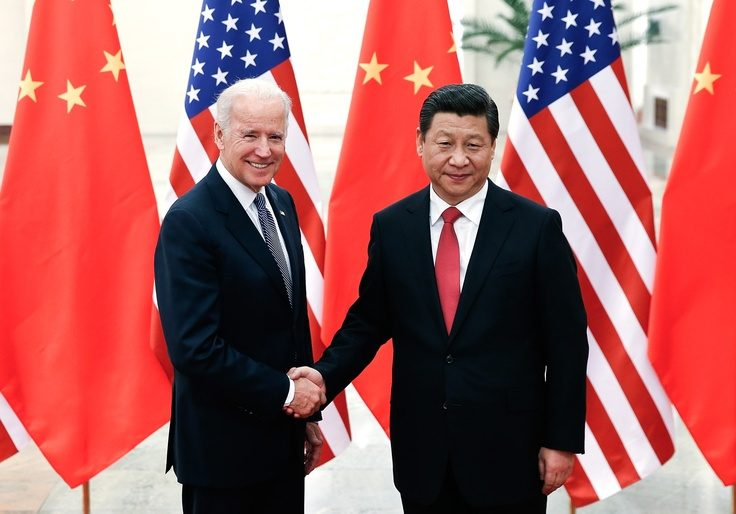 Joe Biden has been a harsh critic of President Trump’s confrontational approach to China, but congressional leaders on foreign policy say there will be bipartisan resistance to any attempt by an incoming Democratic administration to soften relations with Beijing.

While Biden has repeatedly criticized the U.S.-China trade war, the Biden White House will likely face vocal opposition from Congress if he attempts to reach a hasty end to the trade conflict without heavy concessions from Beijing, according to members of Congress.

“If the next administration is hesitant to stand up to China, that just makes Congress’s foreign policy all the more important,” Rep. Jim Banks (R., Ind.), a China Task Force member, told the Washington Free Beacon. “My top priority during the 117th Congress … will be preserving the gains we’ve made in our relations with China.”

Biden, who did not respond to request for comment, has downplayed China’s threat to U.S. interests in the past. He told Iowa voters that China is “not a competition for us” in 2019 and frequently signaled on the campaign trail that he will be a friendlier president to Beijing. He has also surrounded himself with advisers and surrogates with pro-China track records. Former U.S. ambassador to China Max Baucus, who advises Biden about China policy, has been a vocal supporter of Beijing, comparing Trump’s confrontational China policy to Adolf Hitler during a TV appearance on a regime propaganda outlet. Biden himself railed against the Trump administration’s handling of the trade war, calling it a “shortsighted” blunder that hurt American farmers and workers.

Foreign policy experts credited Trump with shifting the bipartisan consensus about China. After four years of the president’s tough-on-China agenda, the vast majority of Americans—both Democrats and Republicans—hold an unfavorable view of the Chinese government. Politicians, lobbyists, and activists on both sides of the aisle support protectionist economic statecraft and a strong response to Chinese human-rights abuses, according to Dean Cheng, a foreign policy expert at the Heritage Foundation.

“Now, nobody likes China,” Cheng said. “There is no pro-China lobby at this point in the United States.”

When Biden left the Senate 12 years ago, legislators on both sides of the aisle backed greater commercial ties with China. He faces a different landscape in 2021. The Democratic shift toward protectionism is most evident in the 2020 party platform, which pledged to “take aggressive action against China” for its unfair economic practices and acknowledged “the global trading system has failed to keep its promises to American workers.”

“In the coming years, America must address such malign activities as China’s nuclear build-up, their years of intellectual property theft, their exploitation of U.S. academia, and more,” Cheney said.

Experts predict China could provide one of the few opportunities for bipartisanship in a divided government. Zack Cooper, a research fellow at the American Enterprise Institute, said bipartisan support for protectionism in Congress might present an opportunity for Biden to implement some form of industrial policy with support from both sides of the aisle.

“There’s a lot of appetite in both parties for more industrial policy, which is a bit of a surprise, especially on the Republican side,” Cooper said. “So I’m guessing you’ll see much more focused on industrial policy because it’s seen as necessary to compete effectively with China.”

Michael Sobolik, a fellow at the American Foreign Policy Council, expressed concern that the new Democratic administration might offer lopsided concessions to Beijing in exchange for cooperation on progressive agenda items such as climate change. Such concessions might undermine the leverage America has used to advance its goals on the economic and human-rights fronts.

Despite the unknowns, what is certain is that any Biden White House push to overturn key aspects of the Trump administration’s China agenda could face intense pushback from congressional Republicans, eager to preserve the gains made in the last four years.

“The bottom line is this: If you want to treat China like we’ve been treating China in the past, that’s going to be a failed strategy,” said Rep. Adam Kinzinger (R., Ill.). “All we have to do is look at the past.”