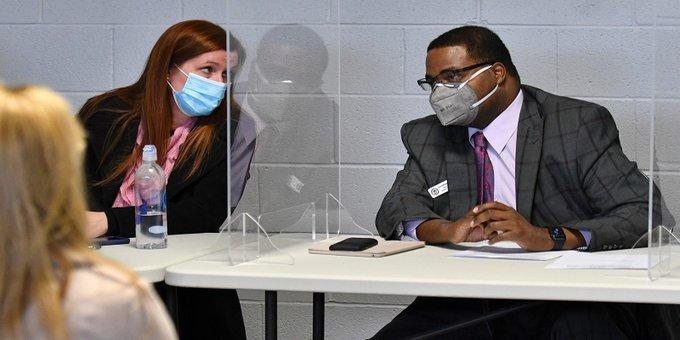 Update (1030ET): The Trump campaign has withdrawn its lawsuit in Michigan, citing the decision by two GOP members of the Wayne County Board of Canvassers to rescind their votes to certify the election.

“This morning we are withdrawing our lawsuit in Michigan as a direct result of achieving the relief we sought: to stop the election in Wayne County from being prematurely certified before residents can be assured that every legal vote has been counted and every illegal vote has not been counted,” said Trump campaign attorney, Rudy Giuliani. 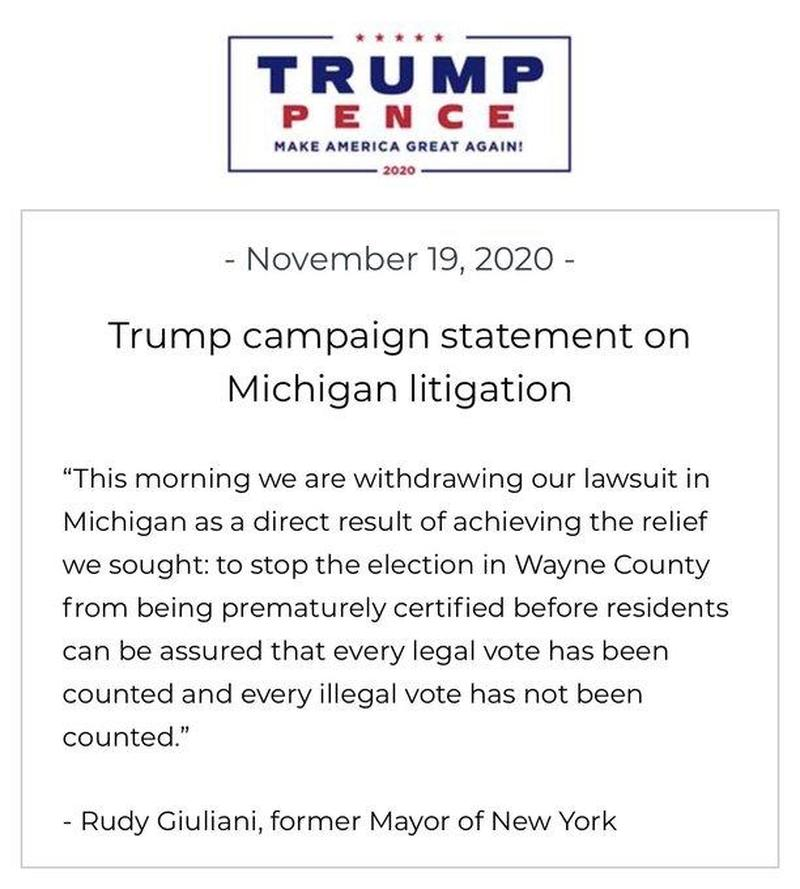 Meanwhile in Wisconsin - on Wednesday night the state Elections Commission agreed to recount ballots in two counties following a request by the Trump campaign.

“An order will be issued mandating that the recount take place. This is not a discretionary decision. This is simply what will happen,” said Chairwoman Ann Jacobs (D) during a Wednesday hearing via video teleconference.

GOP Commissioner Dean Knudsen says he believes the commission should issue guidance over ballots which had corrections made to witness addresses.

“They’ve essentially filed in advance a mass objection to all such ballots, that in this era of pandemic, and all our concerns for public health, and so on, it’s kind of ridiculous to have the observers have to be close enough to see each one and object individually to each one, when instead, we could give guidance at the outset that says, ‘hey, those need to be set aside, because those are going to be under litigation,” said Knudsen.

In a stunning development out of Wayne County, Michigan - two GOP members of the Board of Canvassers have rescinded their certifications of the Nov. 3 vote, claiming they were bullied into approving the election results in the state’s most populous county, which includes Detroit and surrounding areas.

Their initial refusal to vote placed the Board in a 2-2 deadlock, putting in jeopardy the state’s ability to certify Joe Biden’s win. Hours later, the two flip-flopped and agreed to certify. Now, they’re taking it back.

“I rescind my prior vote to certify Wayne County elections,” wrote Monica Palmer in a sworn affidavit, who along with fellow GOP board member William C. Hartmann refused to certify the election on Tuesday. The two fell under intense pressure from the left - with Palmer claiming that her family was threatened (via Just The News). The two were also doxxed over social media.

“The comments made accusations of racism and threatened me and members of my family,” continues Palmer’s affidavit, addimg: “The Wayne County election had serious process flaws which deserve investigation. I continue to ask for information to assure Wayne County voters that these elections were conducted fairly and accurately. Despite repeated requests I have not received the requisite information and believe an additional 10 days of canvas by the State Board of canvassers will help provide the information necessary.”

Hartmann, in a similar affidavit, wrote “I voted not to certify, and I still believe this vote should not be certified.” He added that he and Palmer “were berated and ridiculed by members of the public and other Board members.”

“The public ostracism continued for hours…” he continued - next describing how he was told by Wayne County attorney, Janet Anderson-Davis, that “discrepancies [in the vote] were not a reason to reject the certification,” and that he only voted to certify “based on her explicit legal guidance.”

“Later that evening, I was enticed to agree to certify based on a promise that a full and independent audit would take place,” he said - only to learn on Wednesday that state officials had reneged or would otherwise not honor the audit.

As JustTheNews’ John Solomon notes, “It was not immediately unclear whether the Tuesday night compromise was binding or could be changed, or whether the two members’ decision to announce their rescinded votes would stop Michigan state officials from proceeding to name electors.”