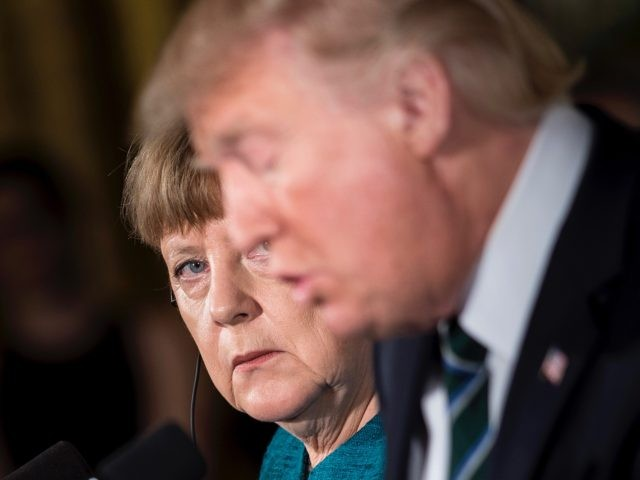 The German government has come out in opposition to President Donald Trump’s plan to bring American troops home from Afghanistan, arguing that putting an end to America’s longest war would be too “hasty”.

Members of Chancellor Angela Merkel’s government said that President Trump’s planned reduction of the American military presence in Afghanistan from 4,500 troops to 2,500 troops by January 15th would endanger peace negotiations between the Taliban and the Afghan government.

German Foreign Minister Heiko Maas said: “It shouldn’t be taken for granted that these two sides, after decades of conflict, are sitting at the negotiating table to begin talking to one another in a constructive way.”

“That’s why we shouldn’t add even more hurdles, which a rash exit from Afghanistan would lead to,” he said.

Germany’s Defence Minister, Annegret Kramp-Karrenbauer, argued that there should not be a reduction in NATO forces in the country if a peace agreement is not reached, saying: “As before, that is the basis we’re working off of.”

The German military joined the coalition efforts in Afghanistan following the September 11th terror attacks. At its height, Germany deployed 5,000 soldiers to the South Asian country, but now has approximately 1,250 soldiers deployed.

In 2015, German soldiers were removed from the combat, now serving as support units and helping to train the Afghan army. Since the outset of the war, some 59 German soldiers have lost their lives, compared to over 2,400 U.S. military and Defense Department civilians who have died in Afghanistan, with a further 20,721 wounded.

Conservative German MP Roderich Kiesewetter said that the United States is “morally obligated” to rebuild the Afghani military and civil society, saying in September: “A hasty and rash withdrawal would only lead to the collapse of social structures and the return of organized violence of all kinds.”

The Germans do not appear to be considering filling the gap left by a potential American withdrawal with their own forces, however.

The German opposition to a drawdown in Afghanistan comes after NATO Secretary-General Jens Stoltenberg vowed to keep NATO forces in the country.

“The price for leaving too soon, or in an uncoordinated way, could be very high,” Stoltenberg said on Tuesday, adding: “We now have under 12,000 NATO troops in Afghanistan, and more than half of these are non-U.S. forces.”

“We went into Afghanistan together. And when the time is right, we should leave together in a coordinated and orderly way. I count on all NATO allies to live up to this commitment, for our own security,” he proclaimed.

Secretary-Genera Stoltenberg warned that should there be a troop reduction, then Afghanistan would become a breeding ground for international Islamic terror, and that ISIS would try to reestablish their so-called caliphate in the country.

During President Trump’s tenure in office, he has frequently criticised Germany for failing to live up to its NATO obligations.

The wealthy powerhouse of Europe has so far failed to meet the NATO military spending of 2 per cent of GDP agreed to in 2014. Germany has more or less openly refused to meet this commitment, in fact, saying that it merely “hopes” to reach the spending target by 2031.

Last year, the country only spent 1.38 per cent of its GDP on defence, according to the latest spending figures released by the military alliance.

Then-American Ambassador to Germany Richard Grenell told Breitbart London in 2018 that Germany has been “woeful” in living up to its military obligations under the alliance.

“Germany is the largest economy in Europe. They made a commitment to NATO, and they should be serious about that commitment; it is a multilateral institution that guarantees the allies, guaranteeing freedom,” Grenell said.