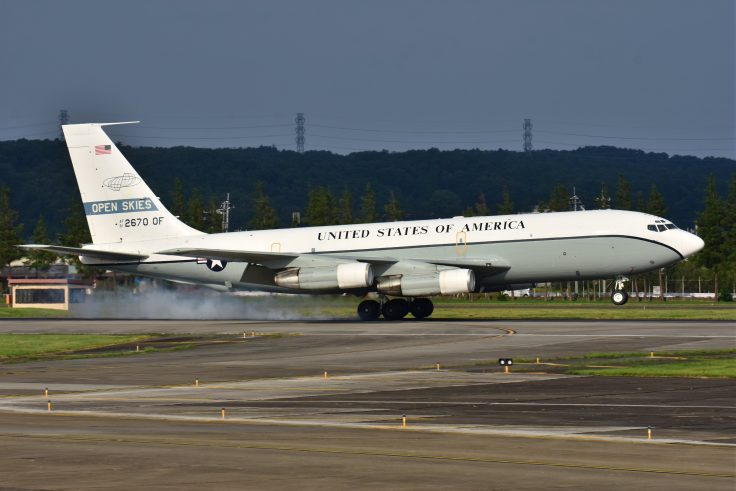 Washington on Sunday officially withdrew from the Open Skies Treaty, an international agreement setting rules for aerial surveillance that the United States has accused Russia of violating.

The Trump administration gave advance notice in May that it would withdraw from the 1992 treaty, waiting six months before officially exiting the agreement. The agreement, which applied to the United States and 34 other member countries, provides a framework allowing states to fly reconnaissance aircraft over one another with mutual consent.

Washington, however, maintains that the treaty was undermined by Russia’s flagrant abuse of the agreement. A May press release from the State Department outlined the Trump administration’s logic on the issue.

“Russia’s implementation and violation of Open Skies … has undermined this central confidence-building function of the Treaty—and has, in fact, fueled distrust and threats to our national security—making continued U.S. participation untenable,” the statement reads. “Rather than using the Open Skies Treaty as a mechanism for improving trust and confidence through military transparency, Russia has, therefore, weaponized the Treaty by making it into a tool of intimidation and threat.”

Specifically, the Trump administration cited Moscow’s restrictions on flights over Russian-held Kaliningrad, its use of the treaty to claim sovereignty over Crimea, and its refusal to permit surveillance of a large Russian military exercise as examples of Moscow’s bad-faith approach to the agreement.

Washington clarified that although it has withdrawn from the treaty, it remains committed to one of the major functions of the agreement—sharing intelligence with allies—according to CNN.

China, though not a signatory to the agreement, condemned the Trump administration’s decision to withdraw from the treaty.

“This move by the U.S. undermines military mutual trust and transparency among relevant countries, is not conducive to maintaining security and stability in relevant regions and will also have a negative impact on the international arms control and disarmament process,” Chinese foreign ministry spokesman Zhao Lijian said Monday.

While Joe Biden has not committed to rejoining the treaty after taking office, he affirmed his support for the agreement in a May statement, calling Trump’s decision to withdraw an example of the “short-sighted policy of going it alone and abandoning American leadership.”

Biden has made rejoining multilateral organizations that the current administration has designated as biased a top priority of his foreign policy agenda.