Leading Chinese Professor Talks about How U.S. Really Works and Why Ditching Trump Was the Goal 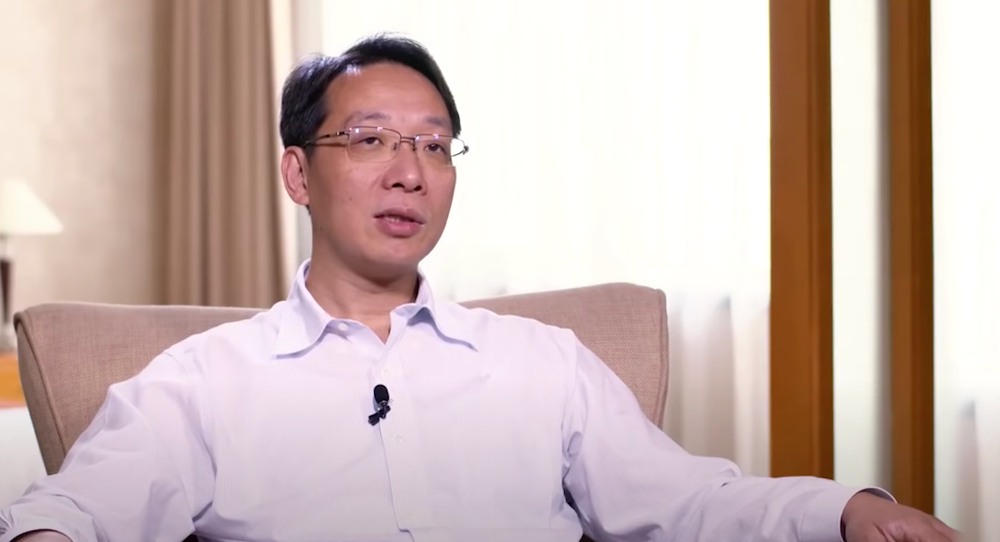 Thanks to Fox News’ Tucker Carlson, Americans are much more knowledgeable today about who really runs our country and why the all-out effort to depose President Donald Trump was launched more than four years ago.

Earlier this week, Carlson did a segment featuring a Chinese professor giving a presentation to a large group of fellow citizens recently in which he discussed the U.S. presidential election.

Specifically, Di Dongsheng, vice dean of the School of International Relations at Renmin University, in Beijing, noted that:

– Wall Street had been heavily influencing (not voters) U.S. policies since the 1970s

– China has people in high places within the U.S. government

– The election of Trump threw a wrench into the cozy globalist relationships between the American power elite and China’s wealth-creation schemes (in exchange, of course, for our intellectual property and manufacturing base)

– There wasn’t anything the Wall Street folks could ‘do about’ Trump on behalf of China because Trump wasn’t beholden to either (and in fact was bringing back parity in trade and other areas between the U.S. and China) In another talk, however, Di goes into even more detail about ‘how things work’ between both countries (hint: The Chinese citizen is making out much better than American citizens).

“The fact is the ‘United States’ does not really exist. What really exists are different interest groups,” Di explained. “At present, the U.S. has a very much divided society, part of which is a circle of elites. We called them ‘The Establishments,’ people with power and influence — it’s worth mentioning one particular part of the elites, called ‘Deep State.’”

Di, who is also an adviser to top Chinese government officials, talks about these “elites.”

“My understanding of this group is that it’s a group of middle and senior officials in the U.S. military, State Department, intelligence system, Dept. of Treasury, Dept. of Commerce, Office of the U.S. Trade Representative and U.S. Judicial Systems,” the professor said.

“Within the Capital Beltway, they are the big fish hidden in the swamp who Trump disgusts the most,” he added.

Di said elected officials come and go, but the ‘core’ of these deep state cretins and their functionary replacements are around forever and they are the ones who really ‘run things.’

“In the past 70 years, since World War Two, they were the ones who have been running the U.S., running the entire capitalism in the U.S., and operating the cold wars,” he said. “It is this small circle that actually dominates the world today.”

“In general, they despise Trump because they think they are the real masters of the U.S. capitalism. They consider Trump an outsider,” Dongsheng said, before noting that the 2016 election caught them completely off guard.

“They could not believe that someone like Trump could be elected and become their boss,” he said. “Can you imagine the feelings of people from this group? It must feel like the world was falling apart or feel like the sky is falling.”

The people who are really behind all of this opposition to Trump come from this core group, Di said.

“They took their advantages in their professions, resources and information and they have been fooling and playing tricks on Trump,” Dongsheng concluded.

So now we know:

– Who stole the election

– Why they stole it

– We the People do not now, and have not for decades, controlled our country’s destiny as our founders envisioned via the form of government they established. The only thing left now is to figure out what, if anything, we’re willing to do about it.