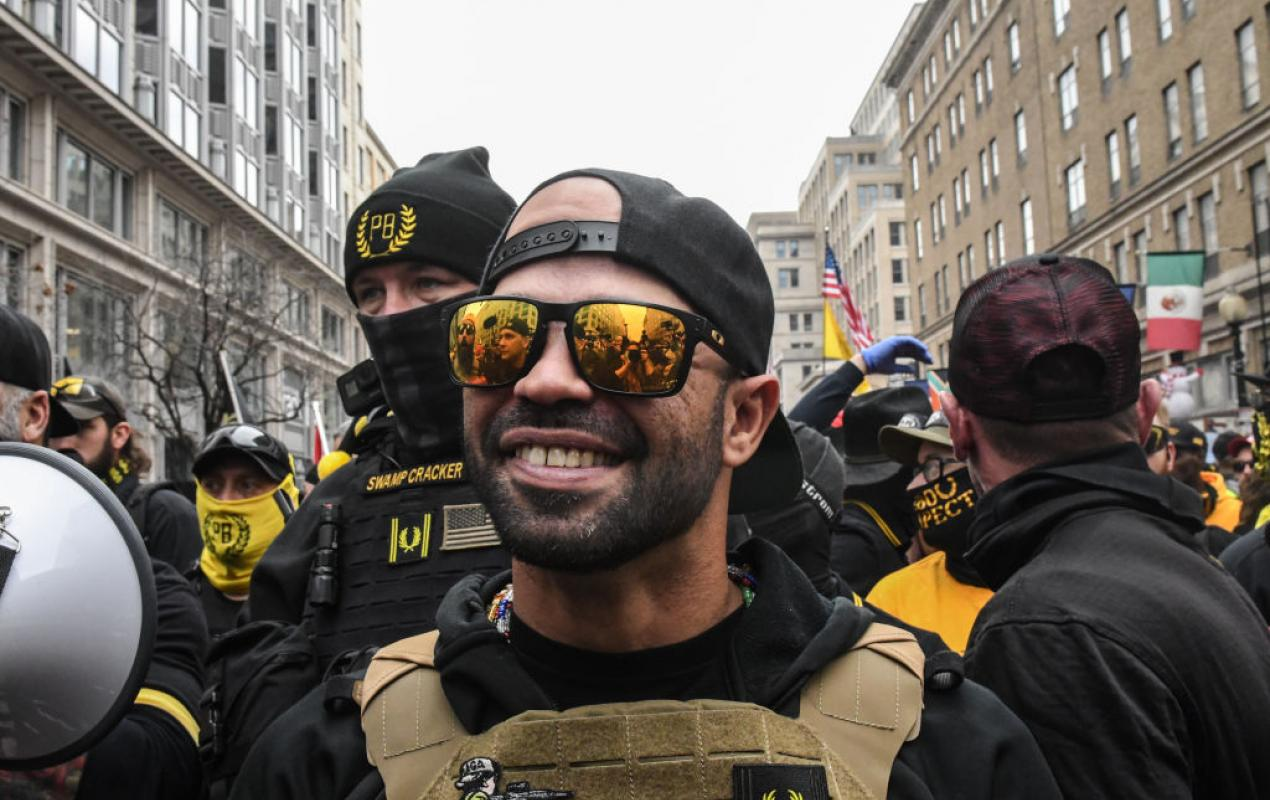 The leader of the Proud Boys, a group that supports President Trump, was arrested Monday by Washington, D.C., police, in connection with burning a Black Lives Matter banner taken from a church last month in the district.

The leader, Enrique Tarrio, was arrested on a warrant charging him with burning the banner, taken from a historic black church during a demonstration in December, officials told The Washington Post.

Police stopped a vehicle in which Tarrio had been traveling after it entered the District. Tarrio is believed to have been coming from an airport into the district. The pro-Trump “Stop the Steal” rally takes place Wednesday in the District.

Tarrio is charged with one misdemeanor count of destruction of property in connection with the Dec. 12 burning of the banner, stolen from Asbury United Methodist Church, according to the Post.

He told the newspaper last month that he was among those who burned the banner.

Tarrio was also charged with two felony counts of possession of a high-capacity firearms magazine, which was found during the arrest, police told the Post. Possession of the device is illegal in the District. Tarrio remained in police custody as of Monday evening.